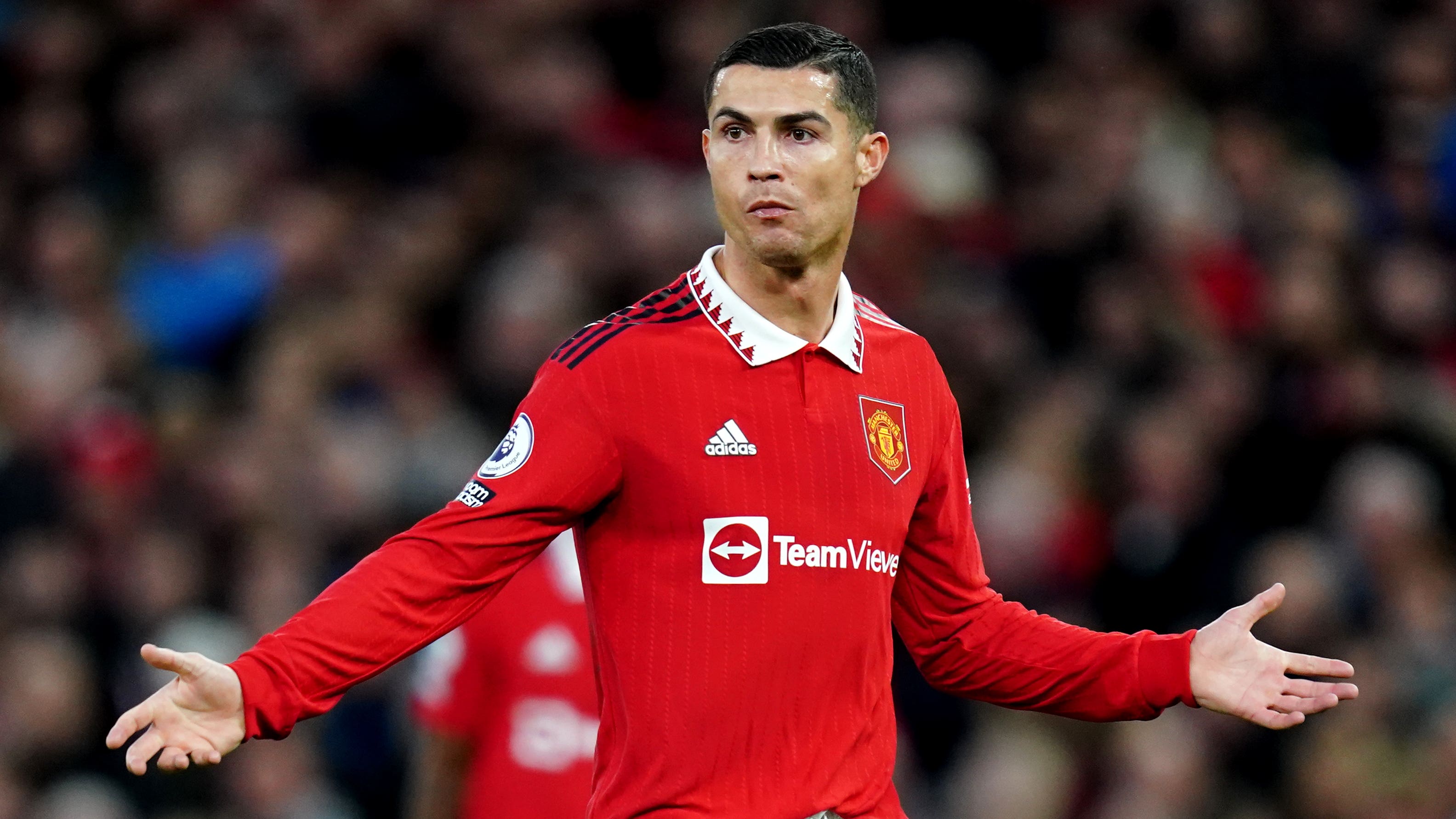 By By Carl Markham PANovember 22, 2022No Comments

Cristiano Ronaldo said it feels like “the right time for a new challenge” after his contract with Manchester United was terminated.

The 37-year-old’s position at Old Trafford looked untenable after his explosive interview with Piers Morgan in which he criticised manager Erik ten Hag and club officials.

After exploring their options the Premier League club issued a statement on Tuesday evening announcing the player’s departure with immediate effect.

United’s statement said the decision was mutually agreed with the player, whose reported £500,000-a-week contract still had six months to run, but it is understood there has been no pay-off and there are no ongoing obligations for the club.

The PA news agency also understands there are no restrictions on who Ronaldo can play for under the terms of his departure agreement, but Paris St Germain will not be an option after sources at the French club distanced themselves from a move for the player.

Portugal international Ronaldo, who is due to kick-off his World Cup campaign against Ghana on Thursday, issued his own statement in which he said: “Following conversations with Manchester United we have mutually agreed to end our contract early.

“I love Manchester United and I love the fans, that will never ever change. However, it feels like the right time for me to seek a new challenge.

“I wish the team every success for the remainder of the season and for the future.”

Ronaldo rejoined United for a second spell last year but fell out of favour this season under Ten Hag.

His relationship with the club had appeared to become strained during the early part of the season and problems were brought to a head by last week’s interview.

Among his comments in the programme were claims he felt “betrayed” by United and that he had no respect for Ten Hag.

He also said he felt people at the club were trying to force him out and that United showed a lack of empathy when his daughter was in hospital ill.

There were also wider complaints about the standard of facilities at the club as well as criticism of the owners.

When United responded by appointing lawyers to consider potential action for alleged breach of contract, it became clear a parting of the ways was likely.

United’s statement said: “The club thanks him for his immense contribution across two spells at Old Trafford, scoring 145 goals in 346 appearances, and wishes him and his family well for the future.

“Everyone at Manchester United remains focused on continuing the team’s progress under Erik Ten Hag and working together to deliver success on the pitch.”

Former team-mate Rio Ferdinand believes Ronaldo had a plan to navigate an exit.

“He obviously did that interview with the mindset he wanted to get out the club as he wasn’t happy and he made it very clear,” he told BBC One.

“But I also think Ten Hag has got what he wanted. Both parties are happy. Move on. Next chapter for Cristiano Ronaldo.”

Another ex-team-mate Wayne Rooney said the player’s “attack” on the club left United with no option.

“It’s sad to see it end this way but once everyone’s seen the interview and how he attacked the club I think there was no option so I’m not surprised, no,” Rooney told Indian broadcaster Viacom18 Sports’ VISA Match Centre Live.

It is an abrupt end to a career at United that was revived amid much fanfare in August last year when Ronaldo looked set to join rivals Manchester City from Juventus but a late intervention took him back to Old Trafford.

He scored 18 goals in the Premier League last season but United struggled, finishing sixth in a campaign in which they were managed by Ole Gunnar Solskjaer, Michael Carrick and Ralf Rangnick.

He made a slow start to the current campaign under Ten Hag after missing their pre-season tour, starting just four Premier League games and there were further controversies as he left the ground early during a friendly and refused to come on as a substitute against Tottenham.