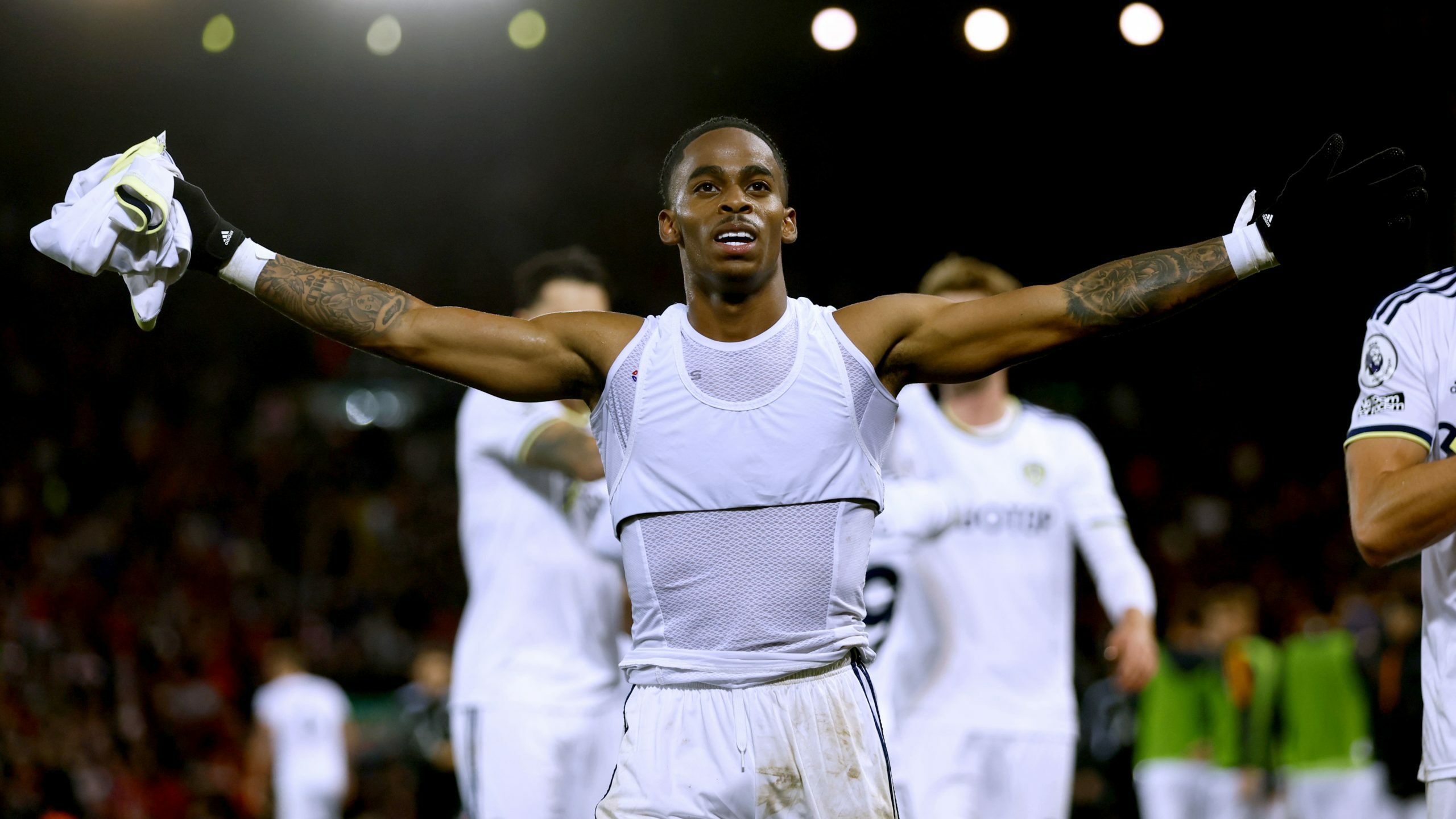 By Press AssociationOctober 29, 2022No Comments

Crysencio Summerville scored a late winner as Leeds registered their first victory in nine Premier League games with a dramatic 2-1 triumph at Liverpool to ease the pressure on boss Jesse Marsch.

The visitors took the lead in the fourth minute of a frenetic first half as they capitalised on a mix-up between Joe Gomez and Alisson Becker, with Rodrigo tapping in, before Mohamed Salah’s 14th-minute finish drew things level.

Brenden Aaronson almost put Leeds back in front soon after, volleying against the bar, and they subsequently looked set to secure a point after Illan Meslier made a number of fine saves in the second half.

Summerville then struck past Alisson in the 89th minute to give the Yorkshire outfit their first win at Liverpool since 2001, ending a four-match losing streak.

Having said prior to the match that he was “sick” of defeats, Marsch – who had endured calls from Leeds fans for him to be sacked in recent games – will certainly be feeling better as his side rose out of the relegation zone, up four places to 15th.

For Liverpool, meanwhile, it was a second shock league defeat in a row, a week on from the 1-0 reverse at Nottingham Forest, as they failed to build on Wednesday’s 3-0 Champions League victory at Ajax – suffering their first loss at home in the league since March 2021.

They have now been beaten four times in 12 league outings this term – posting only four wins – and lie ninth in the table.

In a chaotic start to the game, Leeds survived a scare in the first minute as Liam Cooper inadvertently sent a header beyond Meslier, Salah delivered the ball towards goal and Pascal Struijk made a clearance on the line.

Moments later, it was Liverpool who were guilty of a defensive error – and made to pay. Gomez tried to play the ball back to Alisson, the goalkeeper slipped and Rodrigo was left with a simple finish to put Leeds ahead.

The early action continued with Jack Harrison firing wide of the hosts’ goal and Meslier blocking a Roberto Firmino effort, before Salah equalised just prior to the quarter-hour mark, hooking in from Andy Robertson’s cross.

Leeds almost went back ahead in the 20th minute as Aaronson cracked a volley against the bar, and seconds after that Harrison was presented with a good chance and saw his shot saved by Alisson.

At the other end, Meslier blocked with his leg when Darwin Nunez was played in, and then dealt with a shot from Salah.

Robertson was involved in a flare-up with Tyler Adams after fouling Aaronson, then saw a deflected cross drop just wide of Meslier’s goal, and Alisson subsequently saved a low Rodrigo strike in the final moments before a breathless first half came to an end.

With the tempo having dipped a little, Salah blasted into the stand at the end of a dribble 10 minutes into the second half, and Patrick Bamford, who had replaced Rodrigo, had a shot caught by Alisson.

Increased Liverpool pressure then saw Meslier bat away a Robertson strike, make a great save to deny Nunez and turn behind an effort from Jordan Henderson, another substitute.

Further excellent work from the French goalkeeper followed as he kept out a Nunez shot, and, in the final 10 minutes, efforts from Firmino and Salah.

Summerville then sent the away fans into delirium with a minute of normal time to go as he slotted past Alisson having been teed up by Bamford.