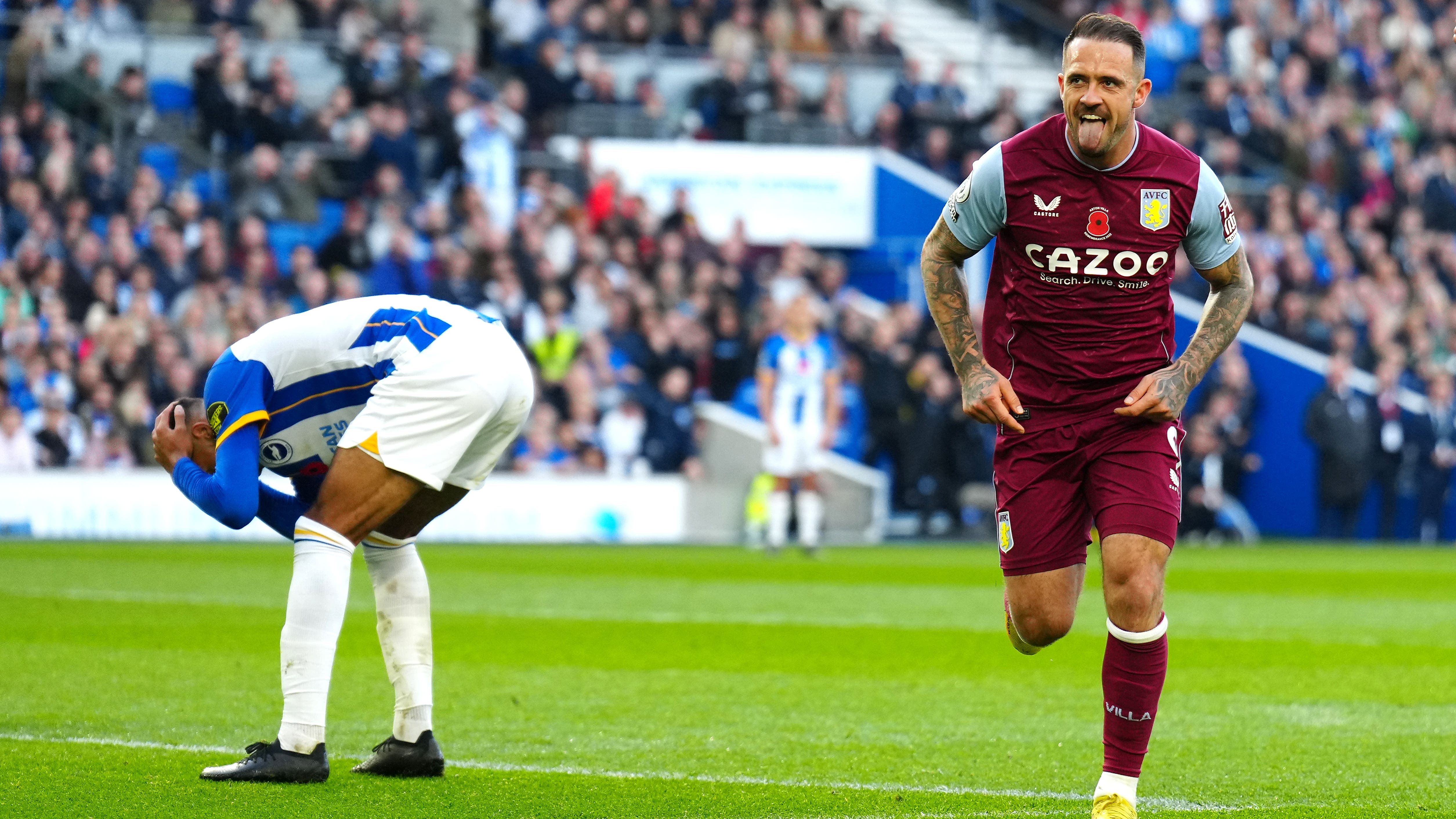 A brace from Danny Ings helped Aston Villa end their away day blues in the Premier League at the eighth time of asking with a 2-1 victory at Brighton.

Villa’s dismissal record on the road this season contributed towards Steven Gerrard’s sacking last month but successor Unai Emery was able to celebrate three points on the south coast following a fine comeback.

Alexis Mac Allister fired Brighton into an early lead but the away side regrouped and claimed the spoils with Ings netting a first-half penalty before his deflected strike early into the second half downed Roberto De Zerbi’s men, who were denied a late penalty by VAR.

This was the penultimate Premier League fixture before the World Cup and while there were some absentees, seven Qatar-bound players started.

Mac Allister was one of them and celebrated his Argentina call-up with a goal after 49 seconds against his compatriot Emi Martinez.

Villa goalkeeper Martinez was partly culpable after playing a short pass into Douglas Luiz, but the Brazilian was brushed aside too easily by Mac Allister, who rifled home his fifth goal of the season.

A frantic opening period continued with Adam Lallana being forced off with injury before Jacob Ramsey went down for the visitors, but he was able to continue.

Levi Colwill had already denied Ings with a fine sliding tackle to make an impressive start to his full debut in the Premier League.

Villa responded well to going behind and claimed a deserved leveller in the 20th minute.

Emi Buendia found space and produced a perfectly-weighted pass for John McGinn to race onto with Lewis Dunk bringing down the Scotland captain inside the area.

It gave Ings the chance to score from 12-yards, which he duly accepted but only after Robert Sanchez got a hand to his penalty kick.

Poland international Matty Cash and Mac Allister had to shake off niggles not long after, before Pascal Gross almost caught out Villa goalkeeper Martinez with a wicked inswinging delivery from a corner.

Down at the other end, Dunk made a timely sliding block to thwart Ramsey following Ings’ flick to ensure it remained 1-1 at half-time.

Leandro Trossard found the net five minutes into the second period but his long-range screamer did not count after referee Chris Kavanagh had already blown his whistle for a foul on Cash.

Cash almost created Villa’s second when he got in behind Pervis Estupinan and crossed in for Buendia, but the Argentinian’s diving header hit the post.

Emery’s side stayed alert and did take the lead seconds later in the 54th minute.

Luiz was able to atone for his mistake for Brighton’s opener after he won possession from Mac Allister outside the hosts’ penalty area and Ings dribbled past a rash Dunk tackle before his effort beat Sanchez following a deflection off Colwill.

It improved the Seagulls, who wanted a penalty when Lucas Digne and Solly March came together with the Villa defender clearly catching the home winger but despite a VAR check by Jarred Gillett, no spot-kick was given.

This only added to the frustration of De Zerbi, who was booked for repeatedly remonstrating about Villa’s time-wasting and despite eight minutes of stoppage time, no leveller could be found with Emery celebrating another win.