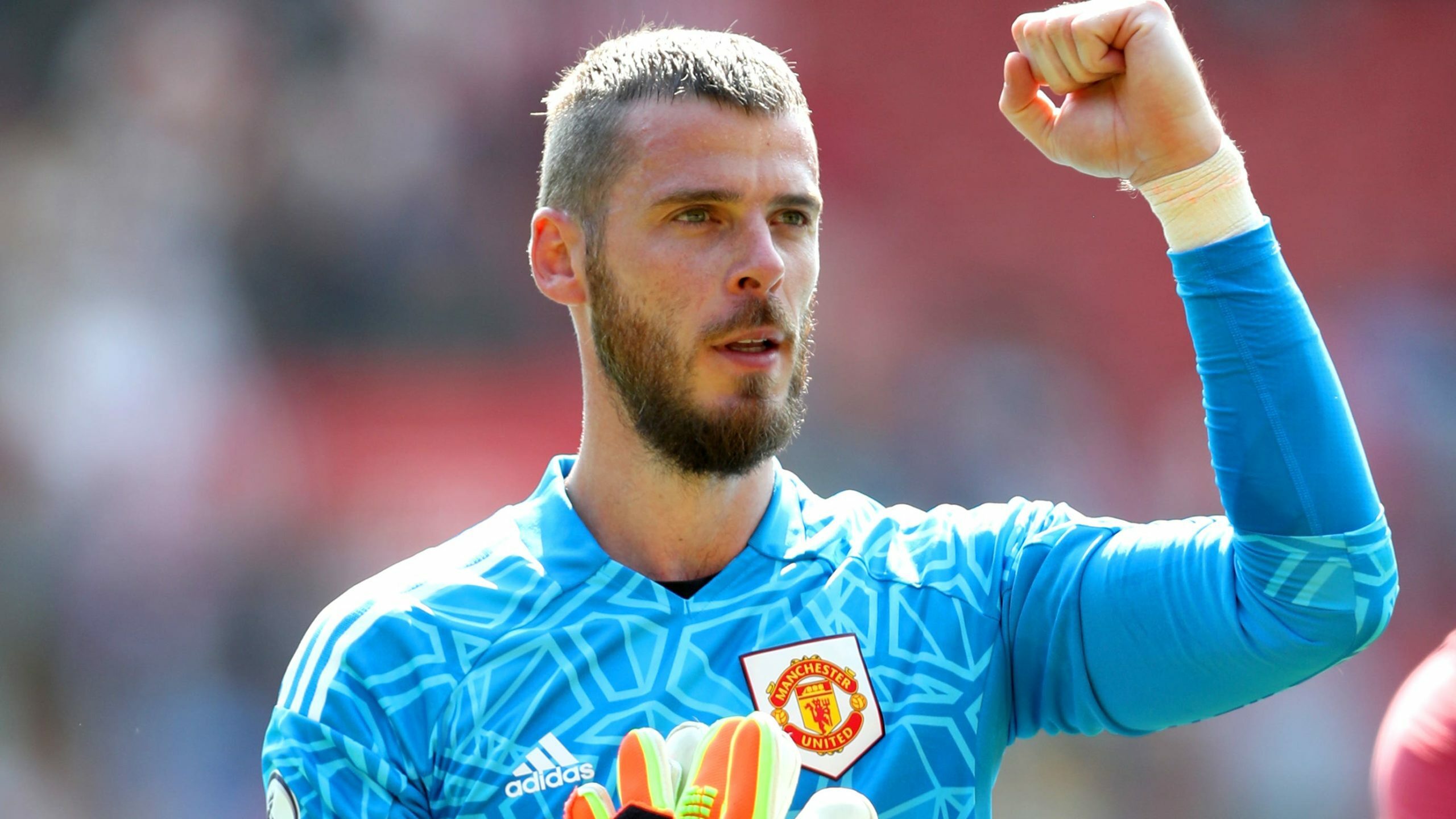 David De Gea says it is “unbelievable” to think he will become just the 11th player in Manchester United’s history to make 500 appearances for the club when he lines up against Newcastle on Sunday.

The 31-year-old moved to Old Trafford from Atletico Madrid in 2011 and has won the Premier League, Europa League, FA Cup and EFL Cup, along with picking up numerous individuals awards.

There have been ups and downs during his De Gea’s time at United, where he will reach a historic milestone this weekend when he starts against Newcastle at Old Trafford.

The Spain international will be presented with an engraved plate ahead of kick-off to mark his 500th appearance for the club and will wear a specially designed pair of gloves for the match.

“To play 500 games for this club is very special for me, of course, but probably I will realise more when I stop playing football, when I retire and then look back and say ‘OK, I played more than 500 games for a massive club like United’.

“I’m super proud and it’s amazing, to be honest.

“Just to be part of this club is massive and it’s so difficult to get here, so it’s a dream to be here and already play as much as I’ve played. It’s unbelievable.”

Stepney is the only goalkeeper ahead of De Gea in United’s appearance list and his record of 539 is the crosshairs of the Spaniard, whose deal expires at the end of the season but includes an option of a further year.

The shot-stopper has started every Premier League and Europa League match for United this season and will be hoping to mark Sunday’s special game by helping his side to a third-straight home Premier League win.

It has been six weeks since Erik Ten Hag’s side last lined up at Old Trafford for a top-flight game, with Sunday’s match followed by Wednesday’s home clash with Tottenham and trip to Chelsea next weekend.

“We always go from game to game,” the United boss said following Thursday’s last-gasp 1-0 win against Omonia Nicosia in the Europa League.

“It gives another impulse to the team, to the belief. The spirit is already good but it will give a push to that spirit again. It will strengthen the belief in the squad.

“For the rest, we have to go from game to game. These are tough opponents but we are really looking forward (to them).

“These are real tests for us as a squad to go into battle. And as I say, it delivers energy.

“I think (Newcastle) is a team who can play in high intensity with a lot of energy and that makes them a tough opponent. We know we have to play our best to get the right result.”