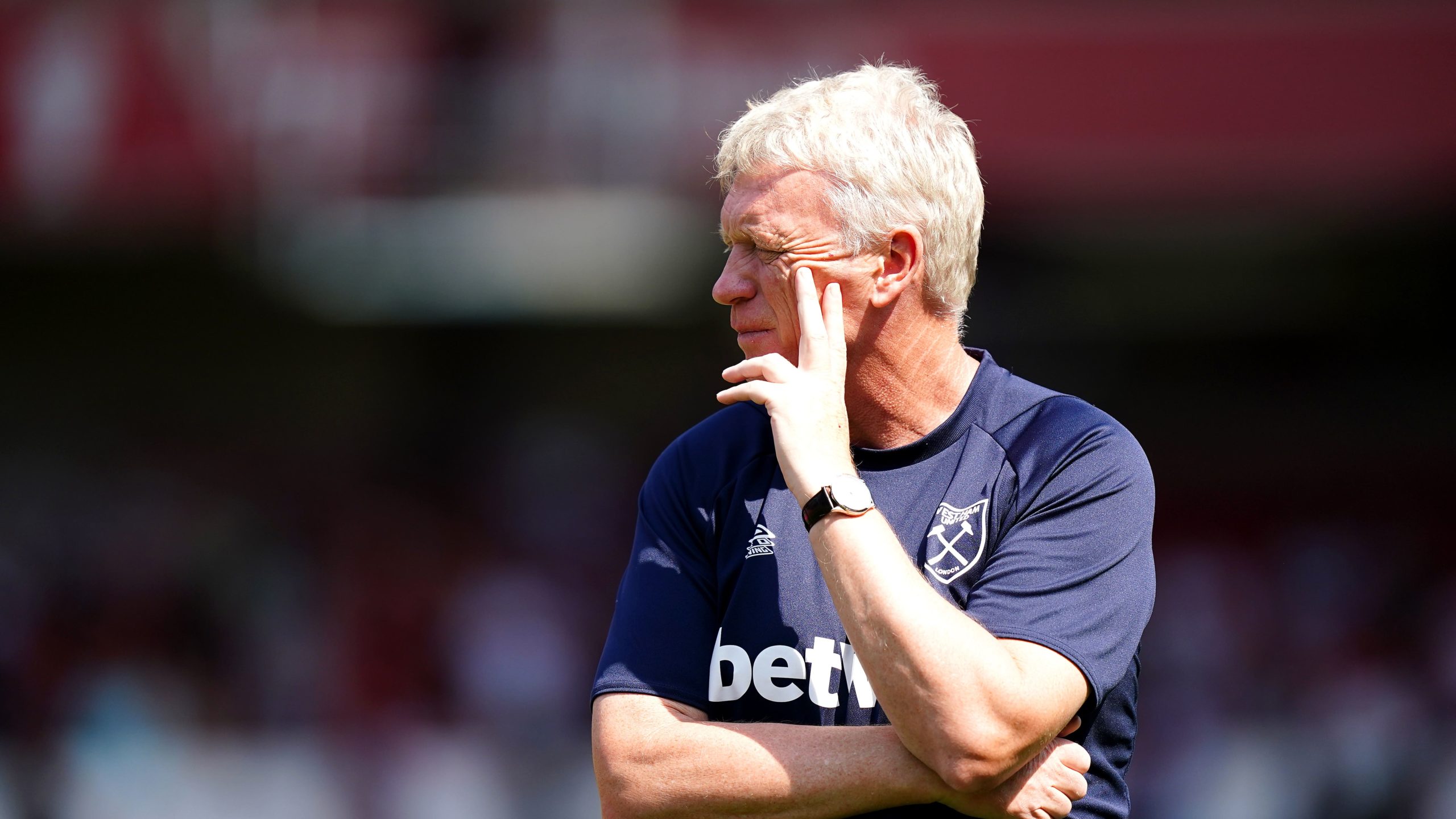 David Moyes admitted West Ham’s poor start to the season is a cause for concern after they slumped to the foot of the Premier League.

It is their worst start to a season for 51 years and they are also the only team in all four divisions yet to score a goal.

“I am concerned, but also I’m having to bed people in,” said Moyes, who started with £30million striker Gianluca Scamacca on the bench again.

“We’ve not quite got everything in place. Hopefully our quality will show through in the coming weeks.

“Alarm bells is too strong. We finished seventh, then sixth, and we take positives from that. We’ve lost a wee bit. We need to get away from that position.

“Last year we were one of the top goalscorers. But we are struggling a bit for goals. We’re aware we are not as free-flowing as we have been.”

There are also problems at the back with Kurt Zouma and new signing Thilo Kehrer culpable for both goals.

When Zouma gave the ball away upfield Trossard played in Danny Welbeck, who was upended by Kehrer to concede the penalty.

“I slept on it, because I don’t think Thilo was ready to start the game,” added Moyes.

“He made the wrong decision to go to ground for the penalty kick. We gave the ball away terribly. They countered. Had he stayed on his feet, he would have probably seen it out.

“I probably wouldn’t have started Thilo if we’d been in a better place or had some other centre-halves available.”

Scamacca came on after an hour, but five minutes later Brighton doubled their lead.

Mac Allister’s pass forward found Pascal Gross, who held off Zouma while flicking the ball into the path of Trossard for a neat finish past Lukasz Fabianski.

“I’ve only been here three years so you can’t blame me completely for all of that,” smiled Brighton boss Graham Potter.

“I thought we played well, not perfectly, but it was not easy out there.

“We scored a goal at a good time and had enough control of the game to say we deserved to win.

“There’s no secret, it’s just a hard-working team. When we play well we can can compete.”

Striker Neal Maupay looked to be on the verge of signing for Nottingham Forest last week, but he was among the substitutes in east London.

“It sounded imminent last week, it’s less imminent now,” said Potter. “That’s why he was in the squad. We’re happy to have him in the squad.”