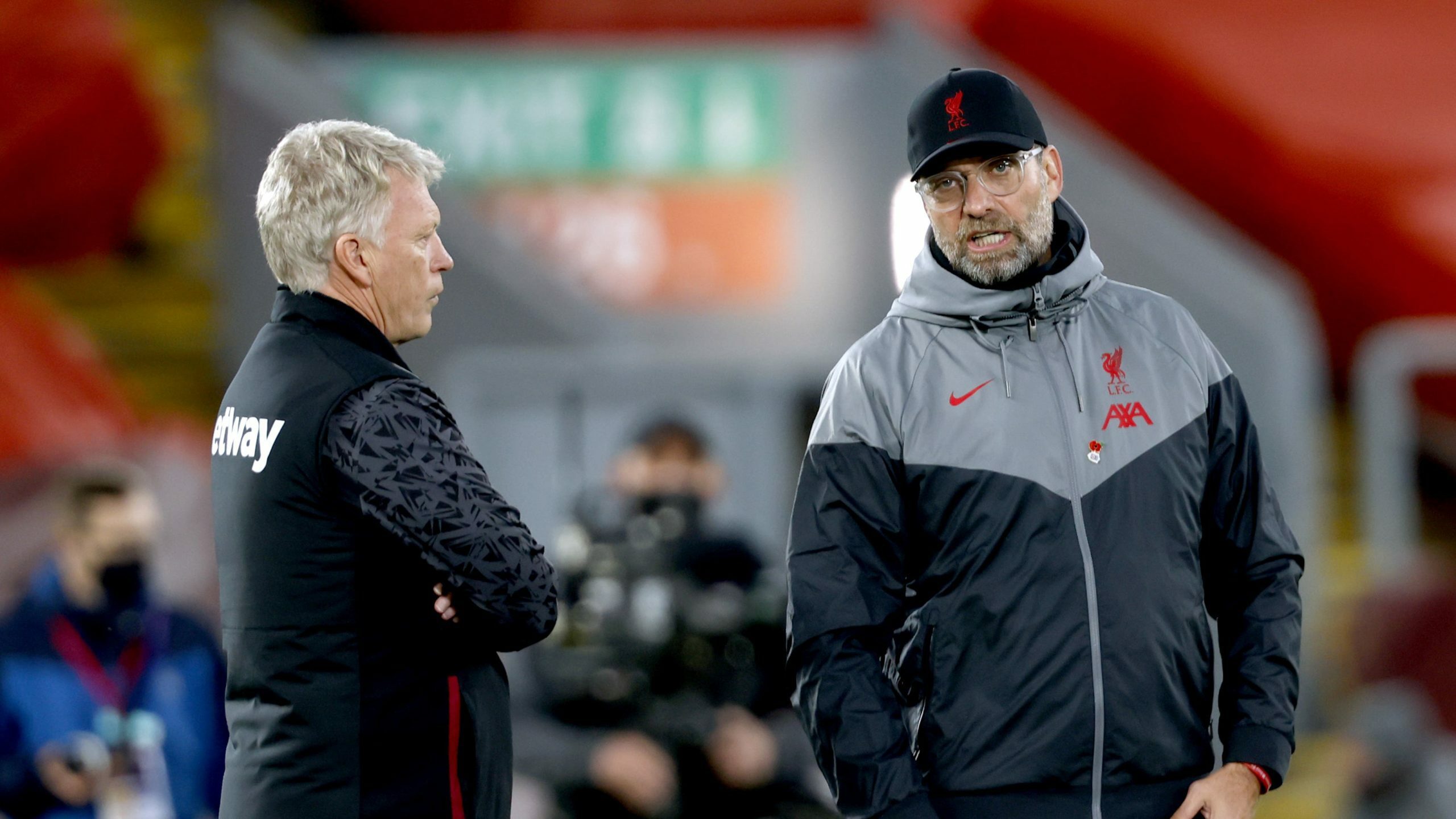 Klopp was shown a red card after fuming at assistant referee Gary Beswick for not flagging for a foul during the 1-0 victory at Anfield.

He was hit with a Football Association charge on Tuesday but will be in the dugout for the visit of Moyes’ West Ham following his dismissal as he has until Friday to respond.

Klopp had felt his side should have been awarded a free-kick after a challenge on forward Mohamed Salah by City’s Bernardo Silva.

Speaking after the game he said his reaction was “about emotion” and took blame for the sending off, saying he “went over the top” but that he felt he had not disrespected the official.

Moyes sided with Klopp and hopes he will be able to go head-to-head with the Reds boss on Wednesday night.

“First thing I’ll say is that I hope he is in the dugout opposite,” he said.

“Part of this job is you want to play against the best, compete against them and Jurgen is up there with them all with what he has done for Liverpool over the years.

“His actions are part of it, we are really het up and if you were in that position you would probably feel the same.

“We have all got great respect for referees and the work they have to do, I hope in their way they will understand that, for 90 minutes and a bit longer we might lose our heads a little bit.”

Moyes also believes fans would expect a response from their respective manager to any perceived injustice.

“I don’t think you should really be asking me a question about Jurgen Klopp because I can’t speak for Jurgen Klopp,” he added.

“For 90 minutes or so it becomes a really emotional game, sometimes you can change your character from what your true character is.

“But I think if we stood there and did nothing, I think our supporters, the public, you (the media), would probably be questioning why not?

“I think if you look at the incident he got angry about, he was correct, wasn’t he?”

West Ham have not won at Anfield since 2015, a run of five straight defeats in their most recent visits proving how much they have struggled for a result there.

However, the Hammers were narrowly beaten 1-0 last season and Moyes admits Anfield is one of the hardest places to go as a visiting team.

“It is probably, in football terms, as hard a place in the world to go and win a game for anybody,” the former Everton and Manchester United manager said.

“The best manager in the world (Manchester City boss, Pep Guardiola) has found it very difficult to go there and get a result and that is why it is difficult for us all.”