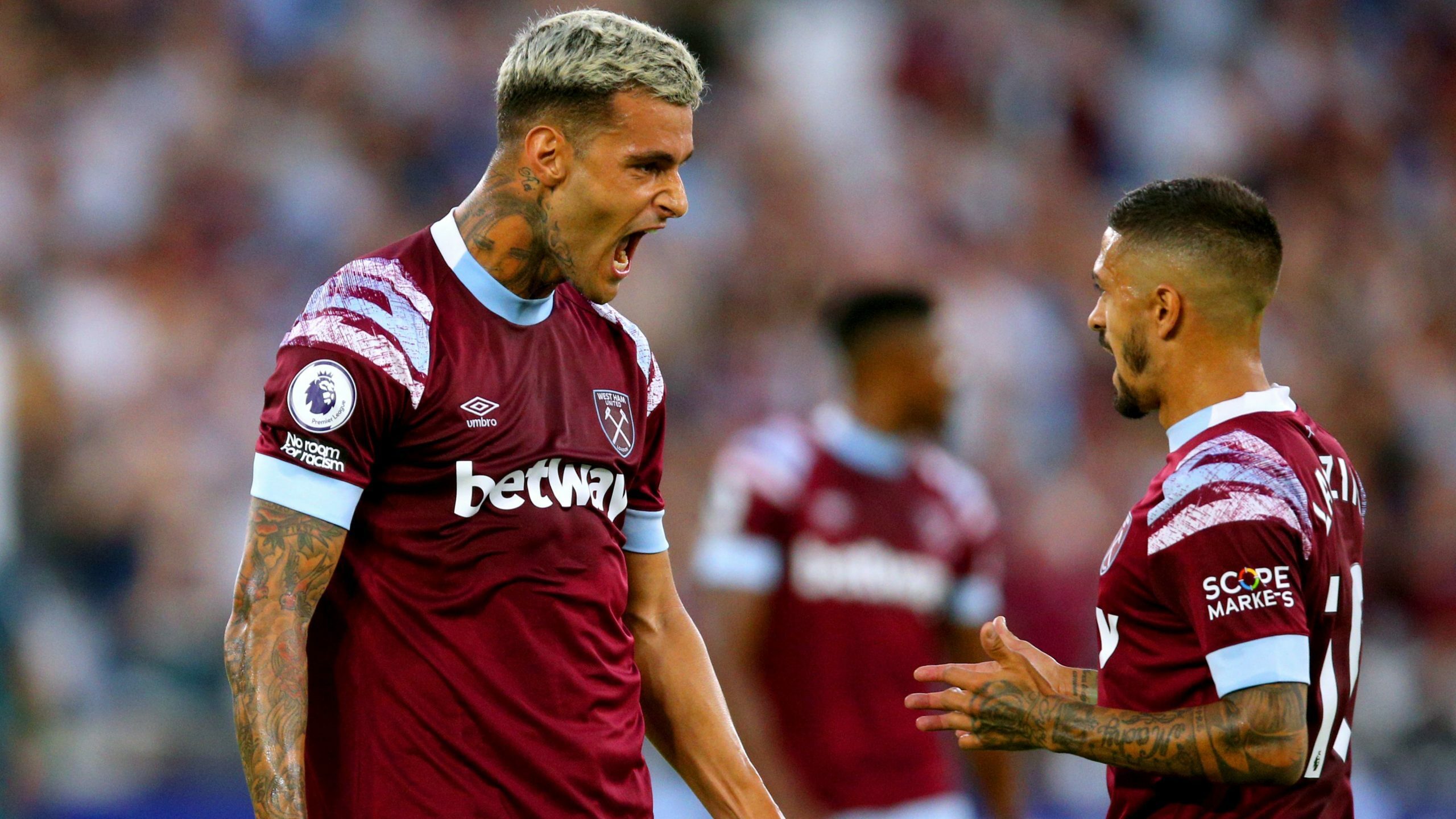 David Moyes: Give Gianluca Scamacca time to make his mark at West Ham

West Ham boss David Moyes feels it would be unfair to expect too much too soon from summer signing Gianluca Scamacca.

The Italian frontman, a big-money summer signing from Sassuolo, got his first goal for the Irons in the 3-1 win over Danish club Viborg in their Europa Conference League qualifying play-off tie on Thursday night.

Scamacca, 23, has been utilised from the bench in the opening two Premier League games so far, which have both ended in defeat.

West Ham host Brighton on Saturday, with fans hoping to see Scamacca given another chance to impress.

Moyes, though, intends to give the 23-year-old plenty of opportunity to find his feet.

“I think in time he will (have an impact). If we are going to judge him quickly, I don’t think that is fair,” Moyes said.

“We will be trying to bring him into the Premier League gradually and we will look to do that as we go along.”

“But we have seen enough from him to suggest he has a lot of things going for him and hopefully he will help us.”

West Ham will have Declan Rice and Aaron Cresswell available again for Sunday’s Premier League game as the duo were suspended for the European fixture.

Moyes will also be back on the touchline having served his own ban for kicking a ball at a ball boy during last season’s Europa League semi-final defeat in Frankfurt.

“These games are easy on paper, but are much harder to play,” said Moyes of the win over Viborg.

“You can easily slip up in these games, we have seen it happen before. It was a tough game but we got there in the end.”

Germany defender Thilo Kehrer made his debut on Thursday night following his move from Paris St Germain so should be involved again, while Angelo Ogbonna returned from a long-term knee injury to captain the side.

Craig Dawson continues to be monitored as he recovers from a thigh problem.

Moyes remains on the look-out for more cover at left-back, but refused to be drawn on reports linking West Ham with Chelsea defender Emerson.

“I wouldn’t talk about players at other clubs until they become my player,” said Moyes.

“We would like somebody in that left-back area to help Cressy (Cresswell) and give us some more cover there, we have not had it, but I wouldn’t talk about any individual players from any other clubs.”