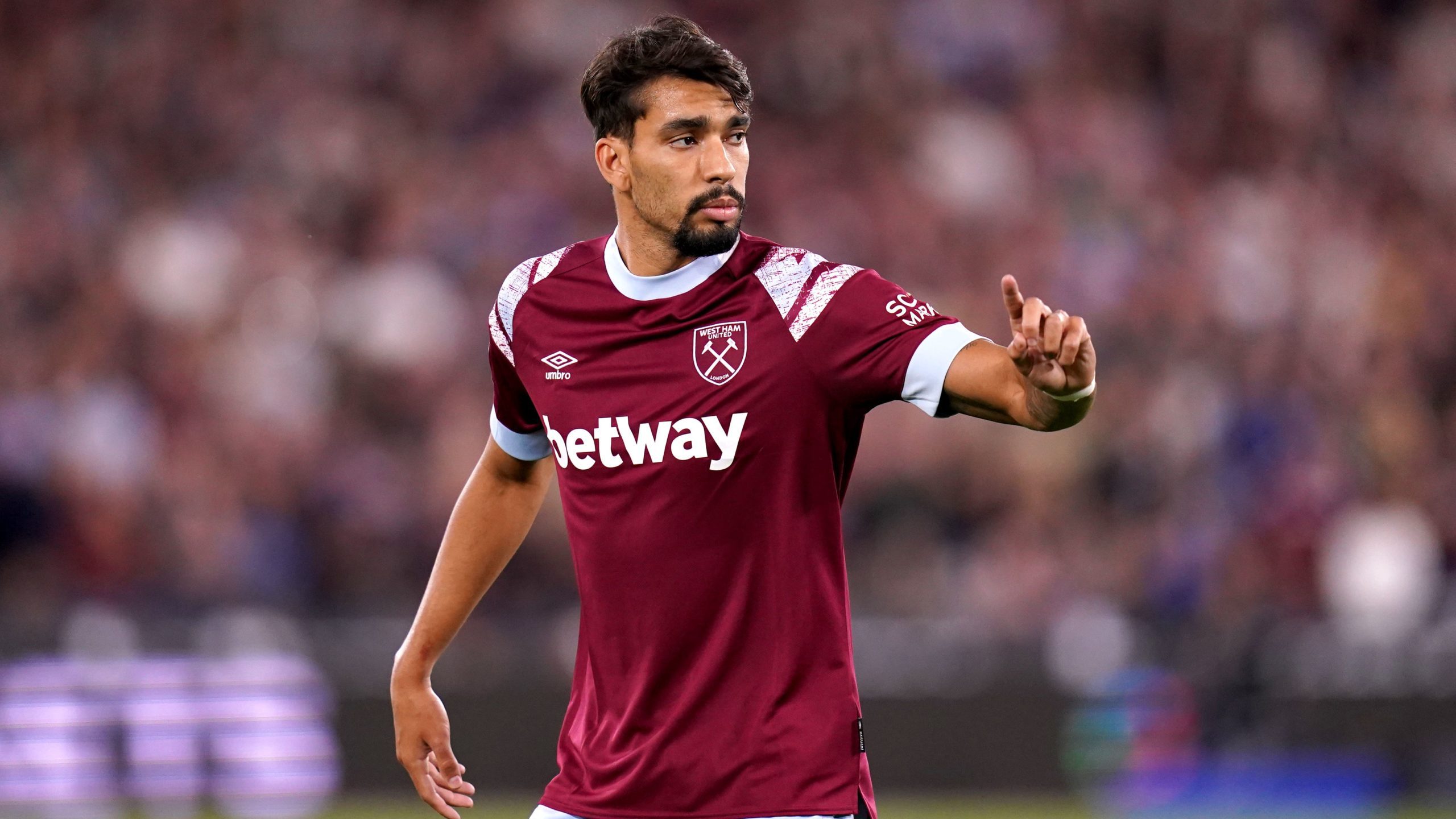 West Ham will treat Lucas Paqueta’s shoulder injury with great care because of the unusual nature of the problem, manager David Moyes said on Friday.

Having initially feared the Brazil international midfielder might miss the World Cup after suffering the injury late on in last weekend’s draw with Southampton, the Hammers are now optimistic his absence will not be long term.

But Moyes remains wary, telling a press conference: “We don’t think Lucas Paqueta’s injury is as serious as first feared. But the injury is not one that is normal for football players, so we need to treat it accordingly.”

Moyes hopes to see a more clinical performance from his side against Bournemouth on Monday, saying: “All we can do is make the players more aware that we think we’re missing too many opportunities.

“We need to get a better goal tally than we’re getting at the moment. We’ve got to get goals all around the team.”

West Ham have a hectic fixture list, with the Europa Conference League meaning they must play twice every week until the break for the World Cup next month.

Asked if he would rotate his players, Moyes said: “I think we’ve got seven games to go between now and the World Cup break. We need to think about how we use the players well enough and who is ready for the job.

“You want to always play your best team but you sometimes need to change things to keep them fresher.”

Moyes has been boosted this week by winger Maxwel Cornet returning to the grass, and he has an outside chance for Monday’s match along with defender Craig Dawson.

The Hammers come up against a familiar face in former West Ham midfielder Gary O’Neil, who has been in caretaker charge of Bournemouth since the end of August.

O’Neil suffered his first loss in midweek when the Cherries were beaten by Southampton and Moyes has been impressed by his achievements so far.