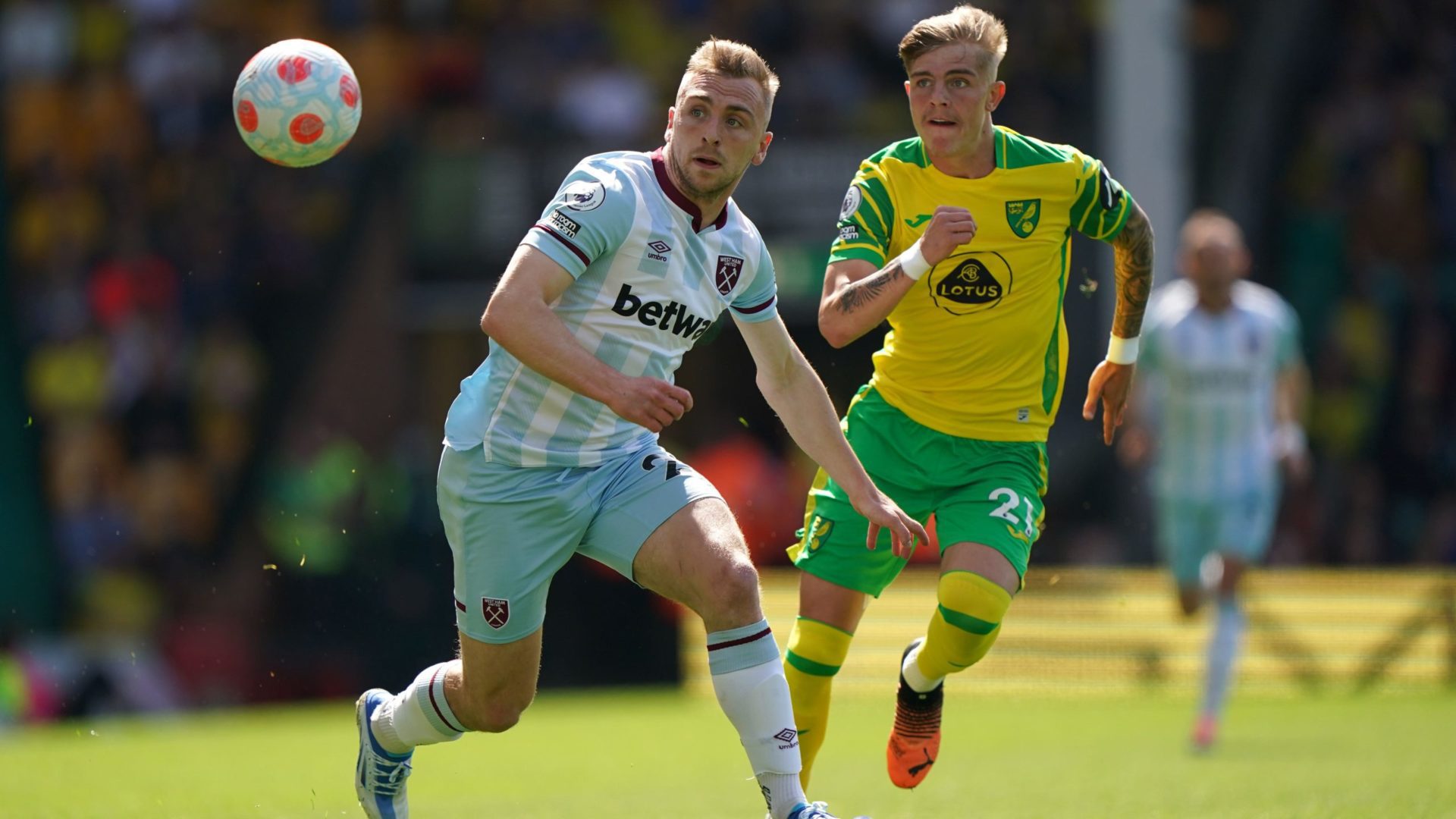 Dean Smith says controversy over Brandon Williams’ post is behind them

Dean Smith has declared the controversy surrounding Brandon Williams a closed matter ahead of Norwich’s trip to Leicester.

Following Sunday’s 4-0 loss at West Ham, full-back Williams, who is on loan with the relegated Canaries from Manchester United, posted a middle-finger gesture on Instagram.

In a subsequent post on Monday, the 21-year-old then said that after leaving the stadium he had been abused by supporters while in his car, and that some individuals had followed him for a period.

Norwich issued a statement of their own saying: “We stand with and support Brandon in being against the abuse he was subject to from a minority of our fans.”

According to the Pink Un, boss Smith told a press conference on Tuesday: “He has posted that in an emotional moment.

“What we can’t do is condone anybody following players. We can’t condone what he did as well, but he did the right thing and took it down and gave his reasons for it.

“When I first saw it I didn’t have a clue what it meant. I am not a social media person so I had no idea of the context.

“But the people at the football club contacted Brandon straight away to see what it was about, what he was doing. Then he realised the responsibilities he has and took it down very quickly.

“He has issued a reason why he did that. As far as I am concerned and the club is concerned that is the end of it.

“I have not spoken to him about it. I don’t think I need to. There are people at the football club who deal with that and have dealt with that.

“He’ll be here until the end of the season. He goes back to Manchester United then. He trained really well on Monday. He will train today and we will assess him.”

Norwich, whose relegation from the Premier League was confirmed the weekend before the West Ham game, when they lost 2-0 at Smith’s old club Aston Villa, have three more matches to go.

After Leicester, they play Wolves away before concluding their campaign by hosting Tottenham.

They could still avoid finishing bottom, currently lying a point behind 19th-placed Watford.

And Smith, who replaced Daniel Farke in November, said in quotes on Norwich’s official website: “We have to go and compete, individually, for pride more than anything.

“The players know that if we could finish above Watford what it would mean to the football club, but I think more importantly now it is down to them individuals to show which direction their careers are going in as well.

“It is tough because motivating and lifting a group that has been relegated already is difficult, but the players know what is to be played for and they have been made aware of that and we can’t be giving away calamitous goals away like we have been doing over the last three or four games.

“We haven’t been up to the level of a lot of the teams in this league. I still don’t believe that we are the worst team in the league, but we haven’t done enough to disprove that. So, ultimately, the table doesn’t lie, and we have got to make sure that we try and finish 19th and that is the big thing for us at the moment.”