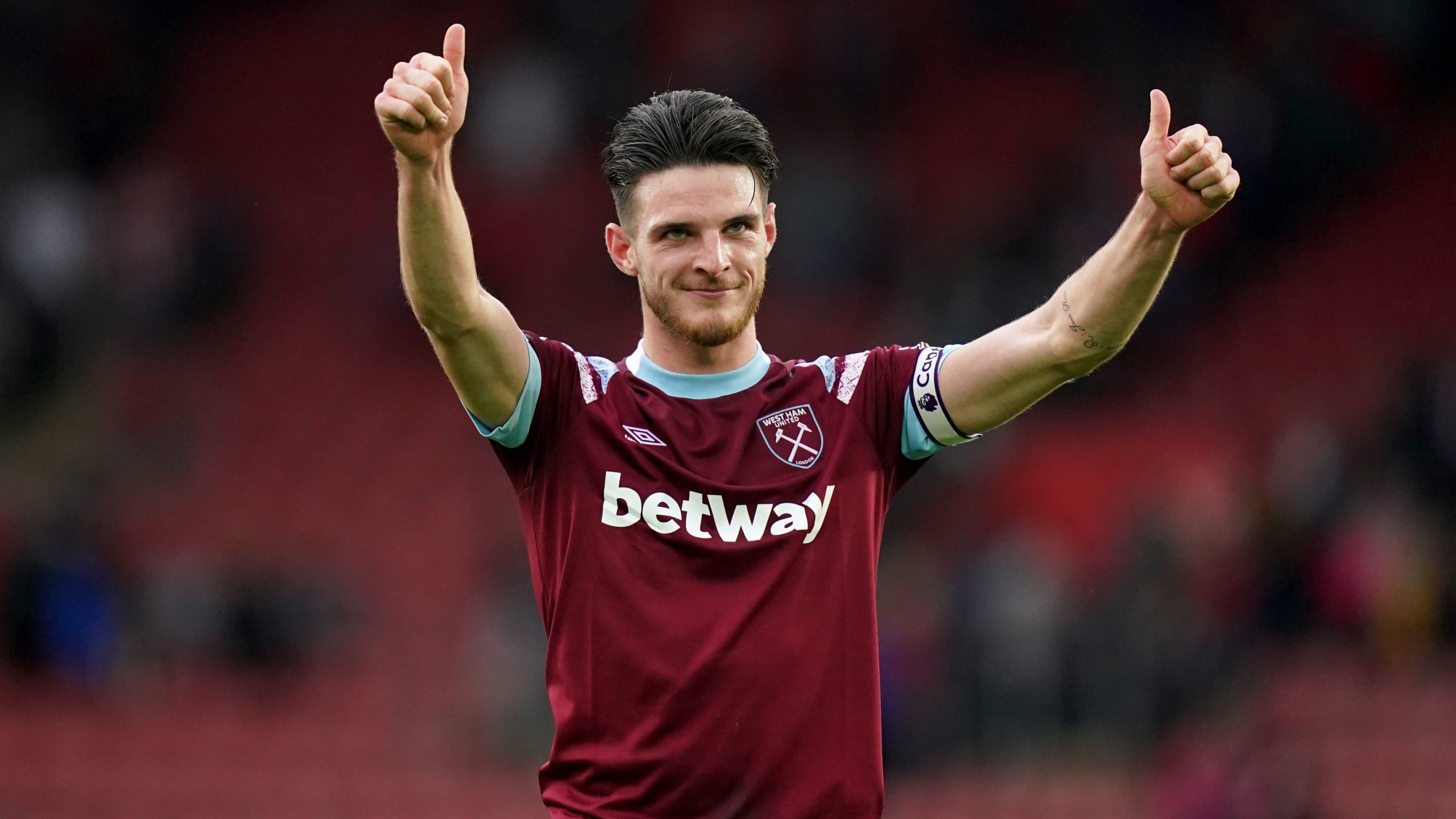 O’Neil once played in the same position for the Irons and started in midfield as they won the 2012 Championship play-off final.

The Cherries travel to London Stadium on Monday night and, when asked about Rice’s World Cup potential, O’Neil agreed the 23-year-old is an intimidating presence for both club and country.

He said: “He’s a fantastic player, has so many strengths for a midfield player, probably the best all-around English midfielder we have. I haven’t put too much thought into that, but I think he’s right up there.

“He has real physical qualities, he can get box-to-box, good legs, good strength, nice on the ball, intelligent.

“He’s a good player and (West Ham) have got a few of them to be honest. They added some in the summer, so it’s obviously a tough test for us and one we’re looking forward to.”

The two sides are separated by just two points and one place in the Premier League table, with 12th-placed Bournemouth hoping to extend their  advantage over the Hammers with a win on Monday night.

The Cherries are looking to bounce back from a 1-0 defeat to Southampton, their first loss since O’Neil took over from Scott Parker at the end of August, while West Ham were on the wrong end of a 1-0 result at Liverpool.

O’Neil has no fresh injury concerns, while Maxwel Cornet (calf) and Craig Dawson (thigh) have an outside chance of featuring for David Moyes’ side.

Siriki Dembele and Joe Rothwell were both handed Premier League debuts on Wednesday night and are expected to make the trip to London.

“I’ve been on that journey as a player and that’s what you aspire to do,” said O’Neil.

“Dembs has worked hard through the leagues with other clubs he’s been at, and he’s worked his socks off since he’s been here.

“Joe Rothwell has had to wait a while this season because of his injury, but I’m really pleased for both of them.

“Obviously we’re disappointed we couldn’t round it off with a positive result for them, but good for them to both get some minutes.”