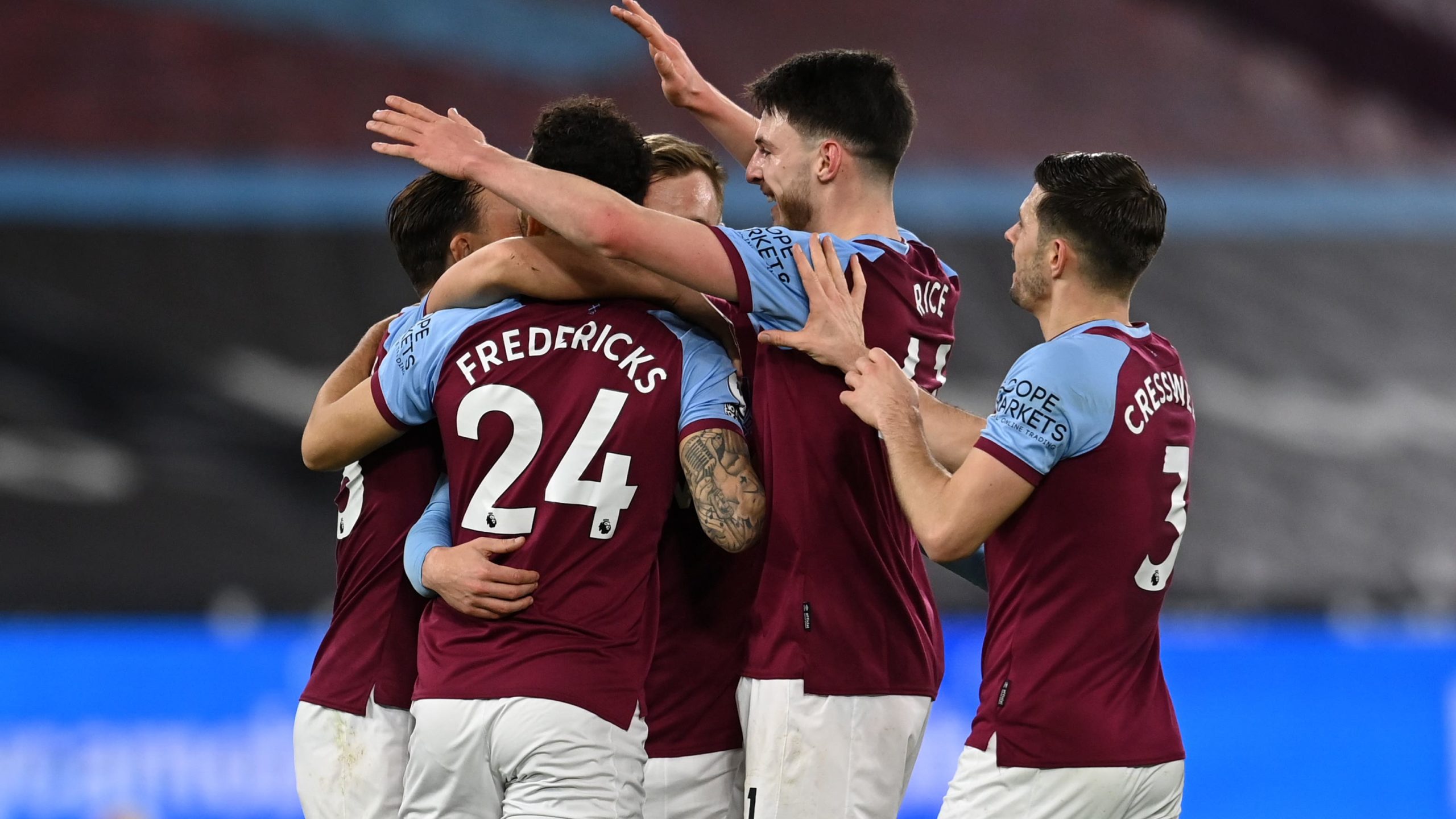 Fredericks spent four years with the Hammers and made 15 appearances in all competitions for the club last season, making a notable contribution to the run to the semi-finals of the Europa League.

The 30-year-old played the full 90 minutes in the first leg of the quarter-final  with Lyon as West Ham overcame the dismissal of Ryan Cresswell in first-half stoppage time to earn a 1-1 draw.

However, while David Moyes’ side won the second leg 3-0 to reach the last four, Fredericks was an unused substitute for that game and played just once more for the club before joining Bournemouth in the summer.

Now the defender will face good friend Rice at the London Stadium as the home side look to get back to winning ways after seeing a five-match unbeaten run ended by a narrow 1-0 loss to Liverpool on Wednesday.

“It’s going to be a funny one because obviously I’ve never played against Ryan in a match,” Rice told the club’s website.

“I’m sure it will be serious but after the game we’ll have a laugh. During the game there might be a bit of banter maybe. He’ll probably say a few words and try and get into my head or something.

“I’m just waiting for a foot race; I cannot wait to outpace Ryan. But in the ‘Fredericks channel’ no-one’s ever beaten him. You just can’t get past him, he’s too fast.

“If he shows you the line, you’ll never get past him and inside he’s just too quick. You’ve got to play around him. I am going to set up Cresswell to stop Ryan as well. I think we know how to stop him.”

Rice believes Fredericks will receive a warm welcome from the home fans, adding: “Ryan won’t be in for some stick from the fans at all.

“He saved us a few times last season to be fair. I know the fans appreciated that towards the end of the season, so he will get a really good reception because every time he played for the club he gave 100 per cent.

“We’ve had a tough start to the season, but we’re starting to find our feet again. There have been a couple of results where it hasn’t gone our way, but we’ve played really well.

“We have been unlucky in front of goal. We need to turn the chances into goals because we are creating enough.

“We know Bournemouth are really solid defensively and can get you on the counter-attack. They press really well as a group too, but hopefully we can come out on top.”