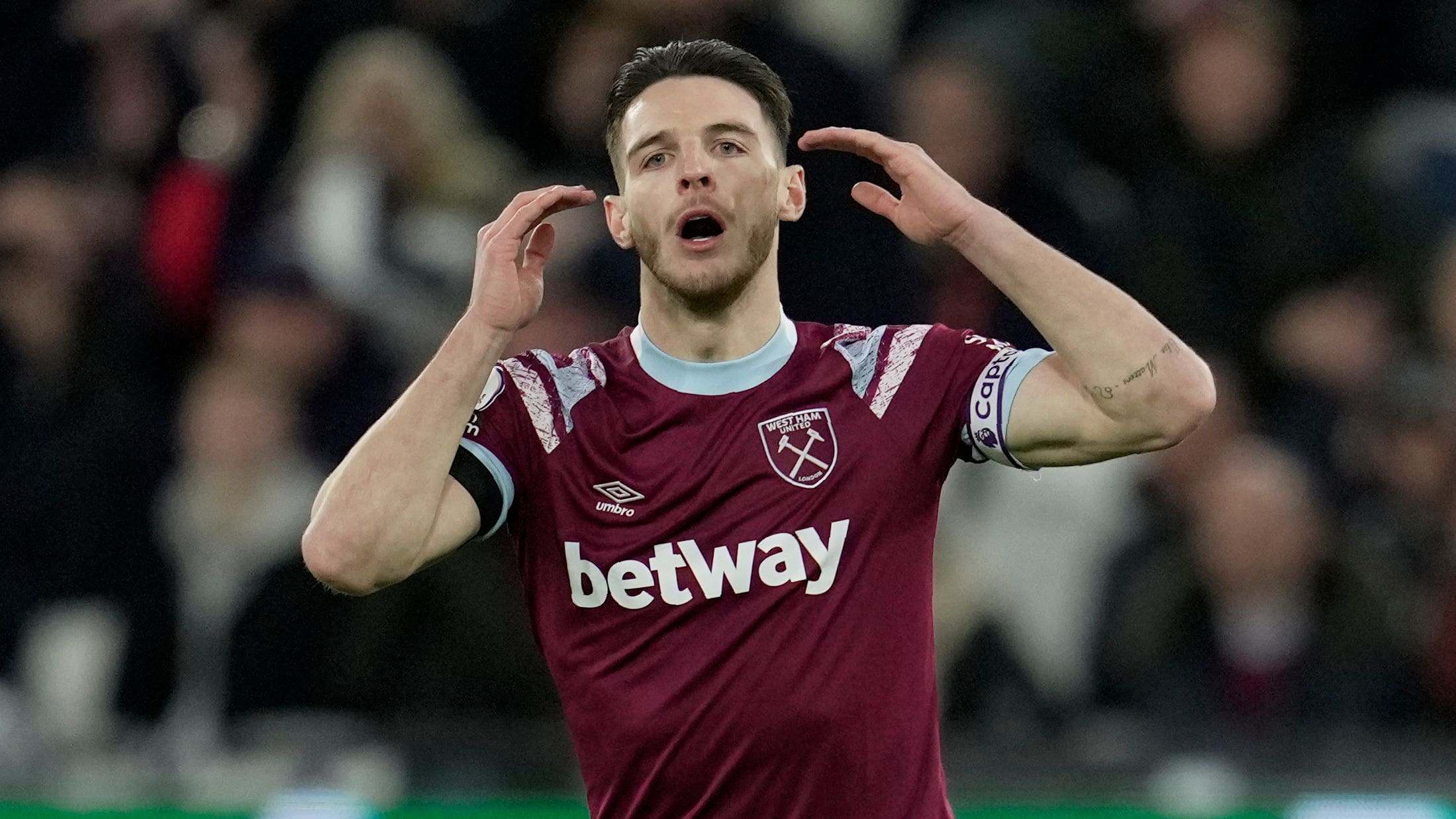 Declan Rice: West Ham players letting ourselves, the manager and the fans down

Declan Rice admits West Ham are letting themselves, their manager and the supporters down.

The Hammers slumped to a fifth straight defeat, 2-0 at home to Brentford, to pile more pressure on beleaguered boss David Moyes.

“It’s frustrating because I know the quality we have got and I know the players we have got,” captain Rice told the club website.

“I see it day in and day out in training. The reality of it at the minute is that we are not doing well enough, we are letting ourselves and the manager down, and we are also letting the fans down.

“We’re down there and that’s the reality but we don’t want to think like that because we want to have a positive mentality. We still think we can play and get a result in this league so there’s not going to be any negativity from me.

“I don’t like where we are, I don’t like the way we’ve played recently – it’s unlike us to lose five Premier League games but football is a learning experience and it’s about how we move on.”

Ivan Toney’s 13th goal of the season put Brentford ahead and his pass set up Josh Dasilva for the second.

However, Toney left the field on a stretcher after hurting his knee defending a late corner.

Brentford are waiting to discover the extent of the injury, but at the very least the striker is a major doubt to face Liverpool on Monday.

Toney wrote on Twitter: “Big win, goal, assist and three points. Good way to finish the year. Hopefully not too bad and be back out there in no time.”