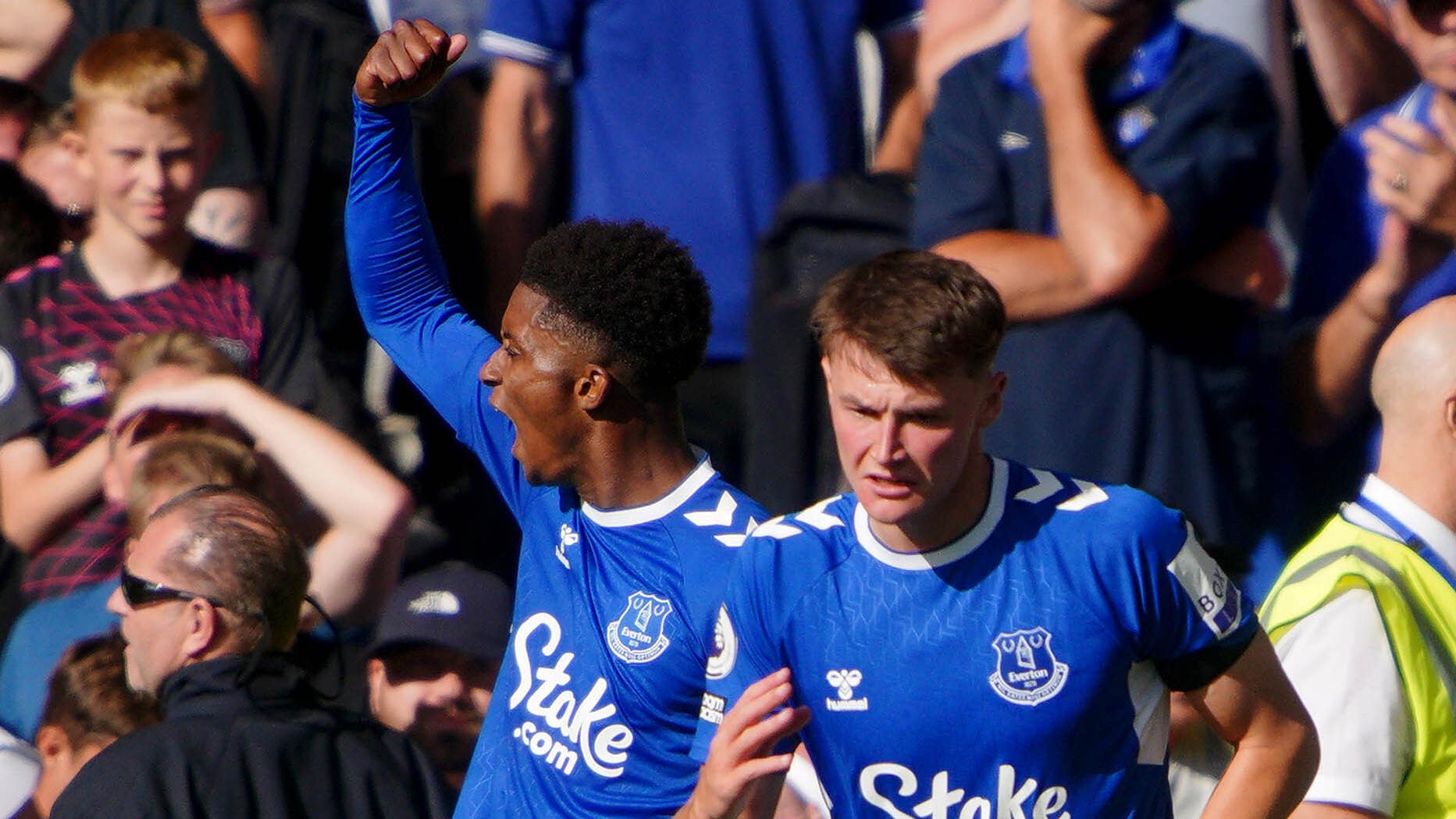 By By Andy Hampson PAAugust 21, 2022No Comments

Demarai Gray is confident the goals will come for Everton after his late equaliser against Nottingham Forest secured the Merseysiders’ first point of the season.

Gray struck after 88 minutes at Goodison Park on Saturday as Everton avoided the ignominy of losing their first three games of a Premier League season for the first time by snatching a 1-1 draw.

It was the Toffees’ first goal from one of their own players this term – with their only previous strike having been an own goal – and Gray feels there is something to build on.

“So if we keep having that many attempts on goal then surely the goals will keep coming.

“I think we controlled the game. We were good in possession, did well to get into areas in the final third. It was just the finishing touches (that let us down).”

Everton created numerous openings throughout the game but were punished for their lack of a cutting edge when Johnson turned in a rebound after Jordan Pickford parried a Ryan Yates shot.

Having troubled Everton on several occasions themselves, Forest felt this was the least their efforts deserved but Gray thought the hosts could have had the game sewn up before then.

He told the club’s website: “It feels like a loss based on how we played in the game but it’s positive, a point on the board and hopefully we can now get some momentum.

“We showed character to come back. I think last season, that wouldn’t be the case.”

Forest’s point took the promoted side’s tally to a creditable four from their opening three games.

The club have made a raft of signings since securing their top-flight return and manager Steve Cooper is pleased how the new squad is gelling.

He was particularly impressed with Morgan Gibbs-White, their midweek recruit from Wolves, after handing him a debut off the bench.

Cooper said: “What is good is we have got a lot of permanent players. Half of the team were on loan last year. That gives us a chance to build a squad and a team and a culture and really stick to it.

“There was a definite change in the game when Morgan came on. We wanted him to have an impact.

“We felt we wanted to change tactically a bit and we’d seen some gaps we wanted to exploit. He had a good impact on that and then that had a positive influence on others.

“Now he is here and we get to work with him, we will try to give him a new home like all the other boys. Hopefully he can grow and be the player we brought him here to be.”