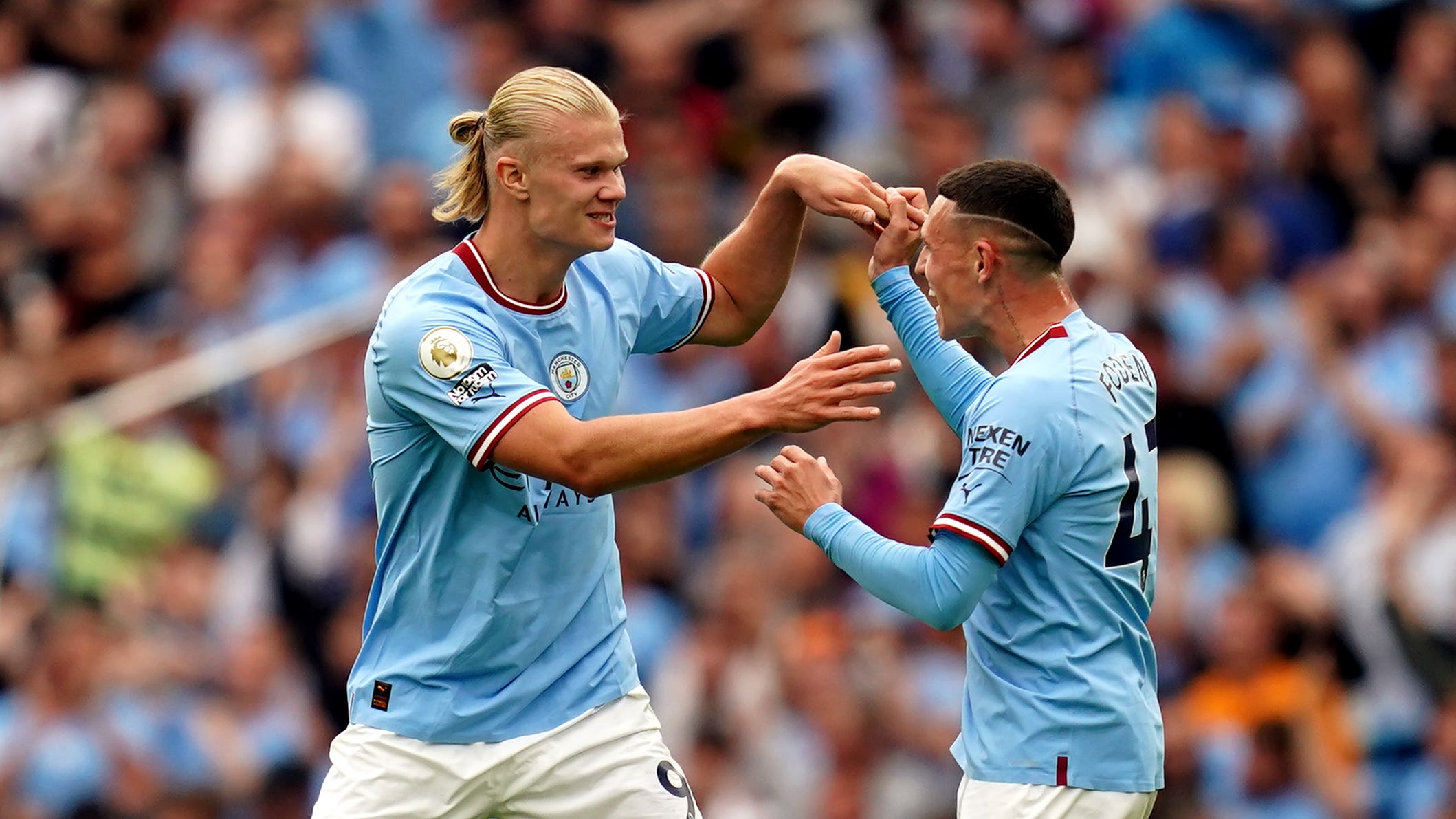 Erling Haaland and Phil Foden took centre-stage as the Manchester derby proved the highlight of the latest round of Premier League fixtures.

The Norway international and England’s Foden both plundered hat-tricks as City romped to a 6-3 victory over United, while the bragging rights in north London ended up in Arsenal territory.

Here, the PA news agency takes a look at what we learned from the weekend’s games.

Erik ten Hag knew when he arrived at Manchester United that there was a sizeable gap between the club he inherited and noisy neighbours Manchester City as he attempted to turn them back into a force at home and abroad. Less than 45 minutes into his first derby, he was left in little doubt as to the size of the chasm dividing the sides as rampant City, inspired by the brilliance of Kevin de Bruyne and the lethal finishing of Haaland and Foden, ripped them apart in a merciless display which left them 4-0 ahead by the break and well on the way to a 6-3 victory which was even more comprehensive than the scoreline suggests.

Saturday’s north London derby may have been a tighter affair, but Arsenal’s 3-1 win over Tottenham left them still at the top of the Premier League table and suggesting they are as well equipped as they have been for some time to mount a sustained challenge. It was perhaps fitting that skipper Granit Xhaka, a man cast in the role of pariah by the club’s fans three years ago but now a cult hero, scored the goal which capped a deserved 3-1 victory.

VAR from the madding crowd

VAR, or at least the way in which it is implemented, has spent far too much time under the spotlight already this season, and there was mixed success  for it again this weekend. Tottenham boss Antonio Conte and Fulham counterpart Marco Silva questioned the red cards handed to Emerson Royale and Nathaniel Chalobah, although their complaints looked hollow considering the evidence. However, Crystal Palace manager Patrick Vieira’s astonishment that Chelsea defender Thiago Silva had stayed on the pitch after deliberately handling the ball to prevent Jordan Ayew from breaking clear appeared justified.

Maybe Southgate has a point?

England boss Gareth Southgate’s assessment of Trent Alexander-Arnold’s qualities prompted both copious headlines and a stout defence from Liverpool boss Jurgen Klopp. However, despite his impressive contribution going forward in Saturday’s 3-3 draw with Brighton, he was found wanting for all three goals – admittedly he was not alone – the Reds conceded in a poor defensive display.

A tale of two strikers

Two clubs who have become reliant on one man for goals experienced differing fortunes when they went head-to-head on Saturday. Despite their new-found wealth, Newcastle look significantly more potent when Callum Wilson is among their ranks, while former Magpie Aleksandar Mitrovic’s goals have proved invaluable to both Fulham and Serbia. The importance of both was underlined at Craven Cottage when Wilson struck within 11 minutes of his return after a five-game lay-off to set up a 4-1 victory – his club’s first in the league since the opening day of the season – while Mitrovic’s first-half departure through injury in the wake of Chalobah’s dismissal left the home side painfully toothless.