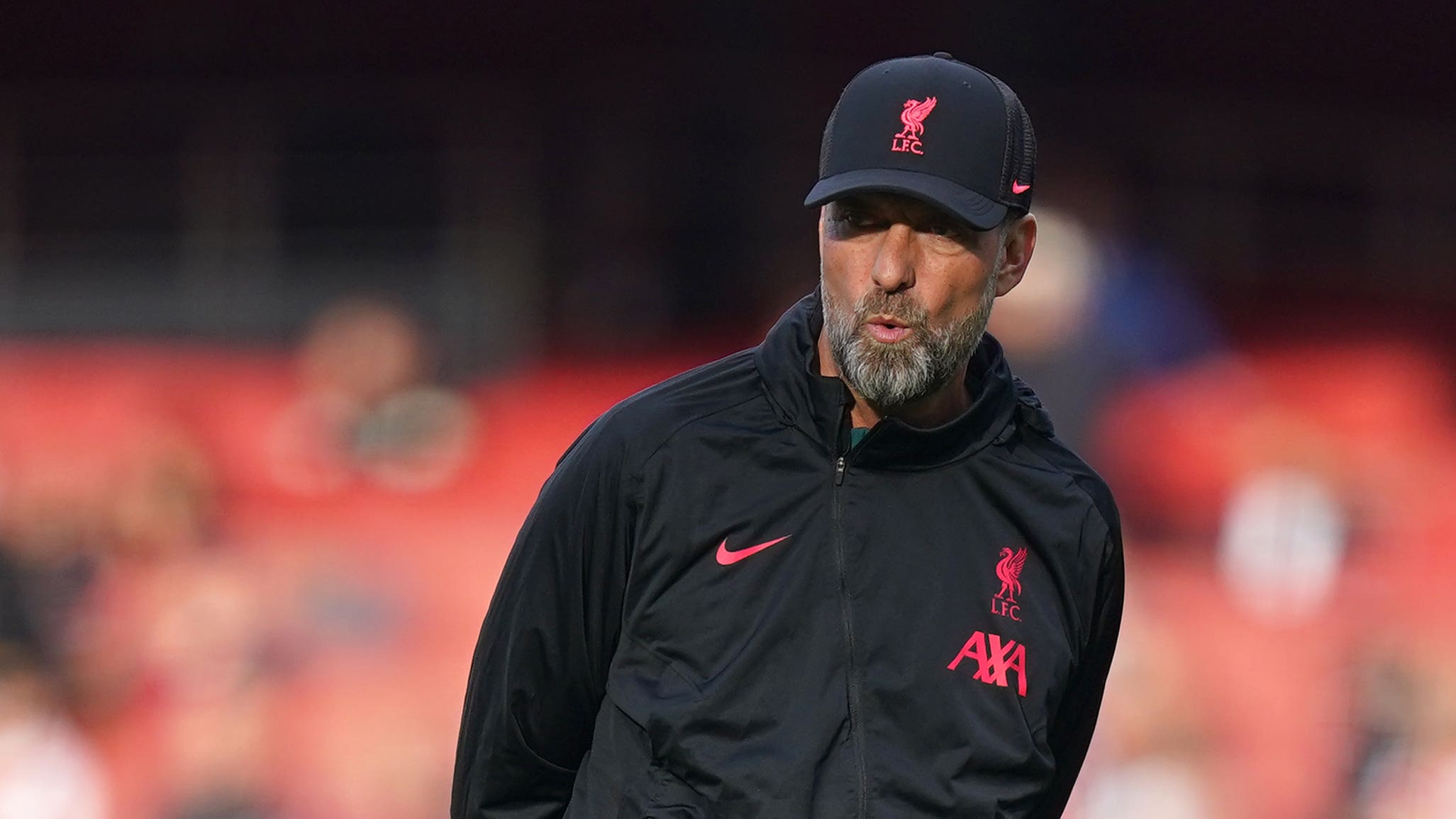 By By Ronnie Esplin PAOctober 11, 2022No Comments

At the press conference at Ibrox, it was put to the Anfield boss that Hamann, who played for the English giants between 1999 and 2006, had said Liverpool “need a spark” following the 3-2 defeat away to Arsenal on Sunday.

The loss left Liverpool with just two wins out of their opening eight Premier League games but Klopp was not for listening to his fellow German.

“(Being a former Liverpool player) doesn’t give you the right to say what you want, especially when you have no idea.

“I actually think Didi Hamann doesn’t deserve that you use his phrase when asking a question. Do me a favour and ask your own question. Try to ask the question without the word ‘spark’.”

Indeed, Klopp claimed the defeat against the Gunners should have been put in the context of the quality of the opposition and some key decisions that went against his side, not least the penalty Arsenal were awarded for a challenge by Thiago Alcantara on Gabriel Jesus.

They also lost Luis Diaz (knee), Trent Alexander-Arnold (ankle) and Joel Matip (calf) to injury but Klopp said: “We have to keep fighting.

“It will not happen overnight. I know people don’t want to hear that.

“On Sky Sports, the ref watch, Mr Dermot (Gallagher) twice says the decision was wrong from the best English referee, Michael Oliver, the penalty was no penalty.

“Before the season we had a big meeting with the refs and they said ‘no soft penalties any more’.

“Then we have seen this season already what kind of situations we have seen for handball and there are penalties with the exactly the same situation, but not in this game.

“The first goal, I heard now, of Arsenal was pretty likely offside but we cannot find out because the camera was not there, or the angle. Then I saw the picture and it is obvious (Bukayo) Saka came back from an offside position.

“We conceded silly goals, especially the second one in the first half.

“Between the first and second goal we played, against a team in form in the league, a really good game. But we were 2-1 down.

“Second half we get out and score our second goal and then the penalty that was not a penalty.

“We don’t play our absolute best football, I saw that, but we played against a team in form in the league that are first in the table. But we lost it in the way we lost it.

“What do we miss in this game? The right ref decisions would have been helpful and then we can judge the game.

“If we win that game, for the outside world our problems are completely sorted. We know it is not like that. Now we lost the game and three players but the only thing we can do is keep fighting and that is what we will do.”

Liverpool cantered to a 2-0 win over Rangers at Ibrox last Tuesday night but Klopp expects a different game against Giovanni van Bronckhorst’s side in Govan.

He said: “We fought against Arsenal really hard and that is what we will do (against Rangers) because we have to.

“Rangers, not only what Giovanni said in the press conference or interviews, want to put things right and get points in the Champions League group.

“They tried it with a defensive approach and five at the back and now they want to attack and go for it in a great atmosphere. I am really excited to experience that.

“It is a tough game in a different competition and that is what we have to do.”

On the most recent injuries picked up against the Gunners, Klopp said: “I thought we were maybe a bit lucky with Trent. It didn’t look good. It’s always difficult to say.

“It will be shorter than a month. Two weeks I heard. That’s the information I got, though I’m not sure I am allowed to say that to be honest. We will see.

“Luis, six to eight (weeks) or whatever, looks like a quick healer. Could have been worse as well with the way he moved after the game. Joel is out as well. We have to deal with it.”

Left-back Andy Robertson has returned to training after a month out and is in the squad “but he has only trained a couple of days” while midfielder Curtis Jones is back training but not included.