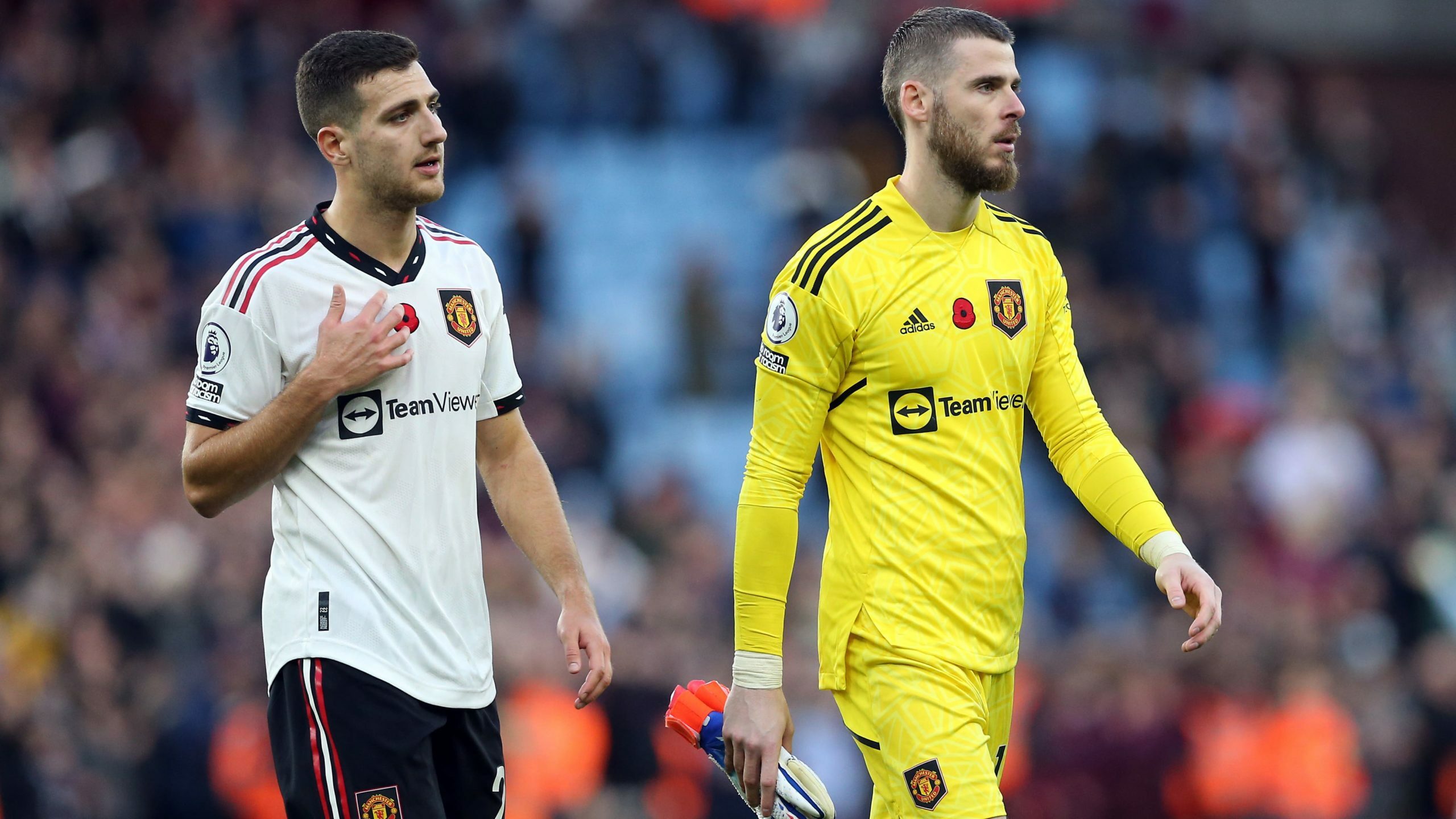 By Press AssociationNovember 7, 2022No Comments

Diogo Dalot says Manchester United’s tepid defeat at Aston Villa will not “erase” their progress under Erik ten Hag or damage their mentality.

Lucas Digne’s free-kick followed a Leon Bailey strike as Villa flew out of the traps, with Jacob Ramsey securing a 3-1 win having inadvertently deflected in a Luke Shaw strike earlier on.

The manner of the defeat was a gut punch after a promising run under summer appointment Ten Hag – one that deflated Dalot tried to keep in perspective.

“It doesn’t change our mentality of what we have been doing for the last few games,” the United right-back said. “It’s been really good.

“This will not erase what we are doing but obviously it’s a step back and we have to look at it as a lesson and then try to do it better in the next game.

“We have another opportunity on Thursday and it’s a competition that we want to get through.”

Thursday’s match comes in the Carabao Cup at Old Trafford, where United will take on Villa for the second time in five days.

Emery’s side had been somewhat of an unknown quantity on Sunday as the former Arsenal boss took charge of his first game but, even so, Ten Hag admitted his side fell well short of expectations.

“Obviously disappointed (in the dressing room),” Dalot told MUTV. “We knew that today was going to be a difficult game.

“But I think we didn’t start the way that we wanted the first 10 minutes and especially the first five minutes of the second half. I think it was decisive for them.

“It’s a lesson for us, for the next games. We have to start much quicker, much sharper and obviously disappointed because we wanted to win.”

Put to Dalot a quick start was always likely under a new manager, the Portugal right-back said: “That’s why I said we had to start with energy.

“We know that they would want it to bring the crowd with them and they did.

“I think we let them gain confidence during the first 15 minutes.

“Then we started to have the ball with a little bit of control. We created some chances.

“I think we could have gone to half-time with at least a draw but we should have started really, really, really better the second half and don’t concede that goal. I think it was decisive.”

Sunday was Villa’s first home Premier League victory against United since 1995 and a special moment for homegrown talent Ramsey.

The 21-year-old provided the assist for Bailey and won the free-kick that Digne scored, before turning in Shaw’s shot and rifling home one at the right end.

“It was obviously good, it’s been a tough couple of weeks or so,” Ramsey told Villa TV. “The performances haven’t been right.

“The new gaffer and his staff have come in, the week was about tactical work and how we can concede less goals, playing on the counter-attack. And I think we did that.”