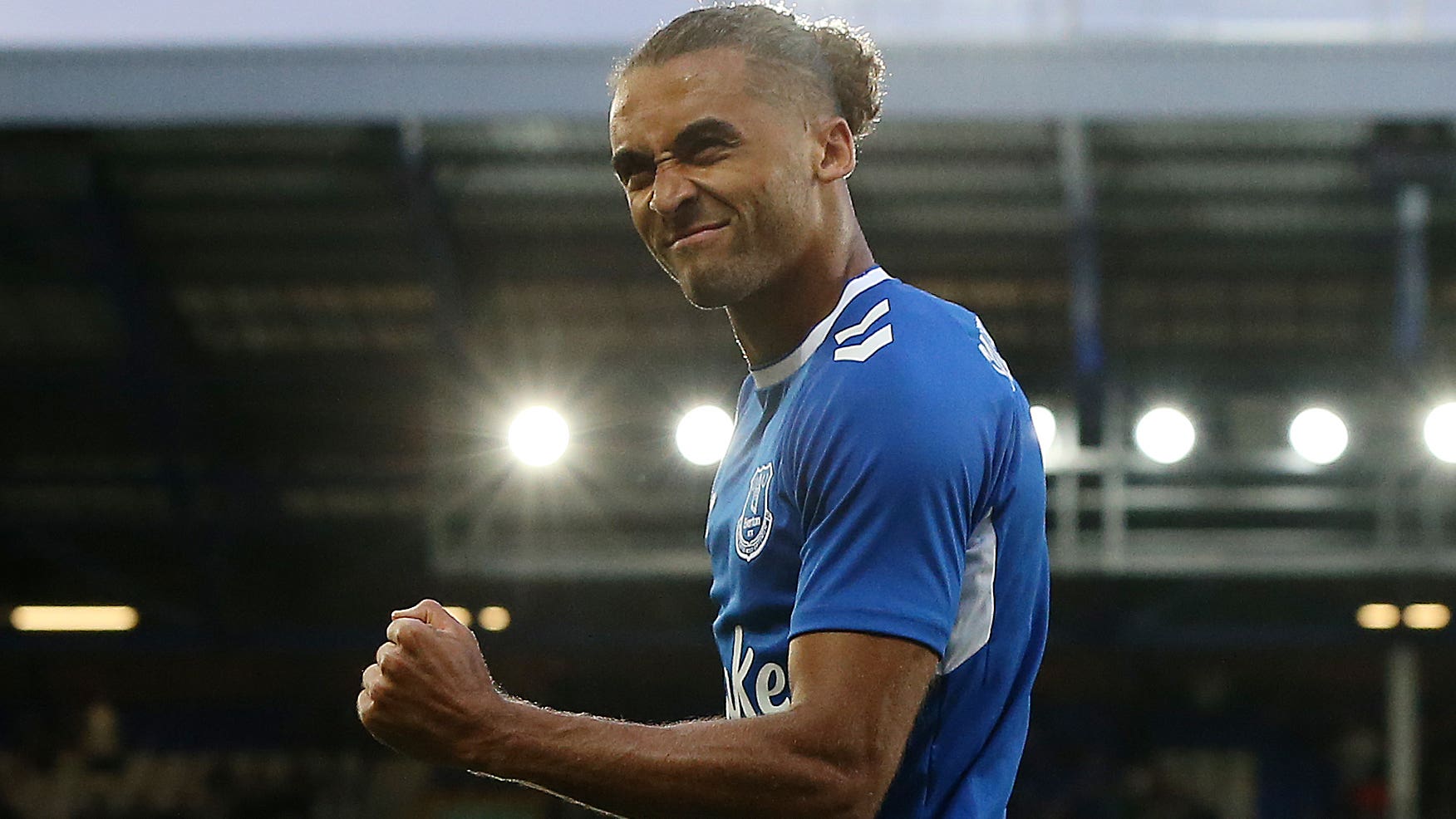 Frank Lampard believes there is still time for Dominic Calvert-Lewin to force his way into England’s World Cup squad.

The 25-year-old scored his first goal of the season in Saturday’s 3-0 win over Crystal Palace, making only his second start and fourth appearance of the campaign after a series of injury setbacks.

But Lampard has challenged the striker to force his way into Gareth Southgate’s thinking in the games remaining before England’s World Cup squad is announced on November 10, starting with Saturday’s trip to Fulham.

“It’s absolutely realistic,” Lampard said “Without a doubt. He’s shown he can be there before at major tournaments, scoring goals for his country.

“One of the benefits he has is that Gareth will know exactly what he can do, and now Gareth has seen him at a level last week which is towards the level he can attain.

“Now it’s a nice little challenge for Dom to show he can continue that form and then the question is Gareth’s as to whether he wants to take him or not.”

Calvert-Lewin has had a rotten injury record in recent seasons. A broken toe suffered three games into last season kept him out until January and he missed more time with muscular injuries as Everton battled against relegation.

He returned in time to hit the winning goal against Crystal Palace that kept Everton up in their penultimate game of the season but then missed the start of this campaign with a knee injury.

“He’s been frustrated but he’s handled himself the right way,” Lampard said. “When you take a few knocks like that, I know as a player myself, it knocks you back.

“I think he’s handled himself very well and he should enjoy his moment in last week’s performance. Now it’s about maintenance to keep him at that level.”

Everton’s medical department have worked closely with Calvert-Lewin on his training regimen, trying to isolate reasons why he has suffered setbacks in the past and finding ways to minimise those risks.

The hope now is that Calvert-Lewin can return to the levels of the 20/21 season, when he scored 21 goals in 39 games for Everton, while also bagging four in 11 for England.

“If we can keep him fit he’s a huge player for us, a huge reference at the top end of the pitch,” Lampard said. “He gives us nice options now with Neal Maupay who has come in and been really positive.

“Dom, with his attributes and what he can do, allows you to work in different ways. It’s a big, big challenge for us now to give him the right environment to stay fit and show what he can do.”

With Nathan Patterson also back for this weekend’s match, Lampard has a near fully-fit squad and optimism his side can build on last week’s performance against Palace.

“I feel it’s been very positive,” he said. “Everyone understood at the start of the season we had issues with players coming in during the window and the injury to Dom and other major players, that meant we had to shuffle things around.

“The fans stuck with us and they’ve seen improvement after that. People within the club, as much as we all want to win every game, understand when you go to Tottenham and Newcastle and places like that, there’ll be moments you don’t get what you want but you try to keep level-headed.

“I think from the inside, everyone understands where we’re working to get to but we’ve got to show we’ve got even more and that’s the next challenge.”