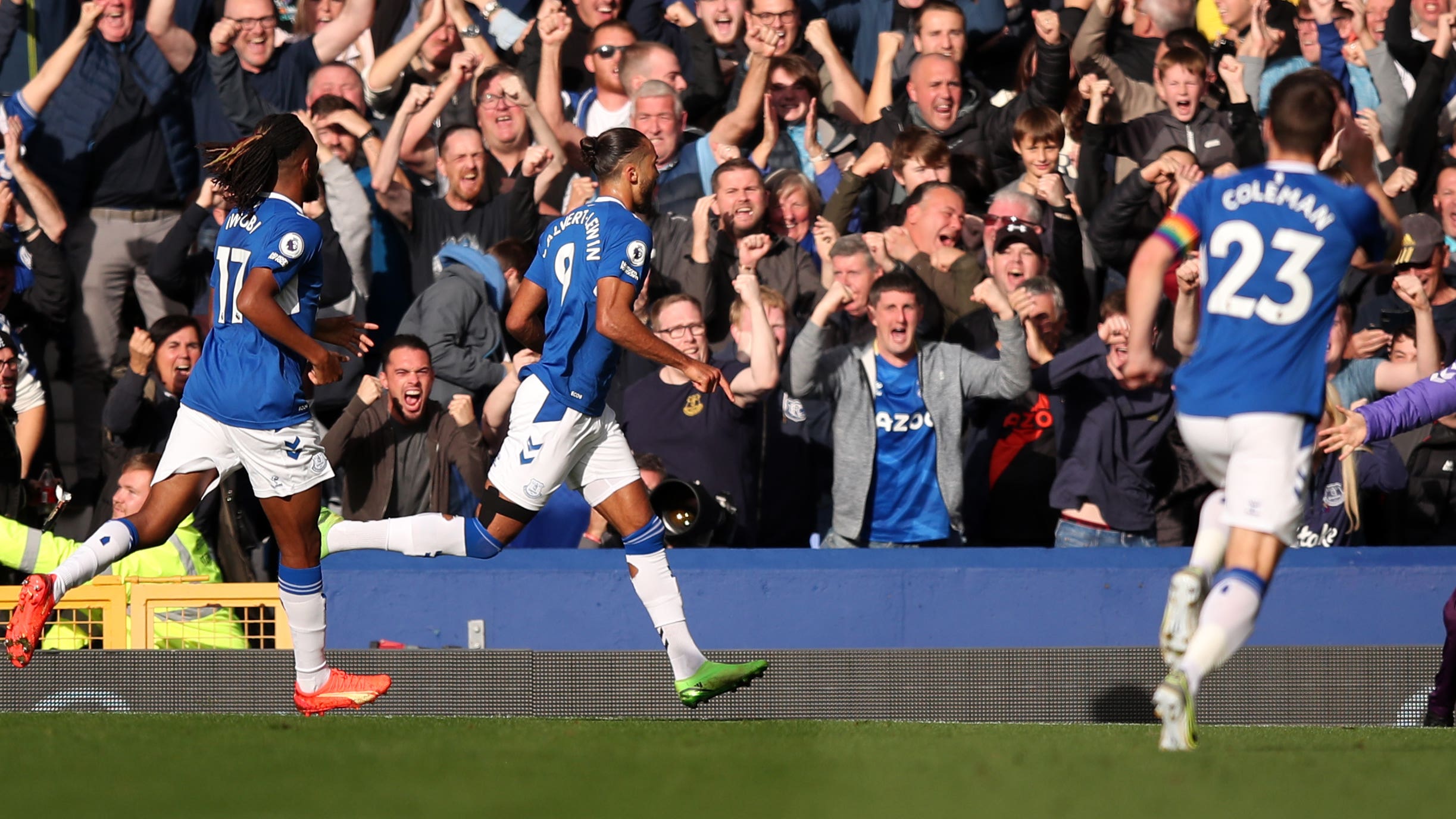 By By Carl Markham PAOctober 22, 2022No Comments

Five months after scoring the goal which kept Everton in the Premier League Dominic Calvert-Lewin found the net again against Crystal Palace to help end a three-match losing run.

His opener set up a 3-0 victory which was secured by second-half goals from Anthony Gordon and substitute Dwight McNeil as Palace’s win-less run at Goodison Park was extended to eight matches.

Calvert-Lewin likes scoring against the Eagles as this was his fifth against the club – matching his best return against Newcastle – and while it might not have had the significance of the last time he hit the back of the net against them it was important from both an individual and team perspective.

The 25-year-old, making back-to-back starts for the first time since May having been used judiciously by Lampard after injury, still harbours hopes of making England’s final World Cup squad.

And he showed his sharpness was returning as he tackled back to dispossess Luka Milivojevic and set up the 11th-minute attack which led to his goal.

Amadou Onana passed to Alex Iwobi, operating in the number 10 role as opposed to the more orthodox midfield role in which he has excelled this season, and he spotted Calvert-Lewin on the edge of the penalty area.

The striker cleverly rolled Marc Guehi to beat goalkeeper Vicente Guaita with a low shot into the same Gwladys Street goal where he planted an 85th-minute diving header to safeguard their top-flight future in May.

Having gone 218 minutes without a goal Everton sensed their chance to cash in with Demarai Gray’s volley blocked by Joachim Andersen and Guaita tipping over a shot from Gordon.

But without that second goal Palace still posed a threat, especially down the left where Wilfried Zaha found himself up against a rejuvenated Seamus Coleman, whose perfect tackle early in the second half left the Palace forward fruitlessly looking for a penalty.

Conor Coady’s clearance in front of Michael Olise prevented a certain close-range equaliser before the hosts finally got the breathing space they needed in the 63rd minute.

Left-back Vitalii Mykolenko’s shot from the increasingly influential Onana’s lay-off was only half-saved by Guaita and Gordon followed up to poke home.

His celebrations were cut short by an offside flag but they resumed shortly afterwards when VAR overturned the decision.

The visitors’ frustrations continued to grow and Guehi’s late challenge on Calvert-Lewin followed by Zaha’s off-the-ball on Gordon provoked a melee which resulted in the two Palace players – plus Jeffrey Schlupp – and Everton’s James Tarkowski being booked.

Six minutes from time McNeil scored the best goal of the game, cutting in from the left and exchanging passes with Iwobi, whose backheel teed up his team-mate perfectly to equal Frank Lampard’s biggest win in nine months as manager.