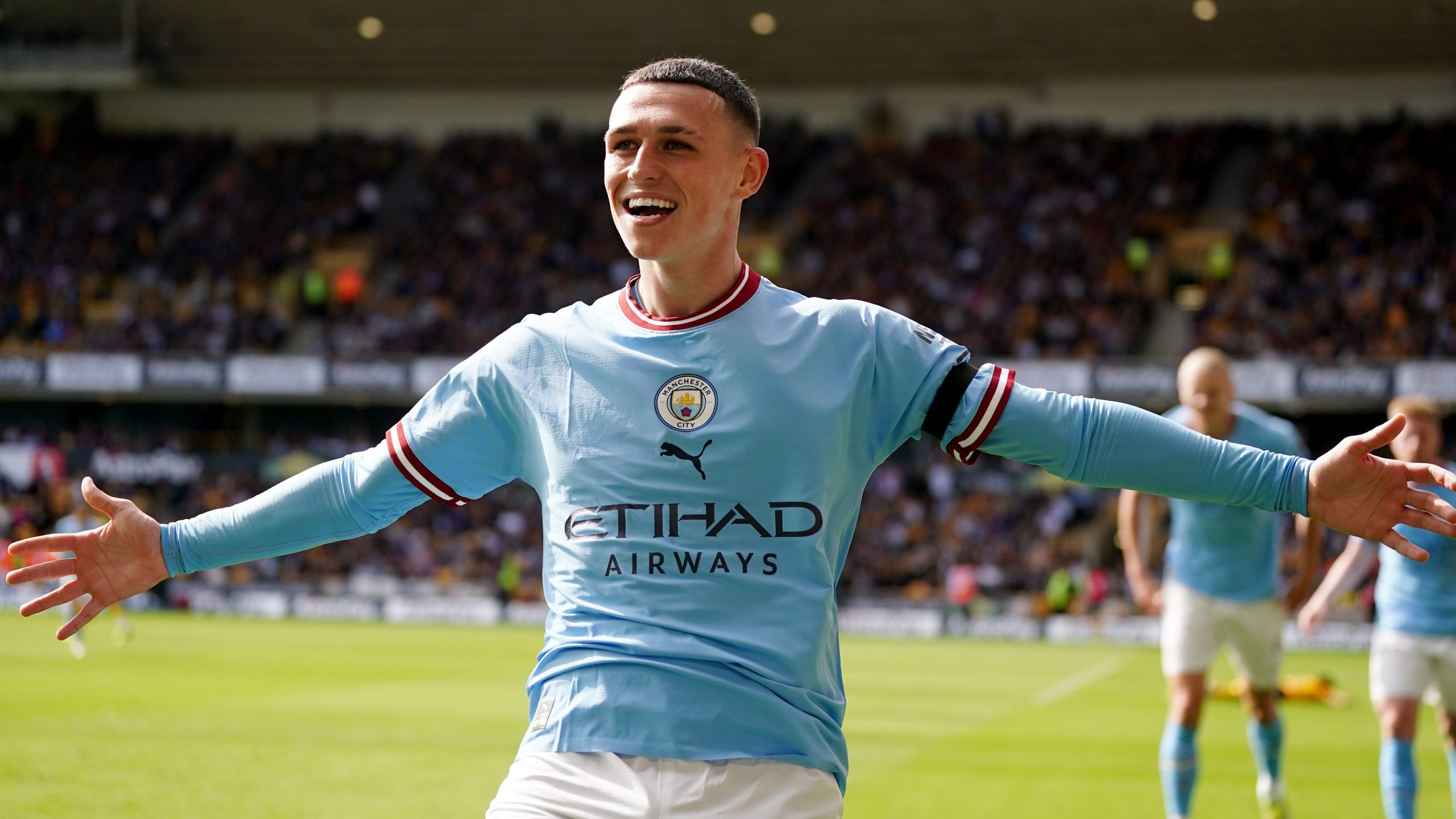 By By Andy Hampson PAOctober 14, 2022No Comments

The 22-year-old England midfielder, a boyhood City fan and the crown jewel of the club’s modern academy system, is now committed to the Etihad Stadium outfit until 2027.

Born in Stockport, Foden has made 182 first-team appearances and scored 52 goals since being handed his debut by Pep Guardiola in 2017.

He has already won 11 trophies in his burgeoning career, including four Premier League titles, and has been the PFA’s Young Player of the Year for the past two seasons.

His new deal supersedes a previous one due to expire in 2024.

“It’s hard to put into words how happy I am to have signed this contract,” said Foden. “It’s a dream come true.

“I have been a City fan all my life. I’ve trained here for so many years and I’ve even been a ball boy.

Foden feels he owes a lot of his success to Guardiola, City’s inspirational manager.

“Amazing, unbelievable,” said Foden of the Spaniard. “I think he’s made me 10 times the player I was.

“He’s improved all aspects of my game and I’m just thankful to have him here and I’m enjoying my football with him.”

Foden, who has earned 18 England caps and is poised to play a role in the upcoming World Cup, has been in fine form this season.

He has netted seven goals this term, including a first senior hat-trick in the 6-3 derby thrashing of Manchester United earlier this month.

“I don’t think anything beats it, it’s definitely been one of my favourite moments in my career,” said Foden.

“This year I’ve been scoring a lot more goals so hopefully I can keep going in that direction.”

Foden is seen as a natural for a central playmaking role but he has also proved highly effective in attacking roles across the front line.

He said: “At the moment I enjoy playing off the right and left. My preferred position is obviously midfield but I can do those other jobs as well.

“It’s just nice to know I can play different positions and do a job for the team.”

City have high hopes for the future with Foden.

Director of Football Txiki Begiristain said: “We are all so proud of Phil and what he has achieved already – but we know there is so much more to come.

“His natural talent and ability are obvious, but his hard work, professionalism and dedication make him really special.

“We feel he can progress further and become even better. By signing this contract, he now has stability and can focus absolutely everything on becoming one of the best players in the world.”