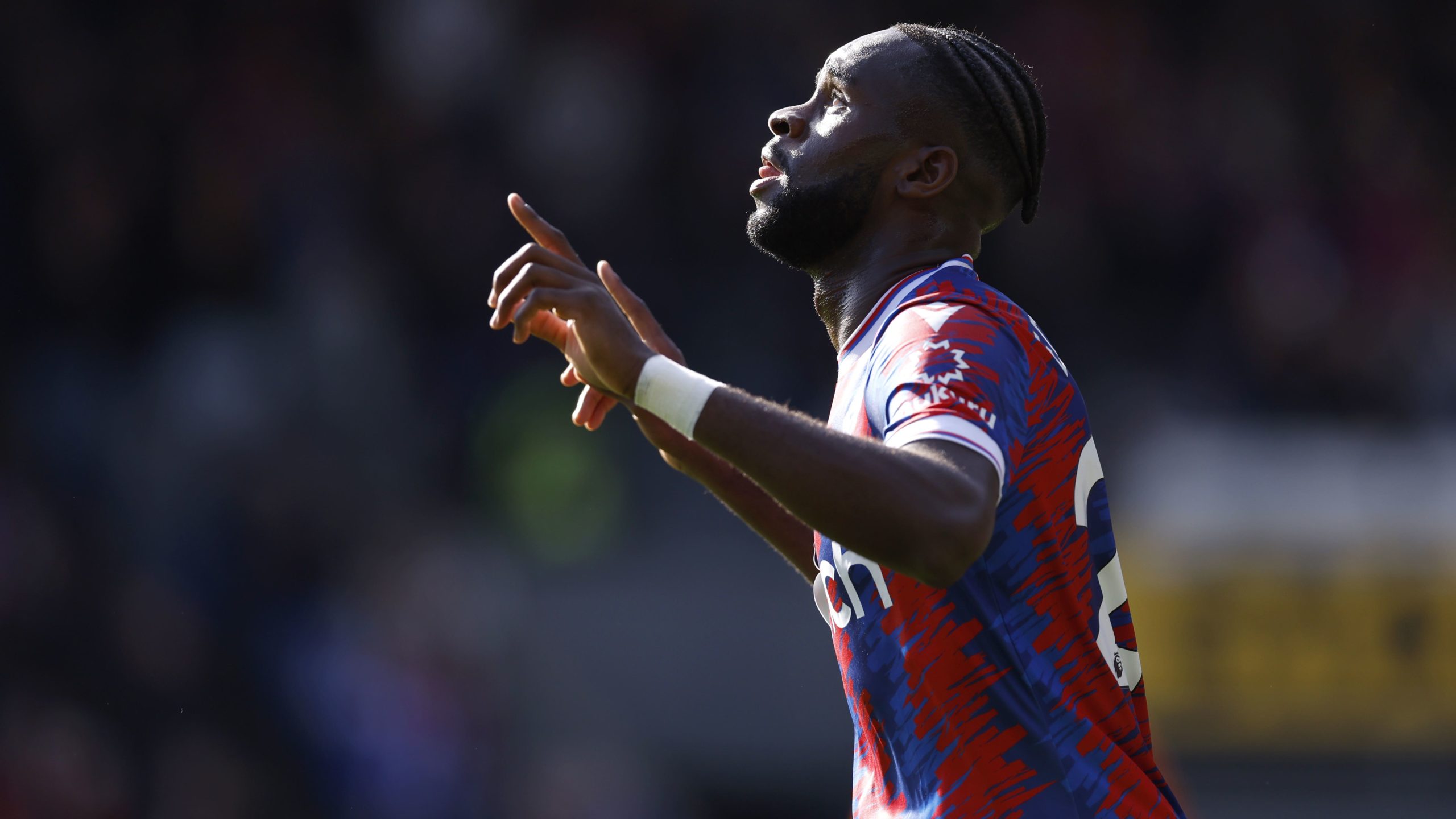 Doucoure was one of Patrick Vieira’s key summer signings, joining the Eagles from Lens on a five-year deal in July.

Frenchman Edouard, who scored his second goal of the season in Palace’s 2-1 win over Leeds on Sunday, said moving in with the Malian midfielder was a natural fit.

“He’s a French guy so I had to take him under my wing,” Edouard told Palace TV. “I introduced him to the team and to the people in the club. He’s a guy with who it’s easy to live every day. All the players and all the staff like him, so it’s great for us and for the team because he’s a great player.

“He helps a lot in dominating the midfield so the adaptation also worked on the pitch. He’s a very good player so it’s been really easy with everyone.

“However, he still needs to improve his English, but we practice, we practice, so it’s going to come. He’s a great fella so things are easy with him.”

Doucoure, meanwhile, was grateful for the striker’s support since he arrived in south London ahead of the 2022/23 season.

He said: “We spend a lot of time together. As soon as I arrived the feeling went really good between the two of us. He’s a good guy, he’s been here for two years now so he talks a lot with me, gives me a lot of advice.”

And Doucoure is not the only one benefitting from Edouard’s influence.

The Frenchman has been competing with Jean-Philippe Mateta for the centre-forward spot in Vieira’s starting XI, and got the nod for Sunday’s Leeds clash at Selhurst Park. It proved vital in securing Palace just their second win of the season.

The visitors pulled ahead through Pascal Struijk in the 10th minute before Edouard nodded in a fine delivery from Michael Olise and Eberechi Eze fired home a second-half winner.

“I’m really pleased,” said boss Vieira. “The last couple of games we played (Edouard) was really good for us. The way he links the game, the way he’s dropping, he is working as well really hard.

“And he’s scoring goals, so that will build his confidence and especially as a number nine like that, to play games, to believe in his ability and to try to bring this kind of connection with the players around.”

Leeds, meanwhile, have not won a Premier League match since beating Chelsea 3-0 in August.

Head coach Jesse Marsch thinks that upset, which saw the Blues go down to 10 men late in the game, has served as a double-edged sword in a season that will soon pause for an unusual winter World Cup.

“Yeah, it’s a weird season,” acknowledged the Whites boss. “In some ways the Chelsea game might have been bad for us, because it kind of put teams on warning that we’re playing intensive and that they have to respect us a little bit more.

“But in the end, whatever. Every game in this league is tough. I believe we played better over the last five games than two points. I believe that and I know that, but in the end as a young team we still need to find ways to reward ourselves in matches.”