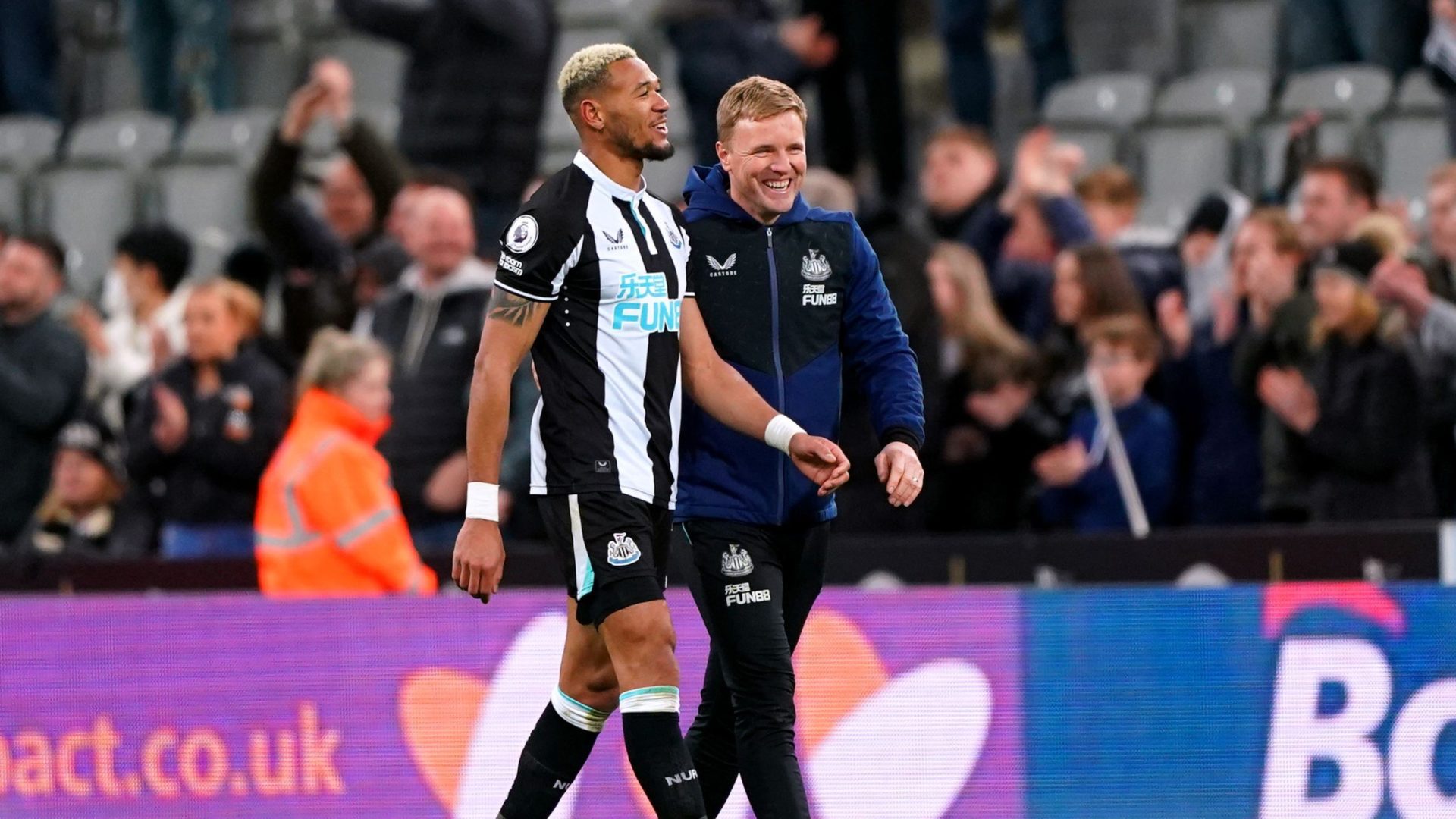 Eddie Howe has challenged Joelinton to play himself into Brazil’s World Cup squad after watching him transform his career at Newcastle.

The South American endured two miserable years on Tyneside following his switch from Hoffenheim in July 2019 after the Magpies paid a club-record £40million for a striker who struggled for goals.

However, pressed into service as an emergency midfielder following defender Ciaran Clark’s dismissal against Norwich in November, the 25-year-old has prospered to such an extent that he was this week named the club’s player of the year.

Asked how good Joelinton could become, head coach Howe, who will send him into battle for the final time this season at Burnley on Sunday, said: “I think he can go all the way.

“The national team should be a very clear target for him – I think he’s good enough to force his way in. With a World Cup year as well, that’s a brilliant thing for him to try to look at.

“But first and foremost I need to focus on the day-to-day, and that’s Newcastle and making sure he comes back and he’s in our team.”

Joelinton’s renaissance has been emblematic of the improvement in Newcastle since Howe took over in November last year, as has his blossoming midfield partnership with compatriot Bruno Guimaraes, a £35m January signing from Lyon.

Howe said: “I’ve experienced turnarounds in careers, but maybe not as high-profile as this, and I think that’s where Joe deserves a lot of credit because the transfer fee that he was signed for had nothing to do with him.

“He didn’t dictate that, but it built a lot of pressure on his performances, so to see him then deal with that period where it was very difficult for him and keep his mindset very, very clear, very focused on actually just trying to be better and trying to improve to then delivering the turnaround, I’m absolutely delighted for him.”

Asked to whom he would liken him, Howe said: “There’s not many you can compare him to because he’s 6’3”, he’s very, very good athletically, box-to-box, very good defensively – which doesn’t make sense, me saying that, because he’s traditionally played a lot higher up the pitch.

“I can’t think of anyone off the top of my head that I can compare him to. I think he’s very unique, but that’s part of what makes him so special and important to us because not may players have his attributes.”