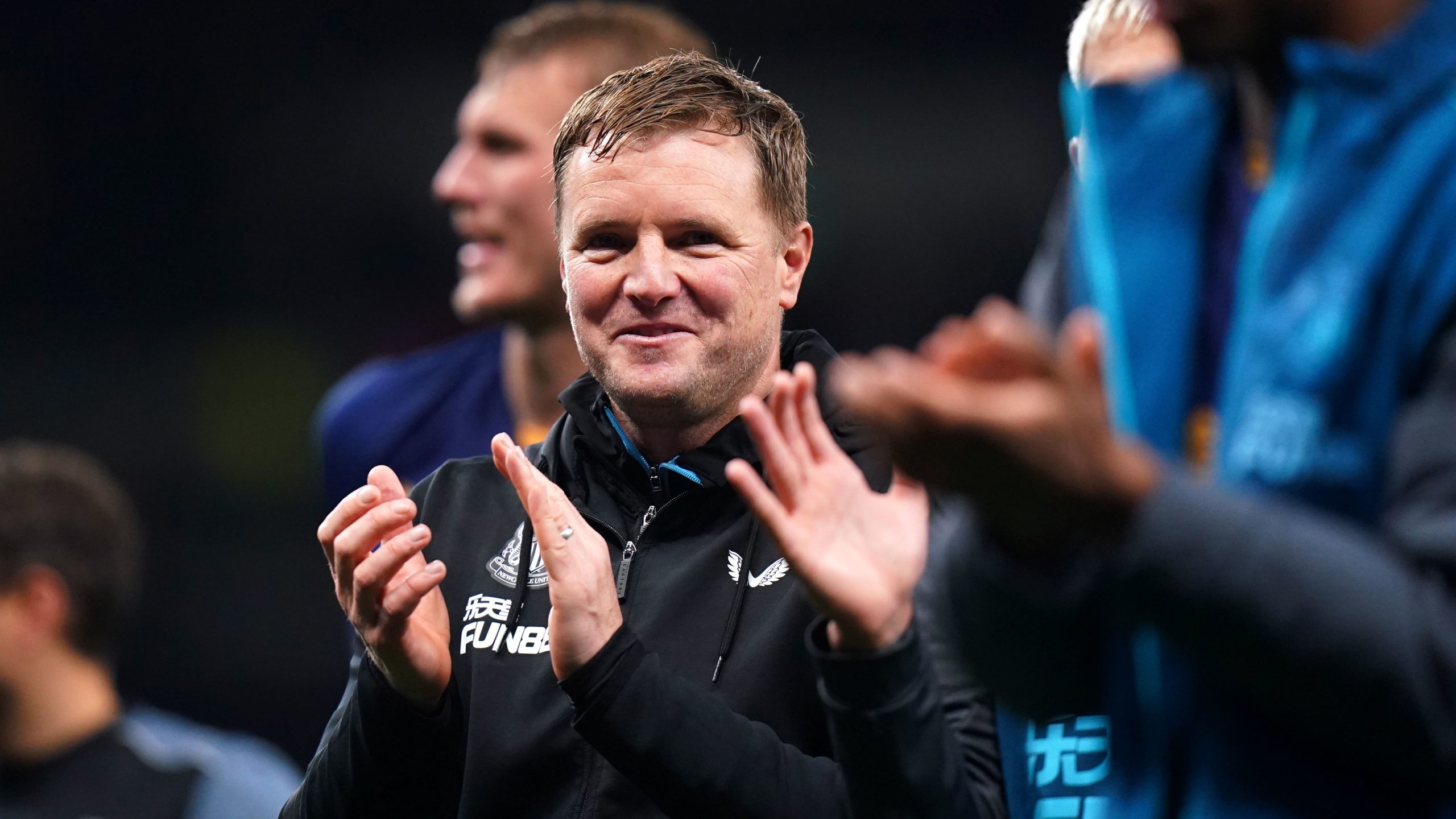 Eddie Howe tried to stay level-headed after Newcastle claimed a statement 2-0 victory at Tottenham but admitted the current squad can “achieve special things” after they moved into the Premier League’s top four.

First-half goals by Callum Wilson and Miguel Almiron put the Magpies on course for three points and despite Harry Kane’s headed effort at the start of the second half, the visitors held on for a fourth win from their last five games.

It was another impressive display by Saudi-backed Newcastle against a top-six club after a narrow defeat away to Liverpool and draws with both Manchester clubs this season.

“I thought it was a really, really good performance and probably the best since I have been here,” Howe insisted.

“The season is very early in its formation but at the moment it looks good. We still have key players missing who will make the squad stronger so once we get a fully fit squad, the future is exciting because I still don’t think we are at 100 per cent full speed yet.

“Of course we don’t want it to be a one-off but we are very respectful of the league and other clubs’ quality.

“We do also believe in ourselves and we believe we can achieve special things with this group.

“I think the key thing is not to get carried away from my perspective or the players’ perspective in terms of what we’ve done because it is one game. We want to do it on a regular basis but it is easier said than done so enjoy today and then focus on training next week.”

Newcastle had to weather an initial storm from Spurs, with Nick Pope saving well from Son Heung-min and Kane before the opener arrived in the 31st minute.

It was mired in controversy, with Fabian Schar sending a ball over the top for Wilson to chase and although Hugo Lloris was first to it, the Tottenham goalkeeper went down under slight contact from the Newcastle forward, who carried on and lobbed home from 30 yards.

Howe admitted: “Difficult to say if the boot is on the other foot, I’m not sure. Of course I was hoping the goal would be given. I think if that is two outfield players, I don’t think there is a free-kick given.

“I don’t think Callum did anything wrong. For me he finished the goal superbly with his left foot because it still wasn’t an easy finish from that distance so very pleased to see the goal scored.”

Opposition number Antonio Conte did not want to comment on the decision to award the first goal and struck a surprisingly positive tone after Spurs suffered their first back-to-back league defeats since February.

With Cristian Romero (calf) and Pierre-Emile Hojbjerg (thigh) joining Dejan Kulusevski (hamstring) and Richarlison (calf) on the treatment table, the Italian conceded they have to do their best to get through this difficult period.

Conte said: “For sure this type of situation makes me frustrated because I would like to play this type of game, also in the Champions League, with the best team and then to have on the bench three, four or five good substitutions and not to try to invent situations you understand? But we knew this.

“For this reason we need to cope with this situation. For me it is not easy, it is not simple but we have to cope and to manage the situation with experience and stay together.

“Today I don’t have complaints about the attitude, will and desire of the players because every single player performed. The attitude and effort was really strong and really big but sometimes it is not enough.”