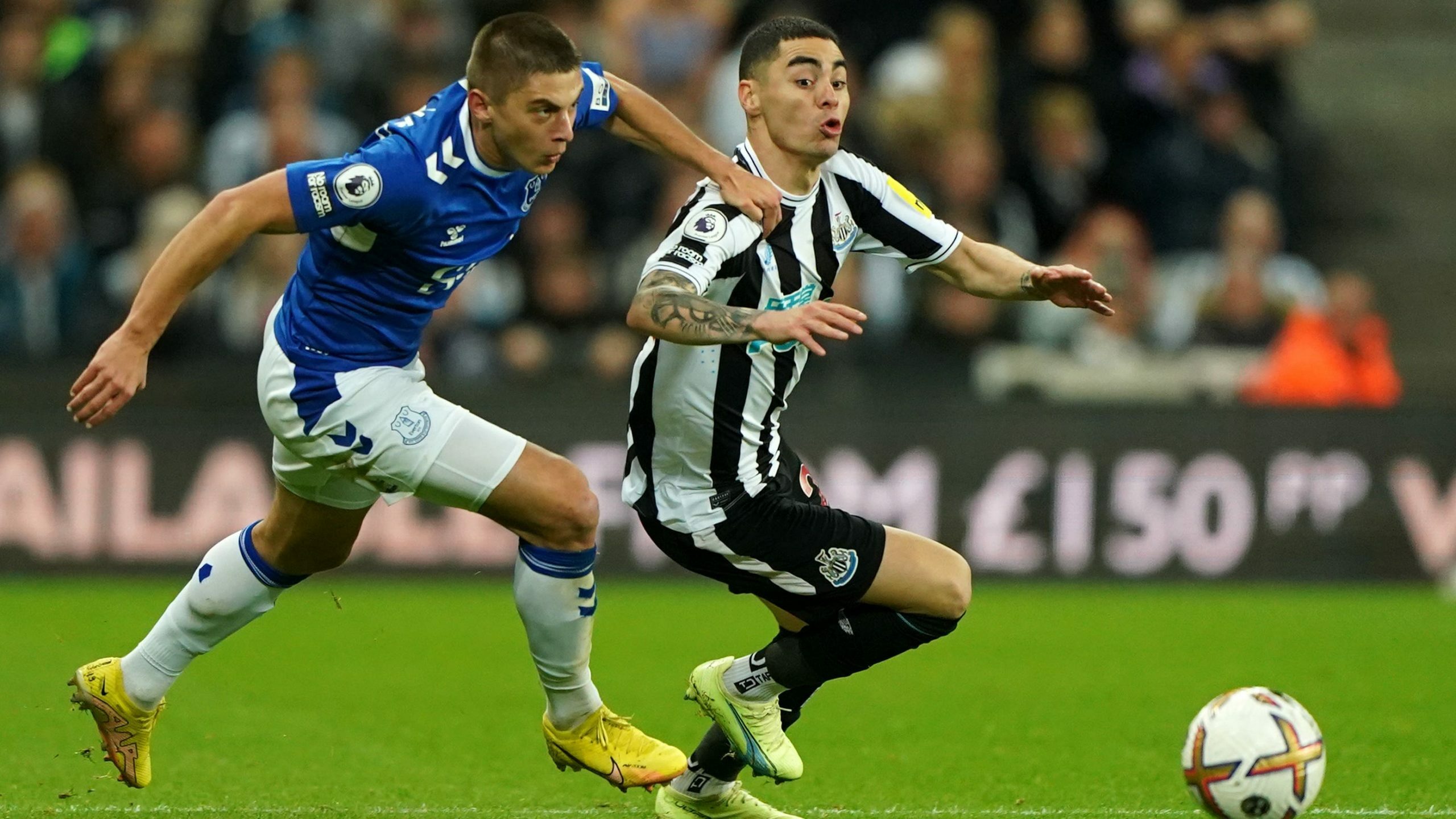 By By Damian Spellman PAOctober 19, 2022No Comments

Eddie Howe praised Miguel Almiron’s blossoming confidence after watching him fire Newcastle to a 1-0 Premier League victory over Everton to answer his critics in style.

The Paraguay international found himself on the wrong end of a jibe from Manchester City playmaker Jack Grealish at the end of last season, but has replied in fitting fashion with five goals to date this season, four of them in his last four games.

Asked about £21million signing Almiron’s response, head coach Howe replied: “I don’t think Miggy is motivated by anything other than trying to be his best for Newcastle and for the supporters, who absolutely love him and rightly so.

“For me, he’s given me everything from day one, very committed to the team. He’s a real team player and he’s getting the recognition that he deserves. You can’t under-estimate the quality of the goals that he’s delivered for us.

“I don’t think I’ve noticed a difference in his character. He’s been very consistent – that’s a strength – he’s been very happy every day, very pleased to be part of the team, has very close friends within the squad.

“What I have noticed is a real confidence in his training, in his technical delivery of what we’re asking him to do – I think that’s definitely gone up a level.”

Almiron’s latest contribution proved decisive on a night when the Magpies were not at their best, yet still emerged with a third win in four attempts.

His 31st-minute shot was too good for England goalkeeper Jordan Pickford, although his side had to grind their way to the final whistle to claim the points which kept them in sixth place in the table.

Asked about that elevated status and what it could mean for the rest of the campaign, Howe said: “I don’t think we’re looking at necessarily longer-term targets for the season, we’re just trying to give our best in every game.

“We’re not putting any pressure on ourselves internally other than giving our best and trying to win every game.”

If Howe was satisfied with a hard-fought win, opposite number Frank Lampard was left bemoaning a first-half penalty appeal which went unanswered after Anthony Gordon went down under Dan Burn’s challenge.

He said: “My fear with that is that everybody is looking at Anthony and rejecting any penalties straight away.

“If it’s a foul, a nudge in the back and a touch on the foot, then for me that’s a penalty. VAR’s there to re-look, this thing of ‘clear and obvious’ is a grey area that we don’t need.

“It’s a penalty or it’s not and I felt it was a foul, personally.”

Lampard was happier with the fact that striker Dominic Calvert-Lewin got 73 minutes under his belt on Tyneside in his first start of the season.

He said: “We’re having to manage him and hopefully we get to a phase where that’s less so, but with the recurrence of certain injuries, I think it’s only right that we manage him in a slightly different way.

“We’ve restricted maybe some of his actual frontline finishing, which clearly for a number nine is something you want to do through the week, but we have to prioritise his overall fitness, so that’s something we’ve managed.

“But now we’ve seen him on the pitch – and I thought physically, he looked good – now can we get the last bit, and then it can hopefully start to look after itself.”