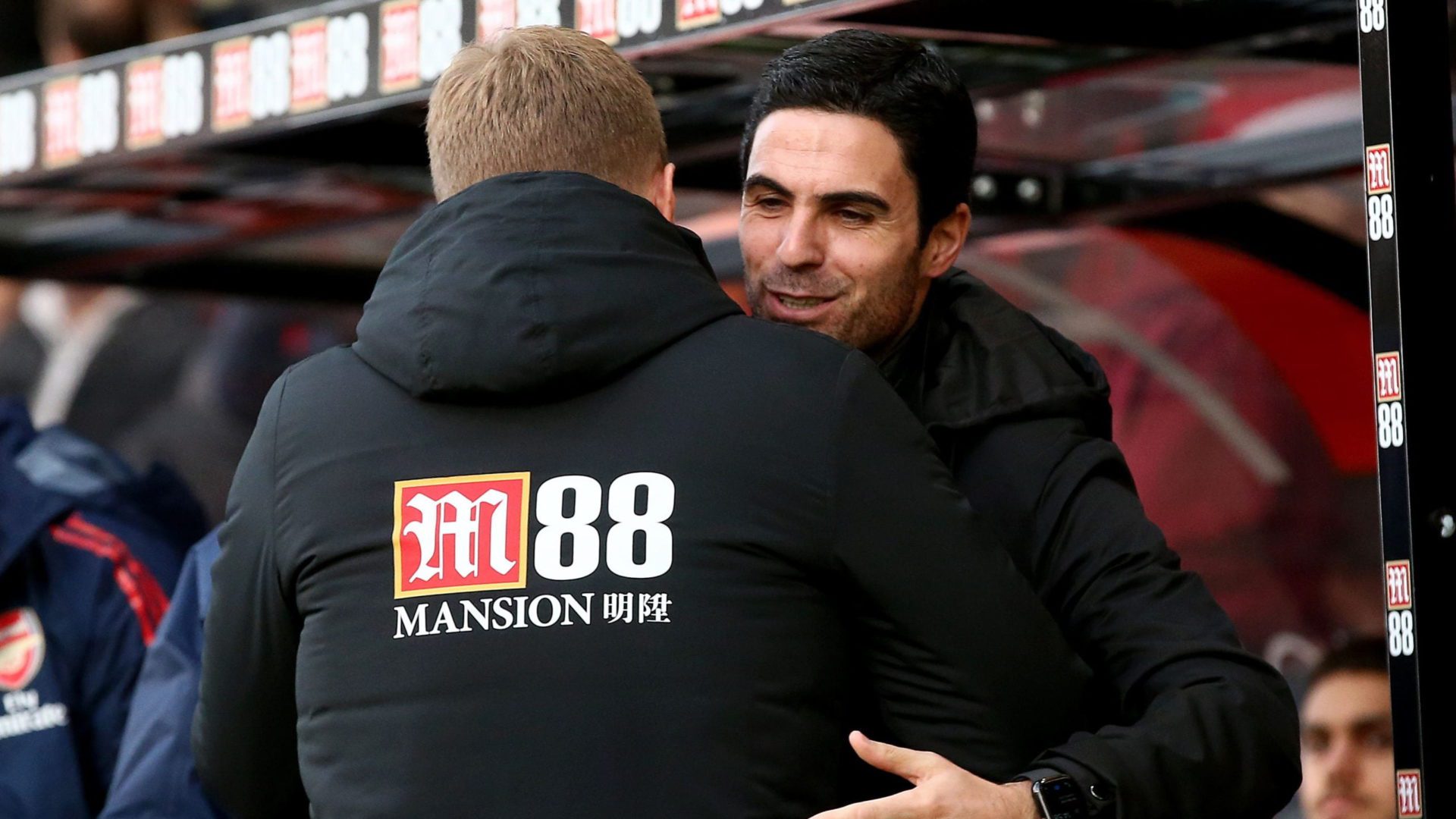 The Gunners head for St James’ Park on Monday knowing victory on Tyneside and another against Everton in their final fixture will mean they finish in the Champions League places for the first time since 2016 regardless of what rivals Tottenham do.

That feat would be all the more impressive with the Spaniard having integrated the likes of Aaron Ramsdale, Gabriel, Nuno Tavares, Ben White, Martin Odegaard, Emile Smith-Rowe, Gabriel Martinelli and Eddie Nketiah into a side already including Bukayo Saka since he was appointed in December 2019.

Asked to assess Arteta’s contribution to date, Howe said: “Sometimes trying to judge how a manager has performed is very, very difficult because results don’t always tell the whole story.

“They now have, I think, one of the youngest teams in the Premier League and the future looks very bright there, so full credit to him and his staff and his players for what they have done.”

Arsenal could yet overhaul beaten FA Cup finalists Chelsea to finish third – they go into Monday’s game four points behind the Blues, who also have two fixtures remaining – and that would be a significant achievement for a club which has finished eighth in the last two campaigns.

Asked if they had punched above their weight this time around, Howe said: “It’s difficult for me to say, I’ve got no real comment on that. I’m just observing from things I see from a manager’s perspective.

“As I said, the transition of players, ins and outs, and the average age of the squad has come right down – they have a lot of really talented young players – that’s very hard to do and remain competitive in the Premier League.”

Howe’s side lost 2-0 at the Emirates Stadium in November three weeks after he took up the reins, leaving Newcastle rooted to the foot of the table having collected just six points from their first 13 games.

Less than six months on, they have amassed 43 points, are mathematically safe and can exceed their best points total since returning to the top flight in 2017 by winning one of their last two matches.