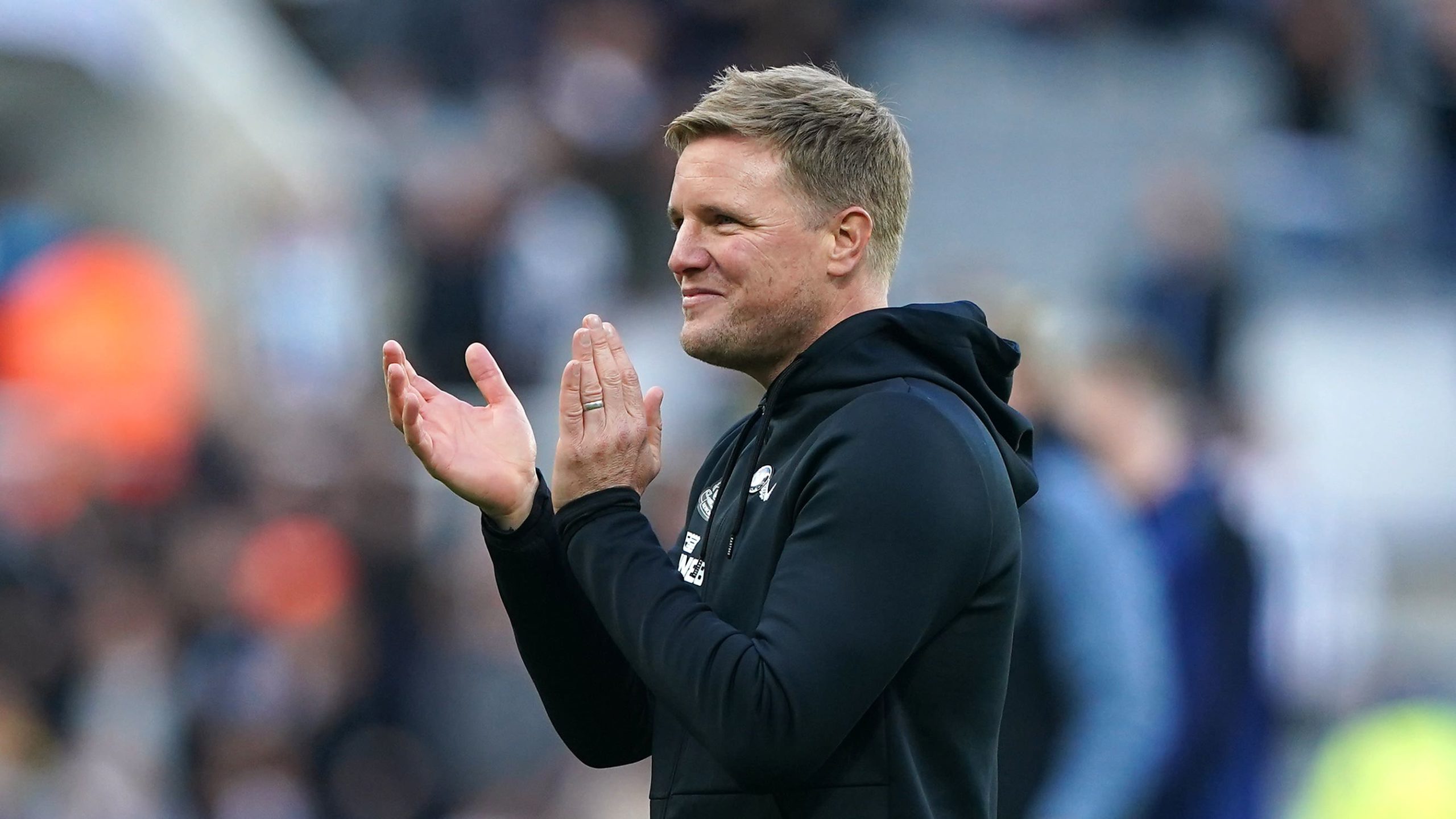 By By Damian Spellman PAOctober 14, 2022No Comments

Eddie Howe has insisted there is no reason why Newcastle cannot one day match Manchester United as a global force.

The Magpies go into Premier League battle with the Old Trafford giants on Sunday having only just started the process of rebuilding under their new Saudi-backed owners.

Sporting director Dan Ashworth and chief executive Darren Eales this week laid out their long-term vision, and head coach Howe is convinced there is no limit to what can be achieved.

“Looking at my own history, Bournemouth were associated as a League One, League Two team, primarily League One, but we have seen them grow into a Premier League club, so why not?

“The aim of this club with the ambition behind the scenes – which is huge now – I have always said we have to now try and deliver those huge ambitions. But there is no ceiling here.

“When you see the passion around the city… the thing that always blows me away is the young people here, the 12, 13 and 14-year-olds, their passion for Newcastle. It runs through generations and that won’t stop.

“What will happen hopefully is the global brand and the global enthusiasm for Newcastle will grow.

“The global support will definitely change through time if the club can be successful. I am putting more pressure on myself here, but that is the challenge and that is where the club wants to be.

Amanda Staveley’s consortium, in which Saudi Arabia’s Public Investment Fund holds an 80 per cent stake, has already invested around £210million in new players – a level Ashworth has admitted is unsustainable in the long run – with £36million of it in Bruno Guimaraes.

The Brazil midfielder scored twice in last Saturday’s 5-1 victory over Brentford to further enhance his blossoming reputation, and his goals have come as a bonus to Howe.

He said: “When we signed him, we didn’t think we were getting goals as part of his game, to be honest. His goal record wasn’t something we looked at and thought, ‘We’ll change that and add goals to his game’.

“It has just happened organically and naturally because he is a very, very good player. Hopefully there are more in him.”