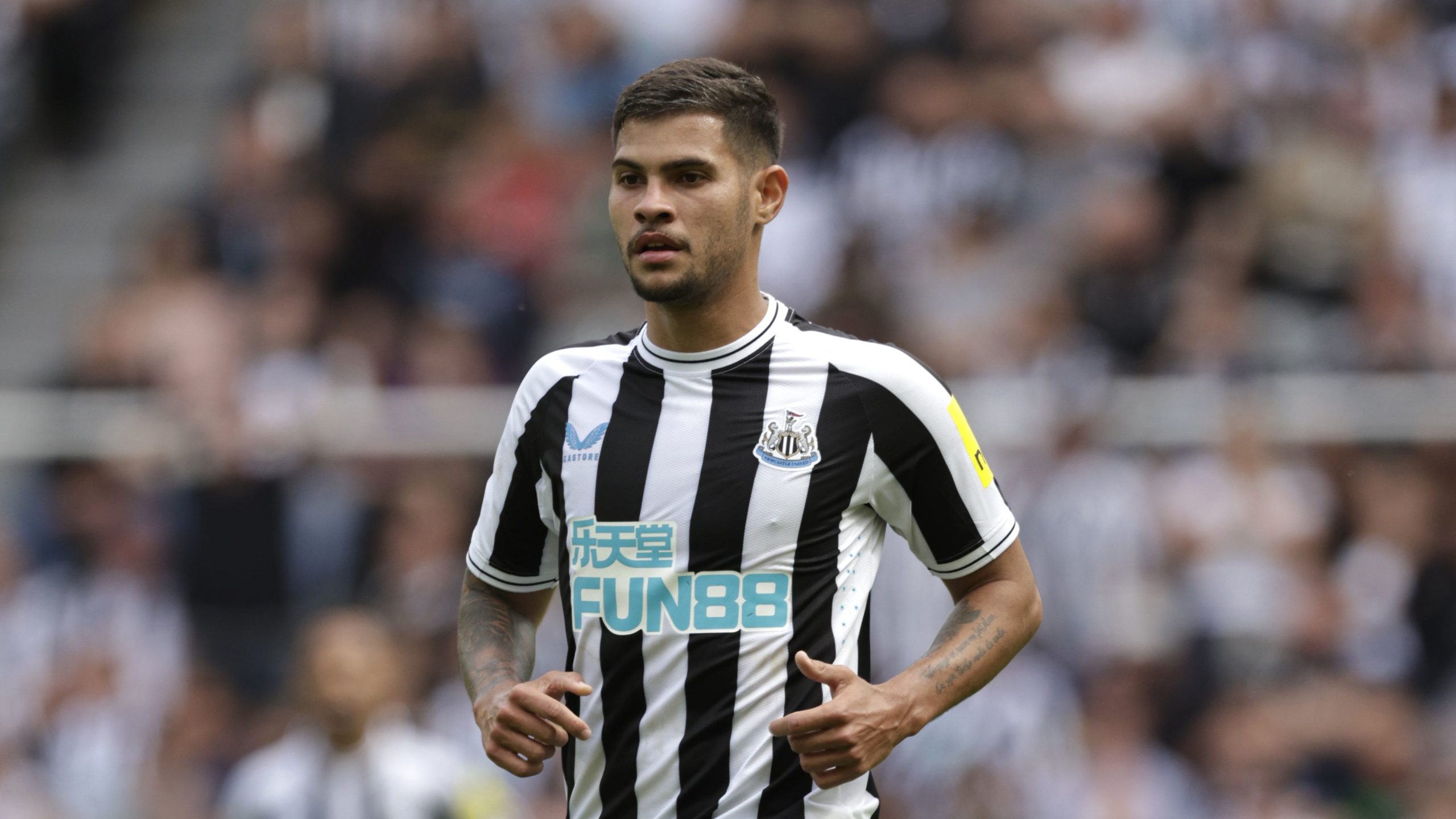 By By Damian Spellman PAAugust 19, 2022No Comments

The 24-year-old Brazil international has made a stunning impact in the Premier League since his £35million January arrival at St James’ Park from Lyon, but has been linked with a move to the Spanish capital in recent days should Casemiro head for Manchester United.

Asked if he could contemplate allowing Guimaraes to leave, Magpies head coach Howe said: “No, absolutely not.

“We’re trying to build a squad here that we feel can take the club to be successful over the next few years, and we want to build that squad and enhance the group, not take away our best players.”

Guimaraes was thrust into Newcastle’s Premier League survival battle last season as the club’s new owners spent big in the winter transfer window, and he has already established himself not only as a fans’ favourite on Tyneside, but a player admired more generally for his calmness and ability on the ball.

Howe said: “That was an incredible piece of business, really, not just as the footballer as well, you’ve got to consider the person.

“The person is a brilliant lad who came here when the club was in a relegation battle – you have to remember this – with no conditions, no way, out, no escape clause and wanted to fight to keep the club in the Premier League.

“I thought that showed real human qualities. He was all-in from day one and that’s reflected in how well he’s done here.

“Bruno has just started his journey with us. We desperately want him to grow with the team, we want him to make the team stronger and to show his qualities even more. That is our aim.”

Newcastle, who have invested in the region of £149 in the last two transfer windows and hope to add to that in the next fortnight, face a stern test of their progress when champions Manchester City arrive in the north-east on Sunday with Miguel Almiron in particular needing no extra motivation.

The Paraguay international found himself included in an end-of-season jibe aimed at City’s Riyad Mahrez by team-mate Jack Grealish, who he said had been substituted because he had “played like Almiron”.

Asked if the player or his team-mates might seek retribution on the pitch, Howe said: “We need to play the game with cool heads. We need to have fire in our hearts, but we need to play with discipline. We can’t lose that.”

Meanwhile, Amanda Staveley is to retain a key role at St James’ Park despite the impending arrival of new chief executive Darren Eales.

Eales is due to start work on Monday after being lured to the north-east from MLS side Atlanta United and will take on the day-to-day running of the club, allowing Staveley, who led last year’s Saudi-backed takeover, to shift her focus after a hectic first 10 months on Tyneside.

The PA news agency understands the advisory agreement struck between Staveley’s PCP Capital Partners, which holds a 10 per cent take in the club, remains in place and that Eales’ presence, in addition to that of sporting director Dan Ashworth, will ease the significant initial burden on the financier.