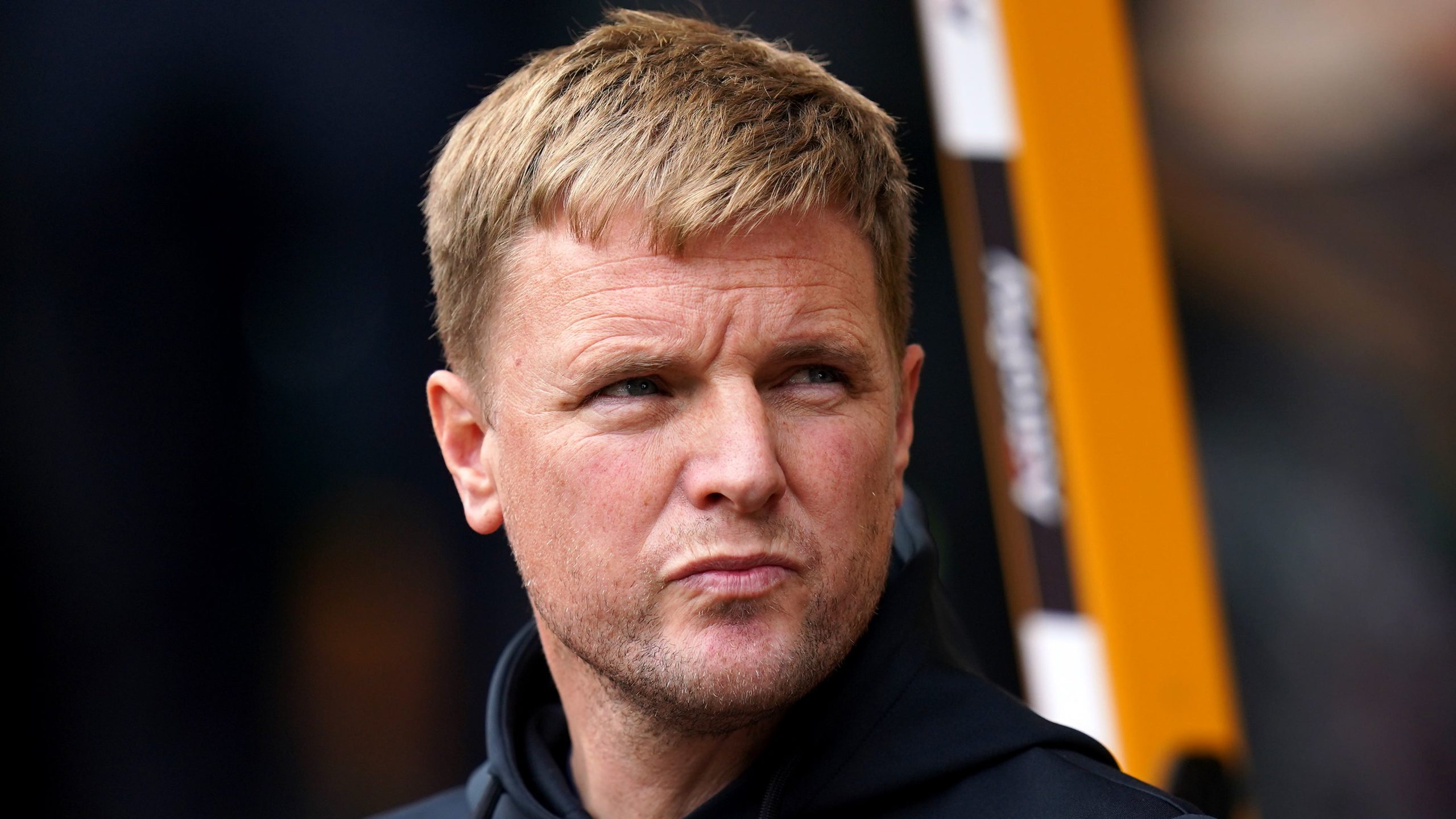 By Press AssociationOctober 2, 2022No Comments

Eddie Howe believes it was “vital” that Newcastle had the luxury of being able to make substitutions to protect players during their comfortable 4-1 victory over 10-man Fulham.

Newcastle went into the game with a depleted squad due to injuries and illness but, with the points all-but secured inside an hour at Craven Cottage, Howe was able to take off players such as Bruno Guimaraes, Callum Wilson and Kieran Trippier.

Fulham were always up against it after seeing Nathaniel Chalobah sent off in the eighth minute, with Newcastle capitalising almost immediately through Wilson’s opening goal.

Miguel Almiron then struck twice, including a stunning volley from the edge of the box, either side of Sean Longstaff also finding the net as Newcastle stormed into a 4-0 lead by the 57th minute.

Bobby Decordova-Reid headed in a late consolation for Fulham, but it was a dominant outing for Newcastle as the Magpies claimed their first Premier League win in seven matches.

When asked about being able to protect his players ahead of a busy fixture list before the World Cup, Howe said: “I think it was vital for us.

“The difficulty is you can come into a game with a plan and you want to protect these players but in the throes of the game, when there’s points at stake, it can be difficult to withdraw them when they can make the difference between winning and losing. So with the scoreline and the way the game was it was really important to be able to try and keep them fit.”

Howe suggested Newcastle could have a stronger squad by next week, with Joelinton, Allan Saint-Maximin and Matt Targett closing in on a return to full fitness.

Joelinton and Targett were both on the bench against Fulham, with the latter coming on in the 83rd minute.

“Joelinton picked up a knee injury against Bournemouth and hadn’t trained. He wanted to be involved, the type of character that he is and I wanted to protect him, but I know how important he is so he was there if we needed him as an absolute emergency,” Howe said.

“Hopefully a good week’s training will make the difference for him and he’ll be back next week and available for selection.

“Matt Targett had been ill so we thought it best to rest him.

“It’s been a difficult two weeks for us with not just injury running through the team but illness as well so it was nice to come here (Fulham) and win off the back of that.

“He (Saint-Maximin) did train with the team yesterday (Friday) and played well but for me it was too early to involve him. We need to make sure when he comes back he’s fit enough to do himself and the team justice, so hopefully with a good training week under his belt he can do well.”

Fulham boss Marco Silva also has fitness issues to deal with and he will have to wait for an assessment on leading scorer Aleksandar Mitrovic.

The Serbia international, who struck four times during the international break, was forced off in the 37th minute against Newcastle with what appeared to be an ankle issue.

“I don’t know, it’s too early, we have to assess him of course, and not just him but the other players who were injured,” Silva said when asked about Mitrovic.

“With Mitro we knew that he would not be in his best physical condition as well because we assessed him (on Friday) and we knew that he was OK to play, but of course when we have all the players ready we are strong definitely.”

He added: “He (Mitrovic) got a knock in the first game in international duty.”

Fulham were already forced into four changes to the starting line-up ahead of the game, but made three substitutions before half-time, adding to their injury woes.