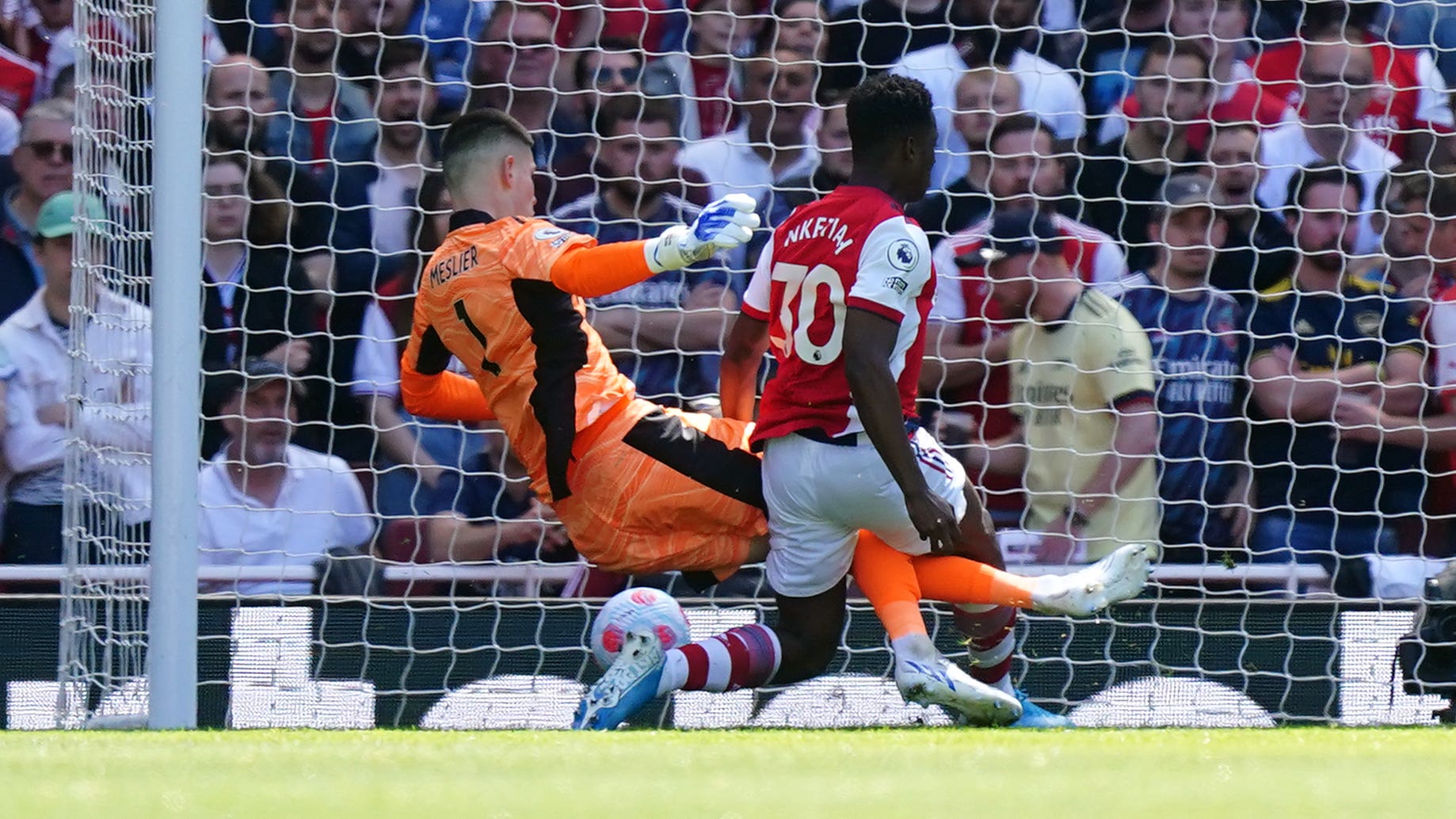 Arsenal’s quest for a return to Champions League football continued as they laboured to a 2-1 victory over 10-man Leeds with Eddie Nketiah’s brace sending the visitors into the Premier League relegation zone.

The clash at the Emirates Stadium was always going to have repercussions at both ends of the table and the result leaves the Gunners on the cusp of a top-four finish.

Nketiah, on loan at Leeds during the 2019-20 campaign, appeared to all-but seal the points in the opening 10 minutes before Luke Ayling was dismissed to add to the woes of Leeds head coach Jesse Marsch, whose side at least registered a goal through Diego Llorente.

Everton’s victory at Leicester saw Leeds drop into the bottom three at just the wrong time of the season, with Chelsea next up on Wednesday night.

For Arsenal, whose manager Mikel Arteta signed a new three-year deal on Friday, they now know victory at the home of north London rivals Tottenham on Thursday will ensure a first season of Champions League football for five years.

The hosts took the lead early on when Nketiah capitalised on a poor touch from Illan Meslier, closing down the goalkeeper and forcing the ball home.

Nketiah doubled the advantage with a well-taken finish from 12 yards as he turned home Gabriel Martinelli’s low cross having stood completely free inside the Leeds box.

Enjoying their football, Bukayo Saka picked up a delightful flick from Martin Odegaard but shot straight at Meslier.

Things went from bad to worse for Leeds as Ayling was sent off, the skipper seeing red for a two-footed lunge on Martinelli after referee Chris Kavanagh was advised by VAR to review the decision on the pitchside monitor.

Arsenal looked to make their numerical advantage pay, Odegaard forcing a good stop out of Meslier from a free-kick before Llorente hooked the loose ball off his own goal line.

Leeds traipsed off at the break having failed to register a shot on target in the opening 45 minutes – but Arsenal appeared to take their foot off the gas when the game resumed.

Meslier went largely untested during the opening minutes and Leeds struck with their first effort of the game as Llorente popped up at the back post to turn home Junior Firpo’s flick on from a corner.

The hosts toiled in their attempts to put the game to bed with a third goal, with Arteta turning to Nicolas Pepe and Emile Smith Rowe off the bench to freshen things up.

Leeds, though, remained a threat, Meslier coming forward for a late corner as tension grew around the Emirates.

He was back in the Arsenal box for a last-gasp free-kick which saw Rodrigo’s flick saved by Aaron Ramsdale, and the final whistle signalled a deep sigh of relief from the majority within the Emirates.