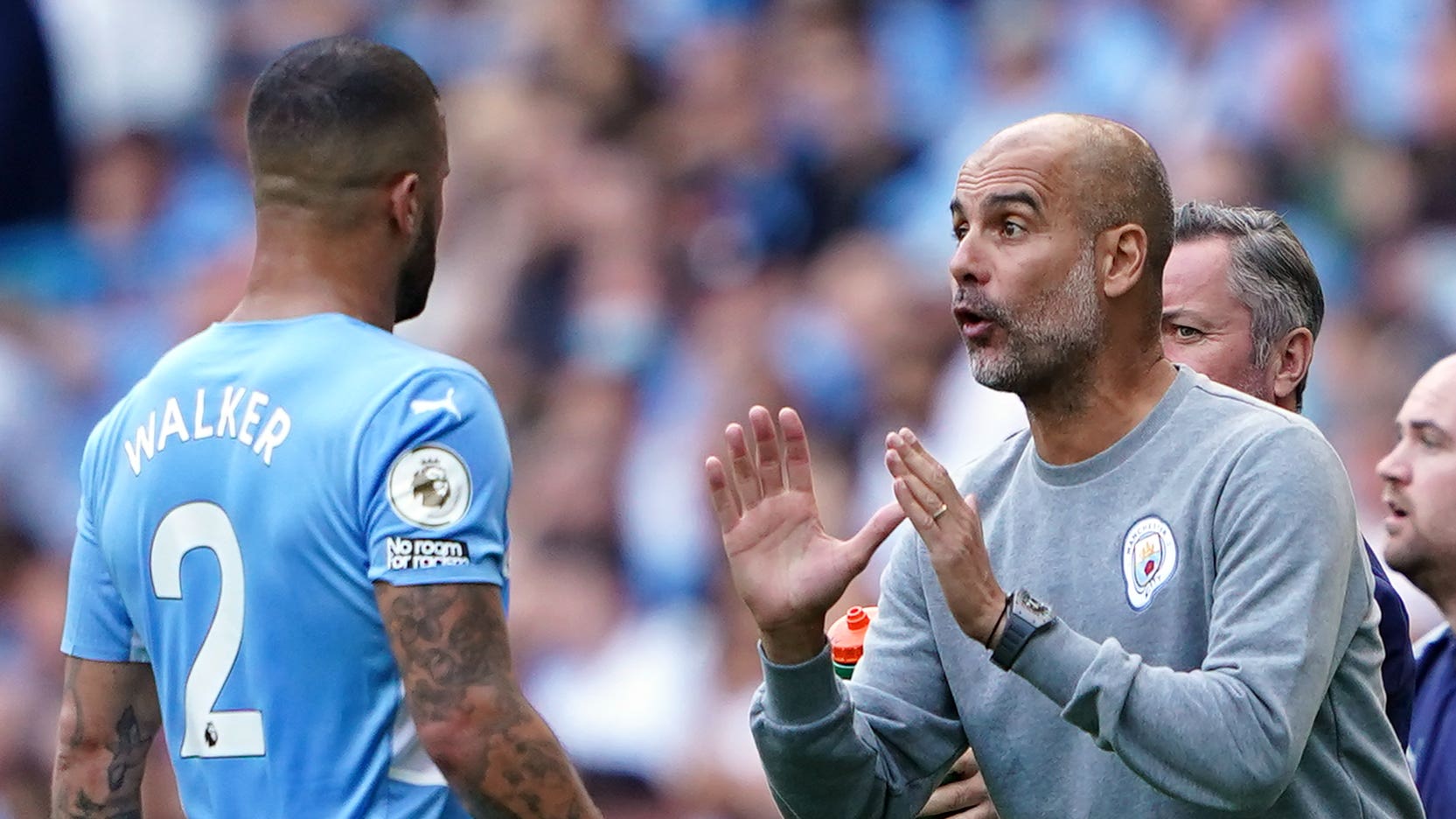 Kyle Walker and Kalvin Phillips will not return to action for Manchester City before Gareth Southgate names his England squad on November 10 but Pep Guardiola believes both players can still make it to the World Cup.

Guardiola has an injury concern of his own over star striker Erling Haaland ahead of Saturday’s trip to Leicester but Friday’s press conference was dominated by talk over the chances of Walker and Phillips travelling to Qatar ahead of England’s opening World Cup fixture against Iran on November 21.

Walker underwent groin surgery at the start of the month while Phillips, the £42million summer signing from Leeds, had a shoulder operation in September, having only played a total of 14 competitive minutes for City across three substitute appearances since arriving.

“They are positive, they are optimistic,” Guardiola said of the injured pair. “They are in touch with Gareth (Southgate). I don’t know. I hope they are ready to be selected. Then it is a question for the national team.”

Phillips, who was injured in the friendly against Barcelona on August 24, has returned to light training and Guardiola suggested there was a chance he could return to action for City before the World Cup kicks off on November 20.

But even if he does, it would only come after Southgate is due to name his squad, potentially leaving the England manager with a dilemma over whether to select a player whose fitness levels will be uncertain.

“What (Phillips) says to me when I find him in the canteen or locker room, or on the trip to Dortmund, he said he feels really well,” Guardiola said.

“His mobility in the shoulder is perfect. He’s started to train in contact with the ball. He has to avoid contact with team-mates but he’s really well.

“We’re surprised at how quick his development (has been).”

Guardiola has an injury concern of his own and was unable to say on Friday lunchtime if Haaland would be available for the trip to the King Power Stadium.

The Norway international – who has scored an incredible 22 goals in 16 appearance since joining from Borussia Dortmund in the summer – was withdrawn at half-time in Tuesday’s Champions League match away to his old club, having suffered with a fever and taken a knock to his ankle.

Pictures this week appeared to show Haaland limping into an assessment on his ankle injury, although he left unaided.

“He feels better but we’re training in a few hours and we will assess,” Guardiola said. “We will see how he feels. After we will decide – I will know it in two hours if he can play.”

If Haaland is unable to play, Guardiola said fellow summer arrival Julian Alvarez would be the natural option to start.

The Argentina international has scored four goals in City colours – only one in the Premier League – but has had to bide his time, with the match in Dortmund on Tuesday only his fourth start.

“Normally if Haaland doesn’t play, then Alvarez is the first option to replace him,” Guardiola said.

“If Erling is not available, not only tomorrow but in the future, then Julian is the first option…

“Play 90 minutes every game and he will score goals. Maybe not like Erling, but I don’t judge him (only on goals).”