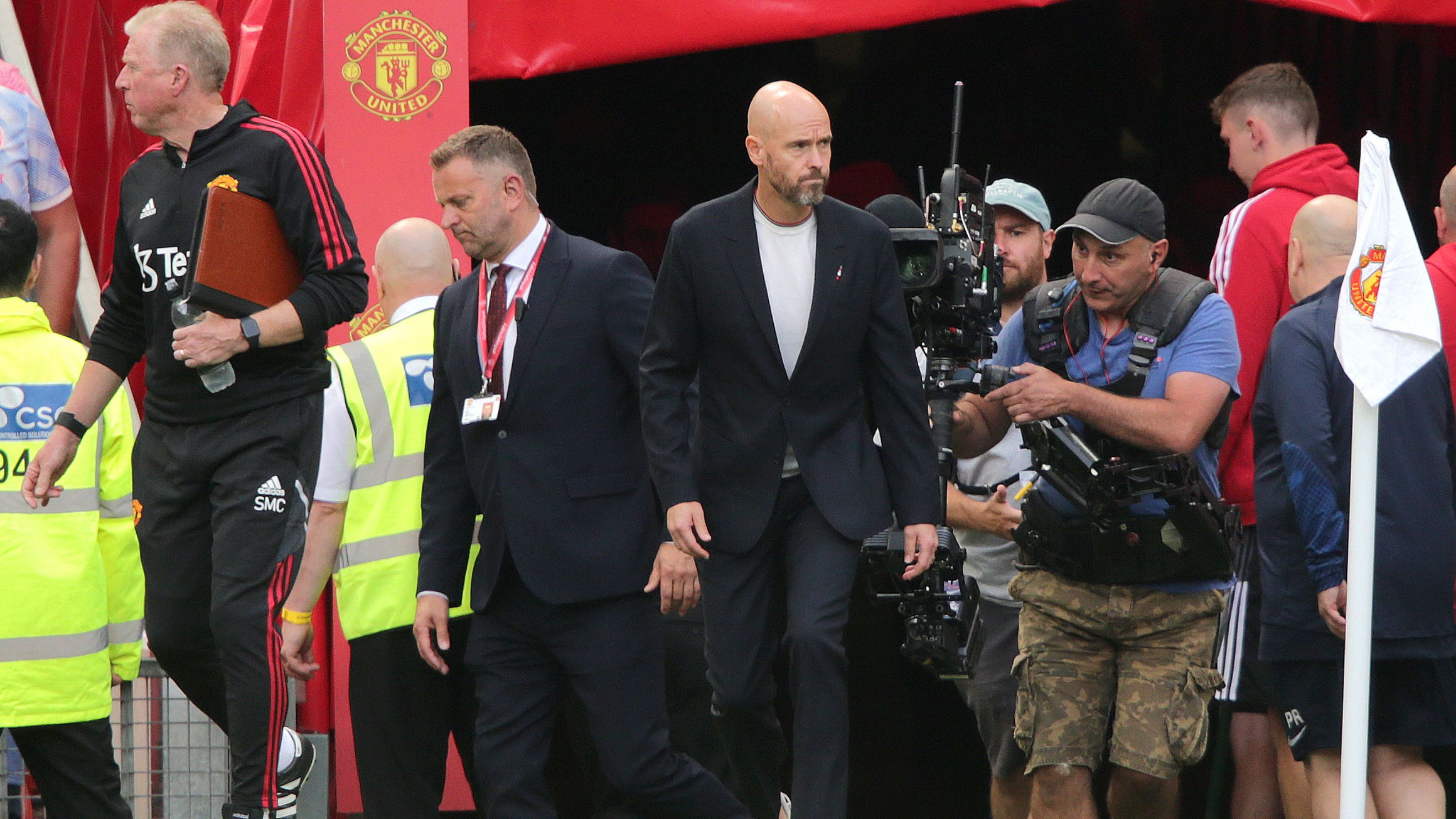 Erik ten Hag will stick with his philosophy and plan despite Manchester United’s wretched start to the campaign.

As if losing the season opener 2-1 to Brighton at Old Trafford was not bad enough, the Red Devils were trounced 4-0 at Brentford last weekend to leave them rooted to the bottom of the table.

It has been a chastening start to life in the hot seat but Ten Hag is sticking to his guns ahead of bitter rivals Liverpool’s arrival on Monday.

“It (has) confirmed my philosophy,” the Dutchman told club media.

“Now we have obviously (had) a setback, but I know the reasons and we have to work on that.

“We will clear it. But we stick to the philosophy and the plan.

“We have to turn that around quickly, but it’s normal in the process.

“You grow and then you get a drop. But it’s about keeping the right pattern and the pattern going up.”

But Ten Hag knows the “right attitude” is needed to complement the philosophy and the United boss did not see “fighting spirit” from the outset at Brentford.

“It starts with yourself,” he said ahead of Monday’s match, when protests against the Glazer family will provide the backdrop before and during the game.

“Act as a team. Follow the rules and principles and work hard, as hard as you can maximise. If you do that, then you get confidence.

“It’s a week that’s normal as a manager. That you see a game, you have a plan, a way of play and then you check how the game went.

“And then you analyse and you see what’s wrong and what’s good. Now obviously, a lot went wrong, but what I say is you don’t have to talk about anything when the attitude is not right.”

Casemiro will not complete his big-money switch from Real Madrid in time to feature for United against Liverpool.

Anthony Martial has returned to training ahead of the match, but Victor Lindelof and Facundo Pellistri are out.