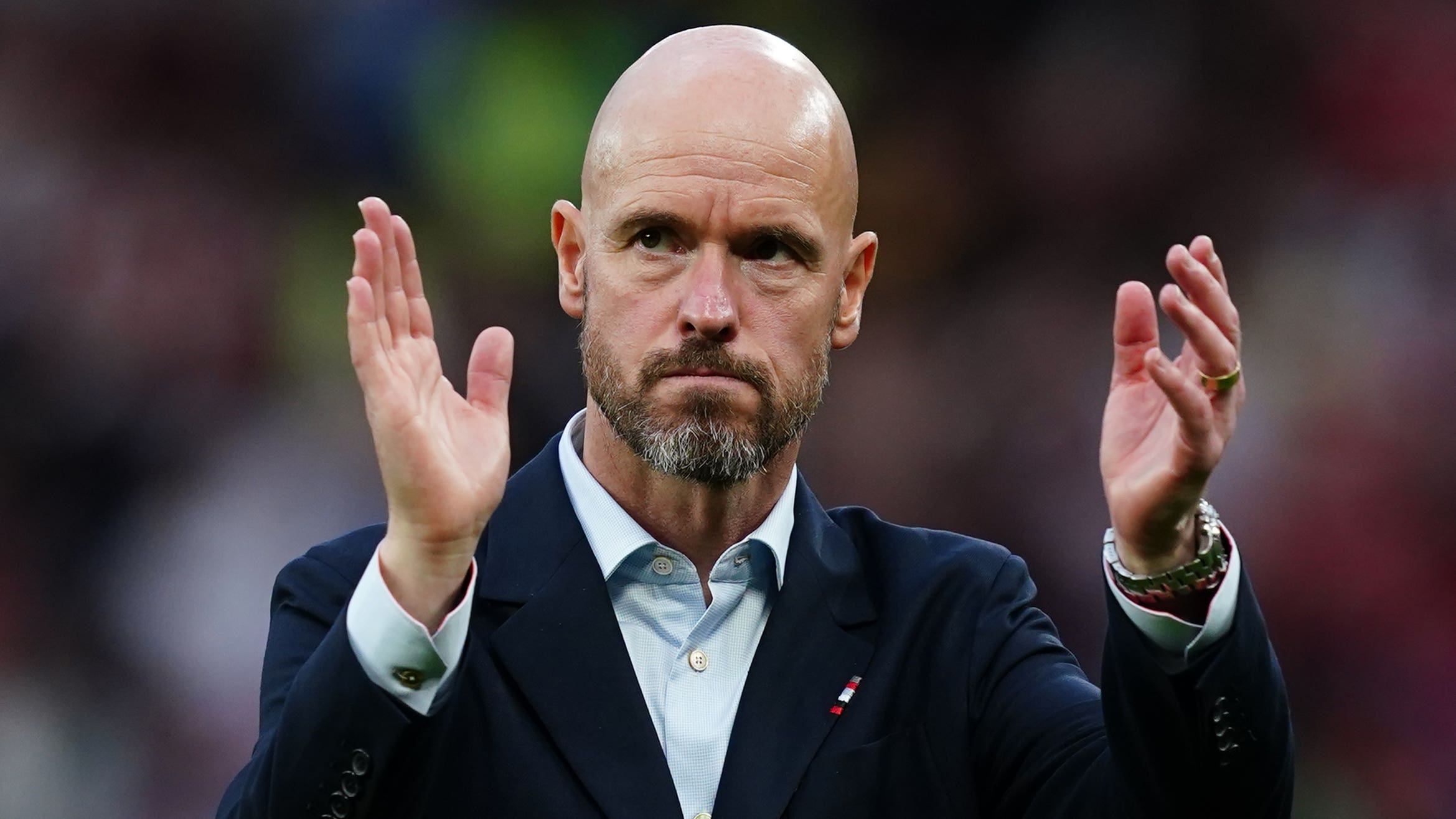 Erik ten Hag: I’m not the only manager under pressure to finish in the top four

Erik ten Hag has stressed that while he accepts the weight of expectation as Manchester United manager to get them into the Premier League’s top four, there is also “big pressure” on some of his counterparts.

Ahead of resuming their league campaign with Tuesday’s home clash against Nottingham Forest, United are fifth, three points behind fourth-placed Tottenham with a game in hand.

When it was put to him that the pressure on a United boss regarding the Champions League places was possibly more intense than at other clubs, Ten Hag said: “I accept it, how it is.

“But I think also for the manager of Chelsea (Graham Potter), of Newcastle (Eddie Howe), all those clubs invest a lot in their squad. So for every manager it’s a big pressure to get into the Champions League, that’s clear.

“You want to be in the top four, to fight for trophies, and that’s our aim.”

The table also sees Arsenal and Manchester City in first and second respectively and Newcastle third, while Liverpool are sixth, four points behind United, and seventh spot is occupied by Brighton, another point back and level on points with eighth-placed Chelsea.

Ten Hag, whose side have won four, drawn two and lost one of their last seven league games and on Wednesday recorded a 2-0 Carabao Cup win over Burnley in their first post-World Cup fixture, said: “We are aware the competition is tough, but I think it counts for all the seven, eight clubs who are fighting for the top four.

“You have to really battle for every duel to get your points. I’m looking at the process, how we’re performing, and of course we have to get the results as well. But if the process is right, when we get the right progress, I think we have a good chance to get into that top four.”

While United had various players that had been at the World Cup in action on Wednesday, absentees from the matchday squad included Harry Maguire (illness) and Diogo Dalot, who are doubts for Tuesday.

It also remains to be seen whether there is any involvement for Lisandro Martinez, an unused substitute for Argentina in last weekend’s final in Qatar, and Raphael Varane, part of the France side they beat on penalties.

Ten Hag said: “(Martinez) has been celebrating in Buenos Aires and I can understand that. It’s the highest you can achieve. But also, Lisandro Martinez has to accept on the 27th the Premier League will go on.

“Of course (Varane) is disappointed about losing but I think also he can be proud that he was again in that final (having won the 2018 World Cup), and of all that he achieved already in his career.”

Another player absent on Wednesday was Jadon Sancho, and Ten Hag has said he does not expect the winger, who last played in a match on October 22 and has been on an individual training programme, to be available on Tuesday.

He was then asked about the work Rainier Koers – who describes himself on his official website as a life coach – has been doing with United, if he was someone Sancho could work with, and if it had been a factor in the mental attitude of Marcus Rashford, scorer of an excellent solo effort on Wednesday.

Ten Hag said: “He’s here continually, the whole season, working in the coaching staff and the man-management, working with the squad but also with the staff, the departments. That’s his job, one of his jobs – to get the right spirit in, individual and in team.”

“There were many, many good players at the World Cup,” was his simple reply.

He gave a similar response when PSV boss Ruud van Nistelrooy saying of Gakpo’s situation that “there comes a time when you can’t say no” was raised.

“I think you can say that about many players,” Ten Hag said.