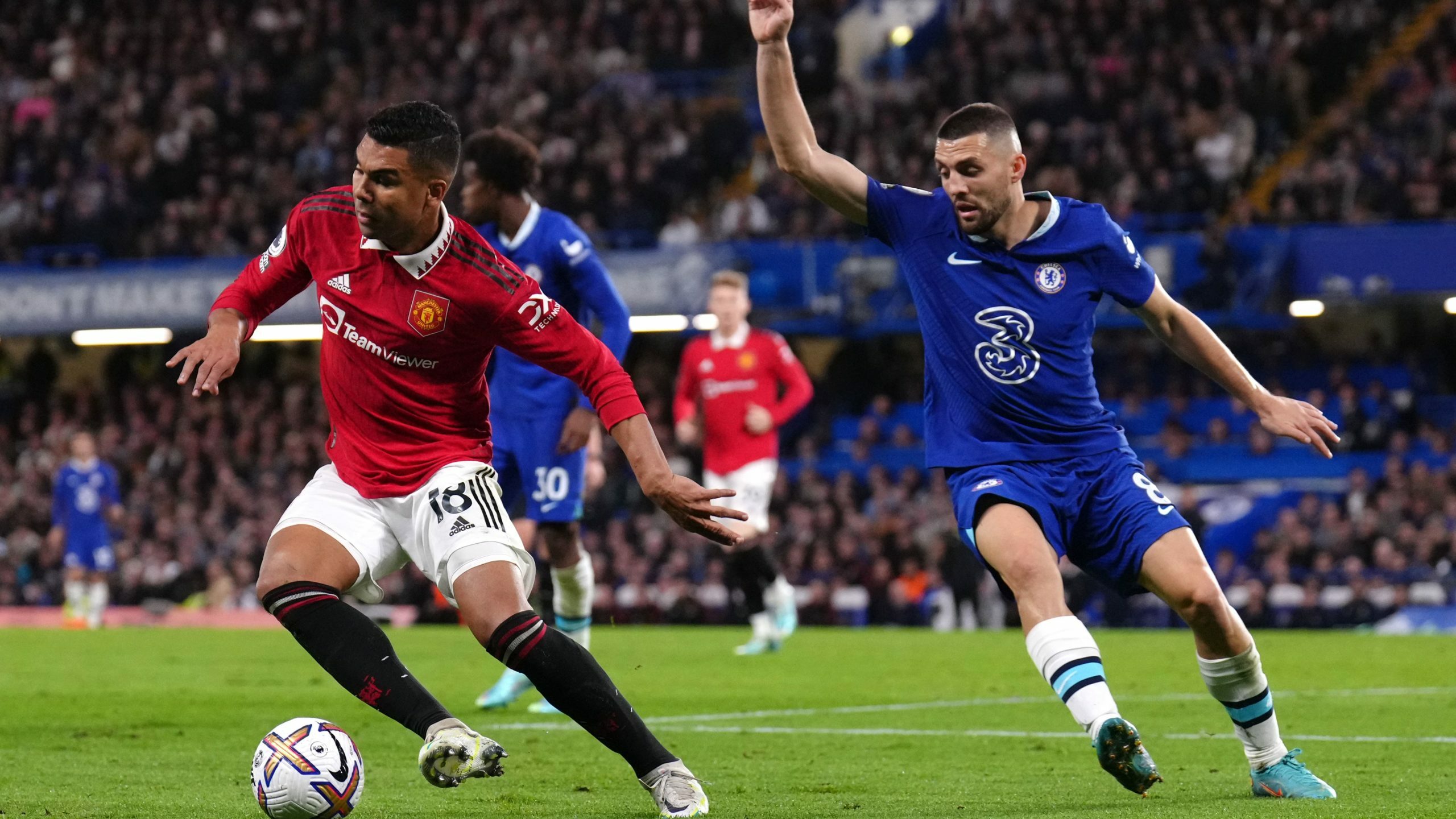 Erik ten Hag has hailed Casemiro for showing exactly why Manchester United signed him with his last-ditch header at Chelsea.

Casemiro’s powerful headed goal scrambled United a 1-1 Premier League draw at Chelsea, with the visitors levelling in the fourth minute of added time.

The Brazil midfielder cancelled out Jorginho’s 87th-minute penalty to ensure the Red Devils ended a fraught week with a deserved draw at Stamford Bridge.

United shelled out £70million to lure Casemiro from Real Madrid in the summer and now manager Ten Hag believes the 30-year-old is vindicating that business.

Asked about Casemiro’s goal, Ten Hag replied: “That is why we brought him in, we know he’s capable of doing that.

“He proved it in Spain, in the Champions League, at the highest level. So he could also do it in the Premier League.

“He needed a short period to adapt to that, and now from game to game you see him growing, and how important he is for our game.

“He offers composure, organisation; and also when he scores a goal as well, then you bring a lot to a team.”

United dominated the opening half-hour without finding a breakthrough, before Chelsea switched formation and forced a foothold.

Jorginho’s late spot-kick had the Blues hoping to swipe all three points, only for Casemiro to direct Luke Shaw’s cross just past Kepa Arrizabalaga’s full-stretch attempted save.

Goalline technology awarded the effort after Kepa had palmed the ball onto the post, with the rebound just crossing the line.

United had pitched up in London minus Cristiano Ronaldo after the Portuguese had gone down the tunnel before the end of Wednesday’s 2-0 win over Tottenham.

Ten Hag stood down the 37-year-old for his disciplinary breach, again throwing up the possibility of an Old Trafford exit.

Ten Hag preferred to focus on his side’s resilience to pull off a point from a losing position against an in-form Chelsea.

“I think that’s also why I’m happy in this stage of the season with this point, when you are capable to fight back like we did,” said Ten Hag.

“We did it last week to get the win, we did it today after you are down. You show resilience and that is a really big thing for big teams.

“And to have that in your capabilities, and therefore that is what Casemiro among others is bringing into the squad and the team.”

That issue has left Thiago Silva and Trevoh Chalobah as the Blues’ only senior out-and-out fit centre-backs, though boss Graham Potter remains unfazed about the scenario.

“Kalidou just felt his knee at the back end of the Brentford match; we’re not sure the extent yet but this one was too soon for him.

“We have to manage the players and deal with what we have. Everyone is challenged at this part of the season, the schedule is relentless so it’s always a balance between sharing the load with the players because they are not robots.

“They have to deal with the schedule. The boys are in a good place in terms of fighting for each other so that is a good starting point.”