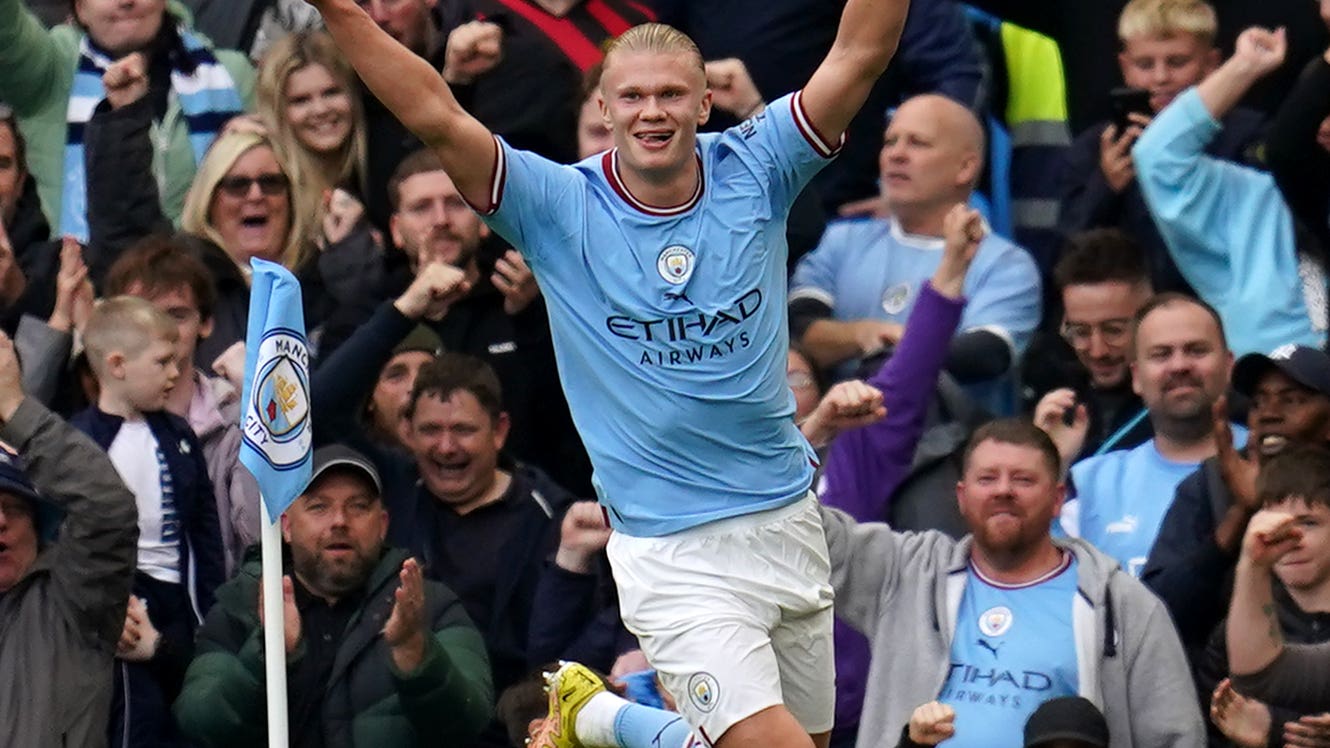 By By Andy Hampson PAOctober 22, 2022No Comments

Erling Haaland and Manchester City returned to form as the Premier League champions saw off Brighton 3-1 at the Etihad Stadium.

The prolific Norwegian endured a rare off day as City slipped to their first defeat of the campaign at Liverpool last week but he responded impressively by scoring twice against the Seagulls.

Both his goals came in the first half, the second from the penalty spot, but it took a fine Kevin De Bruyne strike to wrap up victory after Brighton rallied with a Leandro Trossard reply.

Haaland’s double took his tally since joining City to a remarkable 22 goals in just 15 appearances in all competitions. He now also has 17 Premier League strikes to his name, just six short of last season’s golden-boot winning total.

The striker did not see much of the ball in the opening stages and, intriguingly, manager Pep Guardiola called him for a chat during a break in play for Brighton’s Danny Welbeck to receive treatment.

Whatever was said enlivened the Norwegian and he had a strong penalty appeal turned down after being clipped by Robert Sanchez. His initial heavy touch on a De Bruyne pass perhaps spared the Brighton keeper.

Haaland’s opener in the 22nd minute owed much to his pace and strength. He first lost Lewis Dunk as he chased a long clearance from Ederson and then barged Adam Webster out of the way to claim the ball. With Sanchez caught off his line, Haaland calmly rolled the ball into the unguarded net.

Sanchez produced a fine save to prevent the visitors conceding a second to a superb City move soon after. Riyad Mahrez broke clear down the right after nutmegging his marker and Bernardo Silva crossed for De Bruyne, who exchanged passes with Jack Grealish before firing at Sanchez.

City’s second came just before the interval after Dunk was controversially ruled to have tripped Silva in the area.

Dunk was adamant the Portuguese had initiated the contact but there was also a suggestion he may have been pushed in the back by another defender. Referee Craig Pawson initially played on but his decision was eventually overturned following a VAR review.

Haaland did not waste the opportunity and smashed home from the spot.

Brighton’s best chance of the first half came after Ederson carelessly gave the ball to Welbeck and the former Manchester United forward fired over.

But they started the second period much more positively and, although Mahrez should have beaten Sanchez at the other end, they were rewarded when Trossard pulled one back.

City were caught in possession and Trossard came in from the left to lash a shot past Ederson at the near post.

The goal energised the visitors and Alexis Mac Allister sent another drive just over and Ederson denied Trossard.

Yet Aymeric Laporte headed narrowly wide for City and De Bruyne settled any nerves 15 minutes from time with a brilliant strike, picking his spot and curling into the top corner from 25 yards.