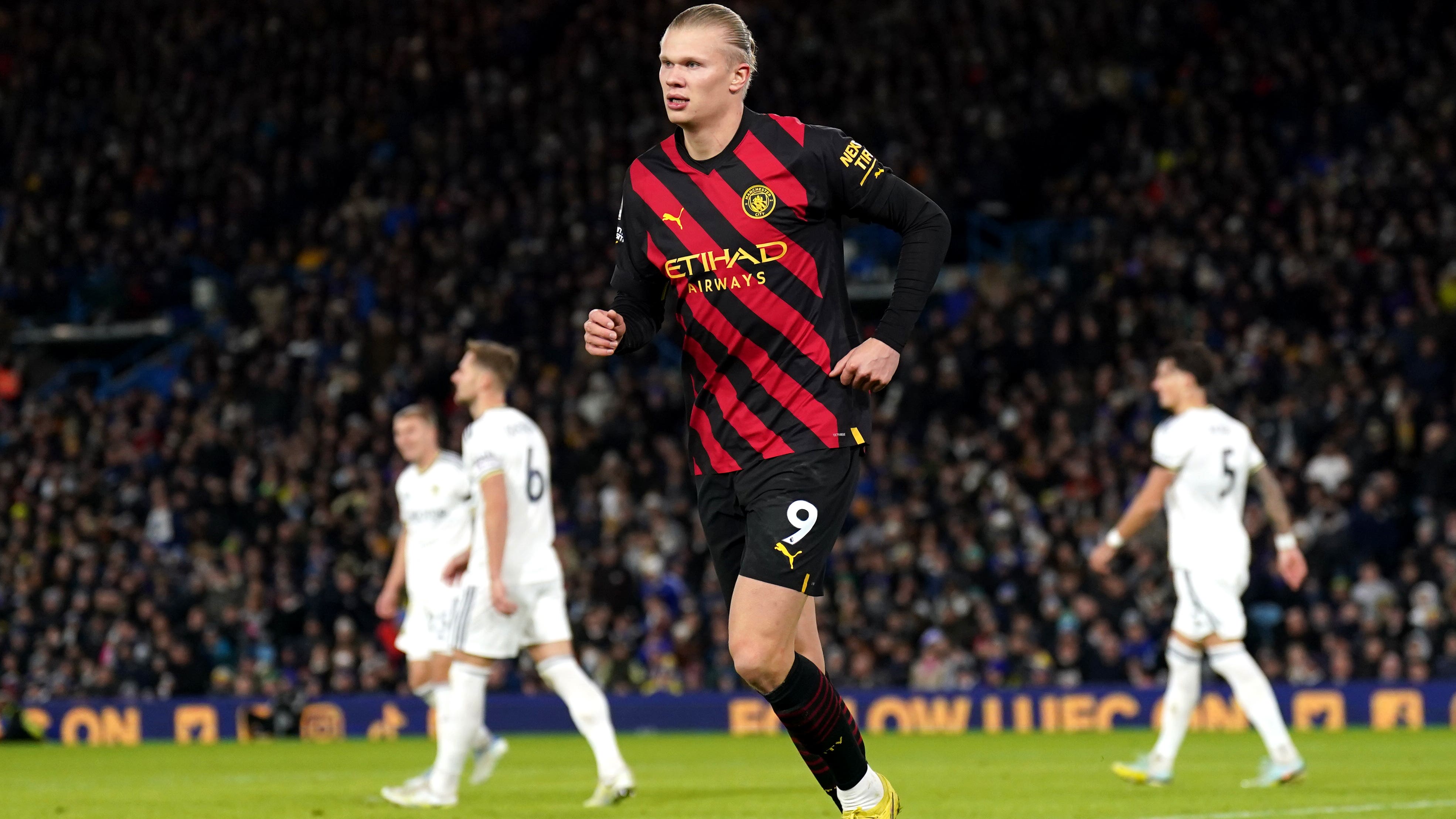 Haaland continued his stunning start at City with two more goals in the champions’ Premier League victory at Leeds on Wednesday.

The Norwegian’s double increased his tally to 26 goals in 20 matches in all competitions since his summer move from Borussia Dortmund.

It also took his haul in the Premier League to 20 in 14 appearances, making him the quickest player to reach that landmark.

Guardiola said: “If he breaks records and scores a lot of goals it’s good because it will help us to win games. When everyone performs to their best the team benefits.

“Since day one we are delighted not just with his goal contributions – that’s why he’s here – but for many things.

“Hopefully he can continue to improve as a football player because I feel he can do better. He’s young, we cannot forget that. I think he has the mindset to do it.”

City, who trail leaders Arsenal by five points, return to action as they host Everton on Saturday.

Midfielder Kalvin Phillips, whose physical condition was criticised by Guardiola last week, could be in contention.

The England international was an unused substitute against former club Leeds in mid-week.

Guardiola said: “He’s coming back fit. He’s in the condition to train at a high level and we will decide when he plays.”

One player who is not available as a result of his World Cup exertions is forward Julian Alvarez.

The striker has not yet returned to Manchester, having been given time off following his influential role in Argentina’s tournament triumph.

“He will come back soon,” said Guardiola. “After New Year’s Eve he will be here.”

Saturday’s encounter could see City come up against Dominic Calvert-Lewin.

The Everton striker has struggled with a number injury problems this season but could return as Frank Lampard’s side, who are just a point above the bottom three, target a shock win.

Guardiola said: “Unfortunately for him and for Everton he was injured for the last period.

“He could not bring consistency to his play, but when he is on top he is exceptional with long balls, second balls in the box. He’s a dangerous player.”