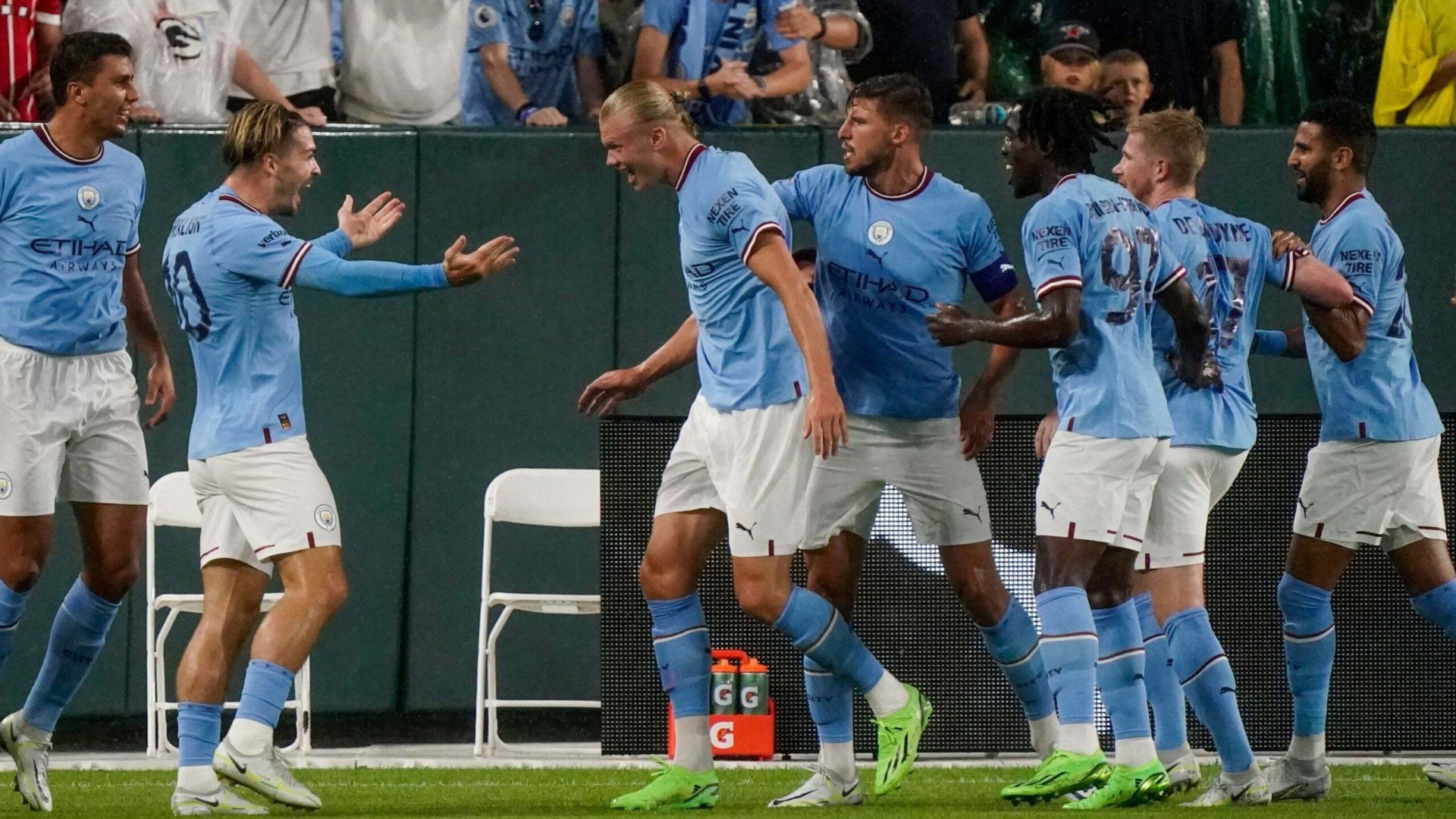 Manchester City new boy Erling Haaland is relishing his blossoming partnership with Jack Grealish after the England international helped him mark his debut with a first goal for the club.

The 22-year-old Norwegian, a £51million summer signing from Borussia Dortmund, needed just 12 minutes to do what he does best, converting Grealish’s cross to secure a 1-0 friendly victory over Bayern Munich on a stormy Saturday evening at Lambeau Field in Green Bay.

Haaland has already been impressed with the former Aston Villa playmaker, who has struggled to make the impact he might have hoped following his own £100m switch to the Etihad Stadium last August, but is convinced there is much more to come from the pair.

Haaland’s involvement in front of a crowd of almost 80,000 was limited to just 41 minutes on a night when kick-off was delayed because of an electrical storm and then play paused for almost 45 minutes by another.

However, it did not take him long to demonstrate the prowess in which City have invested so heavily.

He said: “As you probably all know, I’ve been watching a lot of City games for the last years and the last years have been without a striker, so of course I’ve been seeing myself in these kind of situations today, so I’m not surprised.”

If results in pre-season are largely incidental, this one carried a little more weight for Haaland after his time in the Bundesliga and ahead of Saturday’s Community Shield clash with Liverpool.

He said: “It was about time, I have to say, seven losses in a row, so to win against Bayern feels good.

“The quality is good and it was also good to play against Bayern to get a real test before Liverpool in the week.”