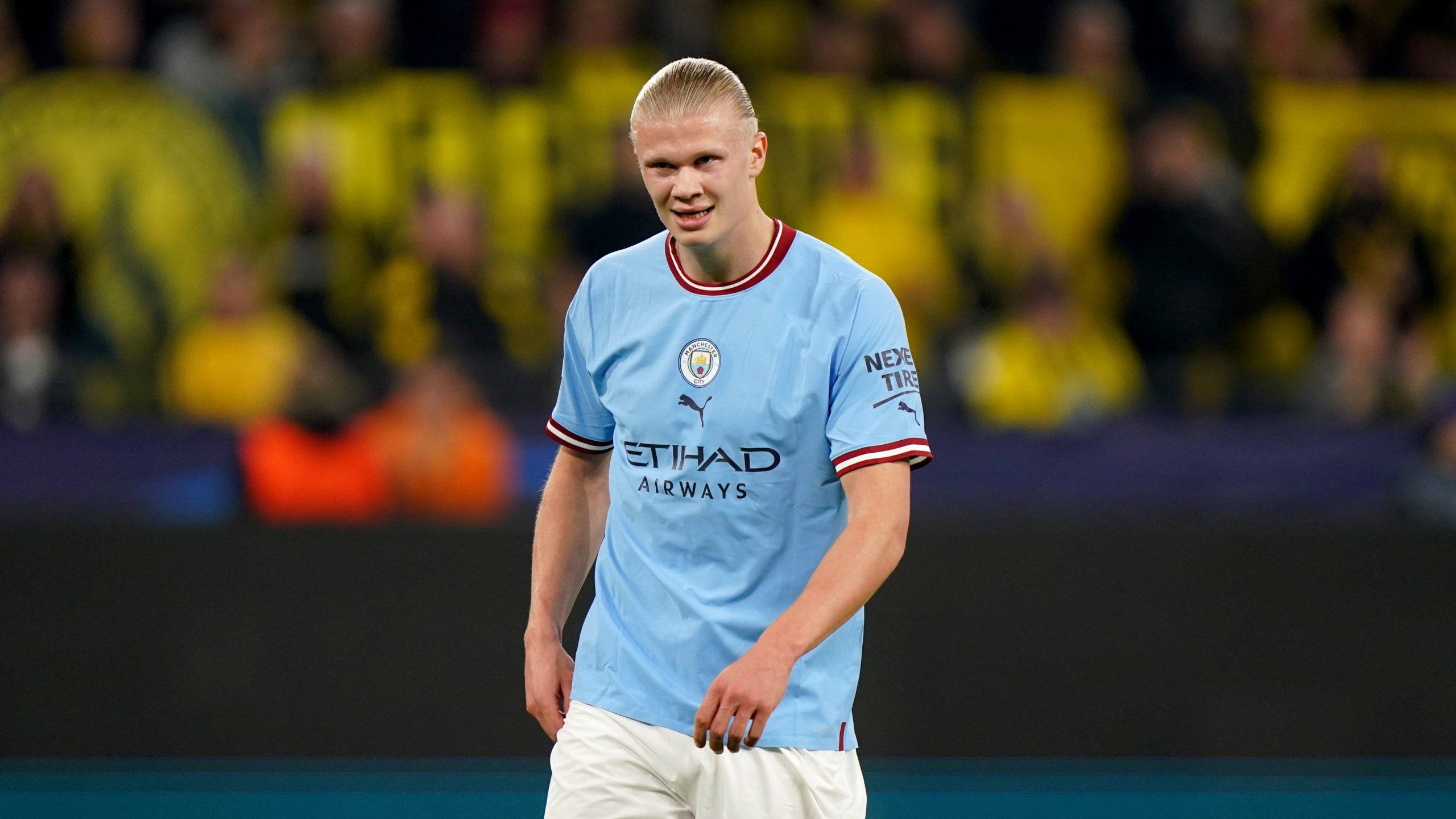 By By Andy Hampson PANovember 4, 2022No Comments

Manchester City’s top scorer Erling Haaland is poised to return for the champions’ Premier League clash with Fulham on Saturday.

The prolific Norwegian, who has scored 22 goals in 16 City appearances, has missed the last two games through a combination of a foot injury and illness.

The 22-year-old has been back in full training since Thursday and appears to be winning his fitness battle, although manager Pep Guardiola remains guarded on his prospects of playing.

The City boss said at his pre-match press conference: “He’s much better. We will decide today (Friday).

“It is a good step, a start to training, but now we have another training this afternoon and will see.”

Asked what factors needed to be considered, Guardiola added: “His opinion, the doctor’s opinion, if is he good for 90 minutes or less minutes. We will see after training.”

Guardiola has raised eyebrows by naming midfielder Phil Foden among the substitutes for the last two Premier League games but he insists this is merely a matter of rotation.

He said: “Riyad (Mahrez) has been on bench, Jack Grealish on bench, Bernardo Silva, (Ilkay) Gundogan, Kevin De Bruyne on the bench. It is not an issue.

“We have many players and we have to use them. I demand the best and want the best of them. This is going to happen in the future. It has always been like that.

“In Dortmund we played to qualify first, and Kevin De Bruyne didn’t play one minute. It happens.”

Guardiola is expecting a tough encounter with Marco Silva’s Fulham and already accepts there is one area where striker Aleksandar Mitrovic is likely to get the better of City.

“They are a good team and it is not a surprise,” said Guardiola. “They started really well against Liverpool and have continued that way.

“The manager is just exceptional – Marco, last season, in the FA Cup, I know how we suffered. They have a good process from behind and of course when they are under pressure they use the long balls to Mitrovic.

“We have to understand he is a big guarantee, and we are going to lose that ball. So, prepare for the second ball, defend the far post because he is a big danger.

“How many goals did he score in Championship? People say that was the Championship but he’s getting goals in the Premier League.

“He’s natural, he’s a competitor, he puts defenders to the limits and he’s clinical. In the box he’s really good.”