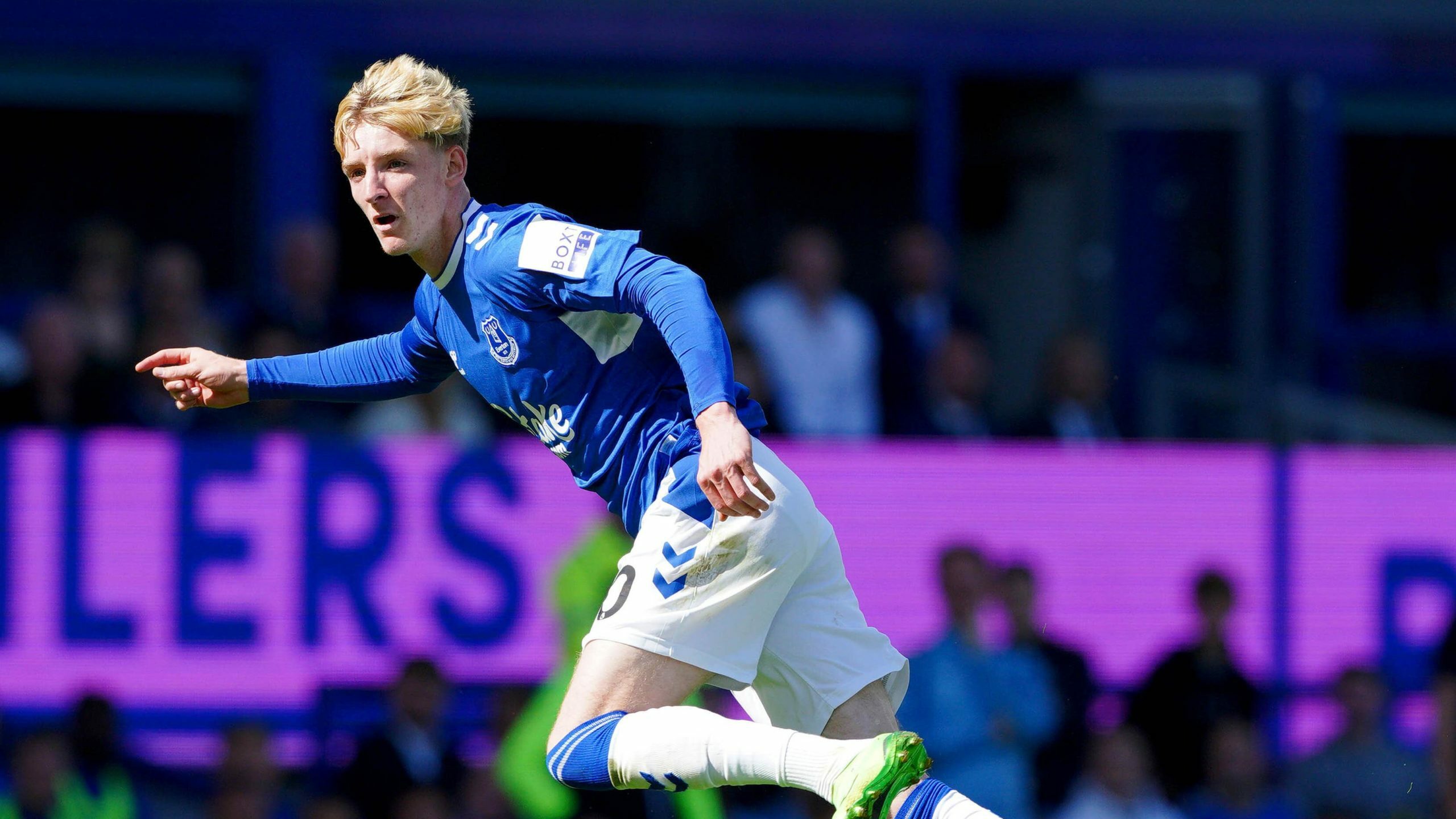 By By Andy Hampson PAAugust 21, 2022No Comments

Frank Lampard is keen to help Anthony Gordon develop into an efficient goalscoring midfielder whilst at Everton.

The highly-rated Gordon has been linked with a move to Lampard’s old club Chelsea but the Toffees hope to keep the dynamic 21-year-old.

Lampard feels one of the next phases in Gordon’s development will be to improve his finishing.

Having been a prolific goalscoring midfielder himself, this is a subject the Everton manager knows plenty about.

As a player, Lampard joined Chelsea at the age of 22 in 2001 and went on to become their record goalscorer over the course of a glittering 13-year spell with the London club.

Interestingly, however, Lampard is not sure he would have hit the ground running had he moved to Stamford Bridge at a similar age in the modern game.

Lampard said: “At 20 years of age I wouldn’t have got into a modern-day Chelsea team with the way I was playing. I would probably have had to go there and find my way into the team.

“I wasn’t feeling as confident to rack up big numbers until I was in my low to mid-twenties – 23, 24 and onwards.

“It is a process, and players absolutely can improve on it by working time and time again, recreating situations and positions to get better at it.

“The more they see that works, the more confident they get and the better players they become.

“We work on it all the time. It is a general thing we work on with attacking players.”

Gordon created a number of chances for himself in Everton’s 1-1 draw with Nottingham Forest on Saturday – the club’s first Premier League point of the season – but was unable to find the net.

Lampard feels there is a lot to work on but is convinced Gordon has the desire to do so.

He said: “Anthony is a great professional, he has a great hunger as a young lad. He wants to work on his finishing.

“Some of it is just pure development – as a young player who gave us so much last year in his output, the goals will just come. But it takes a bit of time sometimes to get that in your game.

“Even for some of the greatest players, to expect them to be plundering goals at 21-22 is not always the norm. There is the occasional exception, number nines, (Erling) Haaland etc – it is their thing.

“But Anthony has a lot of strings to his bow and the goalscoring one will come.”