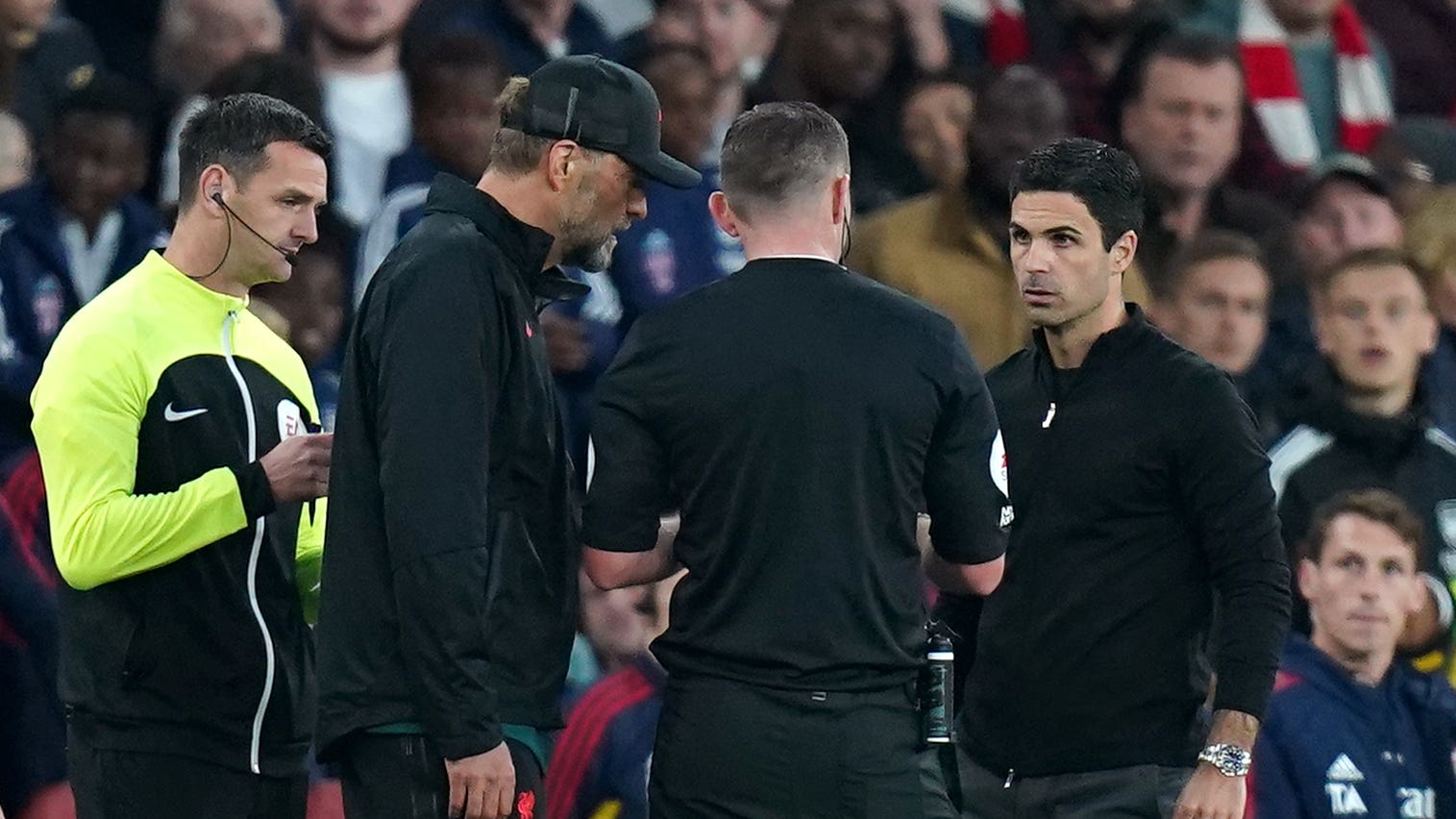 The Football Association is to review details of an incident towards the end of Arsenal’s 3-2 win over Liverpool at the Emirates Stadium on Sunday evening.

Bukayo Saka scored a late penalty to secure victory for the Gunners, who moved back to the top of the Premier League above Manchester City.

Liverpool had twice come from behind to haul themselves level before Arsenal were awarded a spot-kick with 15 minutes left after Thiago Alcantara’s challenge on Gabriel Jesus, which contained minimal contact but was upheld by VAR.

There was a flashpoint as tempers boiled over following the decision, with players from both sides becoming involved.

Klopp said in his post-match television interviews he was “not allowed” to divulge any more details while Arteta told a press conference afterwards: “It was an incident that happened. Whatever happens on that pitch stays on that pitch.”

The FA will speak with Oliver and his officiating team before deciding if any further steps should be taken.

“We are aware of an incident that took place during the match between Arsenal and Liverpool. We are in dialogue with the match officials and will review the details of the incident,” an FA spokesperson said.