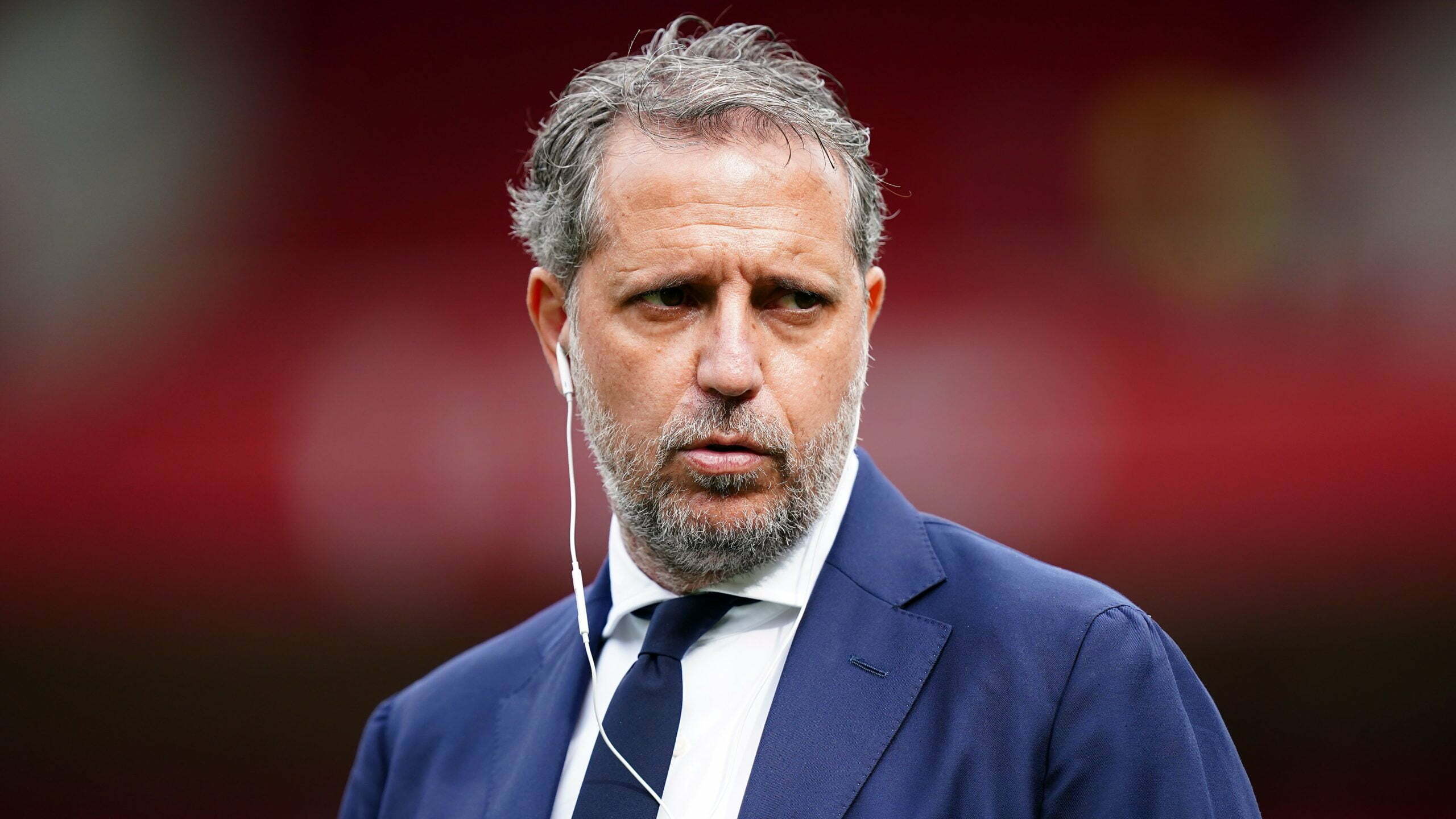 Fabio Paratici feels Tottenham have closed the gap on Manchester City and Liverpool but acknowledged they still have a “long way” to go in their project.

The managing director has been at the club for just over 12 months and made a flurry of signings during that period, which included seven this summer.

July arrivals Ivan Perisic and Richarlison have hit the ground running and Spurs have greater depth compared to last season, but the Italian echoed the sentiments of boss Antonio Conte by insisting they are just at the start of a process of trying to compete with the world’s best.

Paratici told SpursTV: “One year ago I came here and if you remember my first words were we have to be better, build something important and arrive to be competitive.

“I think we’re in a good place, the gap has reduced. We finished in the table 20 points less than Liverpool and Manchester City so this gap is not possible to reduce in a small time but we’re much better.

“Antonio is one of the best coaches in the world, we signed players, we improved players but we have a long way in front of us.

A notable shift in policy this summer was Tottenham completing the majority of their transfer business early with the six additions currently part of the first-team group all signed by July 19.

It is in contrast to previous years when Spurs have notoriously waited until the final days of the transfer window to complete deals but a £150million cash injection by ownership group ENIC in May helped Paratici and co get to work early.

“It was a really good summer transfer window,” he added. “First we have to thank ENIC to help us with the equity injection early, to give us the opportunity to make our job easy without economic difficulties.

“To do things early is just a question of having a vision.

“The same vision as the club and coach, everyone together making the right decisions to straight away finding out our targets. Not just for Antonio for every coach it’s important to have this kind of solution.

“To get players early you can work, manage them, know them better. It’s easy from a sporting, economic sign and give the right signal to fans.”

Spurs begin their Champions League campaign this week, after two-and-a-half years away.

Paratici wants qualifying for the tournament to become the norm.

He said: “For the other clubs in England, it’s something special to get in the top four and for us has to be a continued target.

“I don’t want to say normal target but it has to become a habit to play Champions League.”