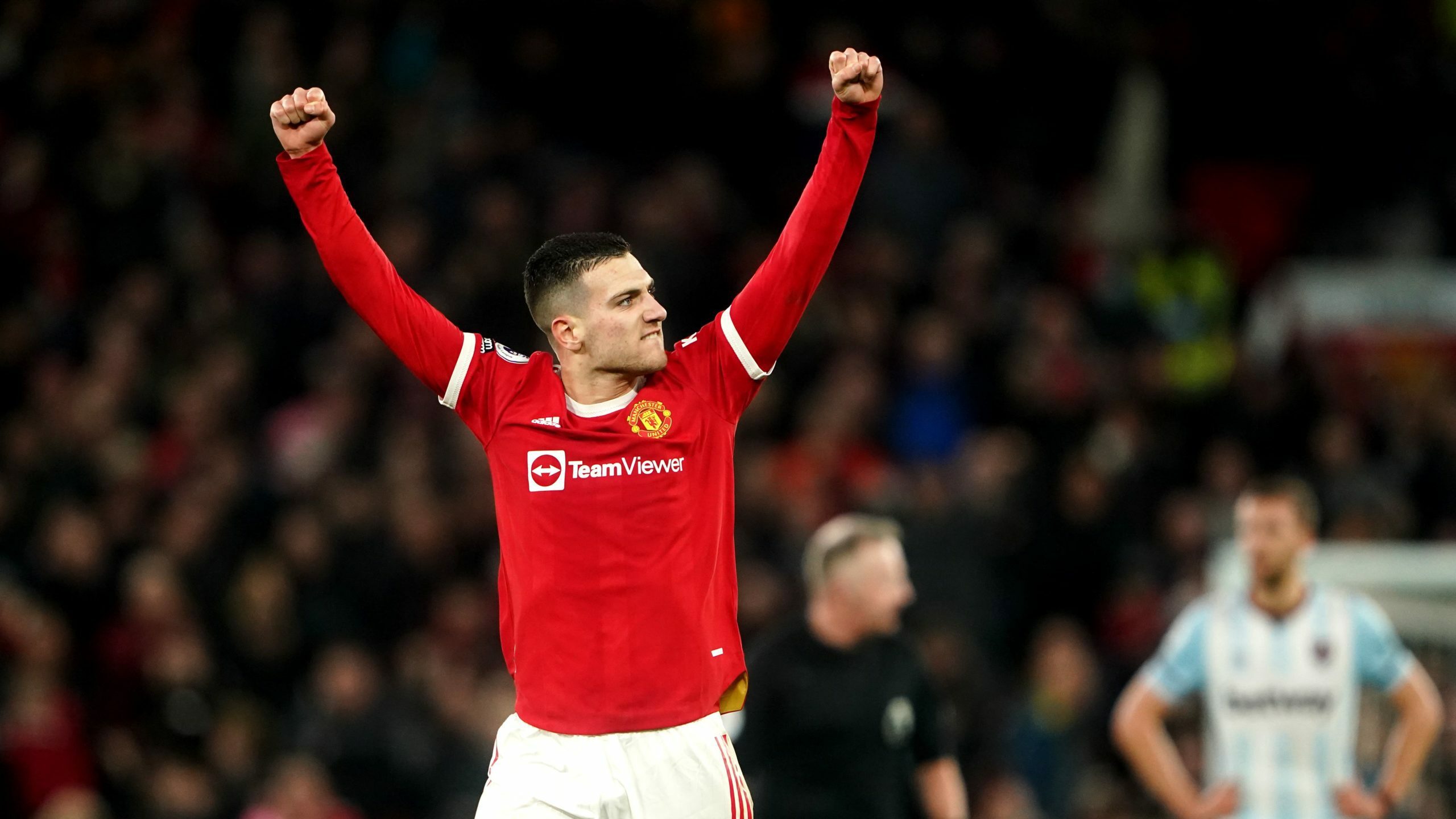 Manchester United are reportedly close to triggering a one-year extension with Diogo Dalot to stop his potential move to Europe. The Portugal defender’s contract at Old Trafford ends next summer and AC Milan and Barcelona have been monitoring him. But the Sun says United want to keep the 23-year-old right-back and will extend his stay until at least the end of the 2023-24 season.

Chelsea and Liverpool are said to be interested in Khvicha Kvaratskhelia and now they know how much they will have to pay for the Napoli winger. The Georgia international has netted eight goals to go with 10 assists since moving to Campania this year from Dinamo Batuni, with his efforts helping his side qualify for the Champions League last 16. The Express reports the player, 21, could cost up to £86million if Napoli sell him next summer.

England midfielder Jude Bellingham is United’s top transfer target, according to the Mirror. The club tried to sign the 19-year-old from Birmingham in 2020 and even arranged for Sir Alex Ferguson to give him a personal tour of their training ground. He opted instead to join Borussia Dortmund, where he has impressed so much that he has become Red Devils boss Erik ten Hag’s number one target. But the Dutchman faces competition for his signature from neighbours Manchester City as well as Liverpool and Real Madrid.

Hakim Ziyech has fallen out of favour at Stamford Bridge but he could find a home elsewhere in the capital. The Express says Tottenham consider the ex-Ajax midfielder, 29, the missing ingredient to help them win the Premier League. The Morocco winger has fared poorly for Chelsea under Thomas Tuchel and his successor Graham Potter, with just a handful of cameo appearances from the bench for the latter.

Boulaye Dia: The 25-year-old Senegal forward, currently on loan at Serie A side Salernitana from LaLiga’s Villarreal, is being monitored by West Ham, Nottingham Forest and Leeds, according to Italy’s Gazzetta dello Sport.