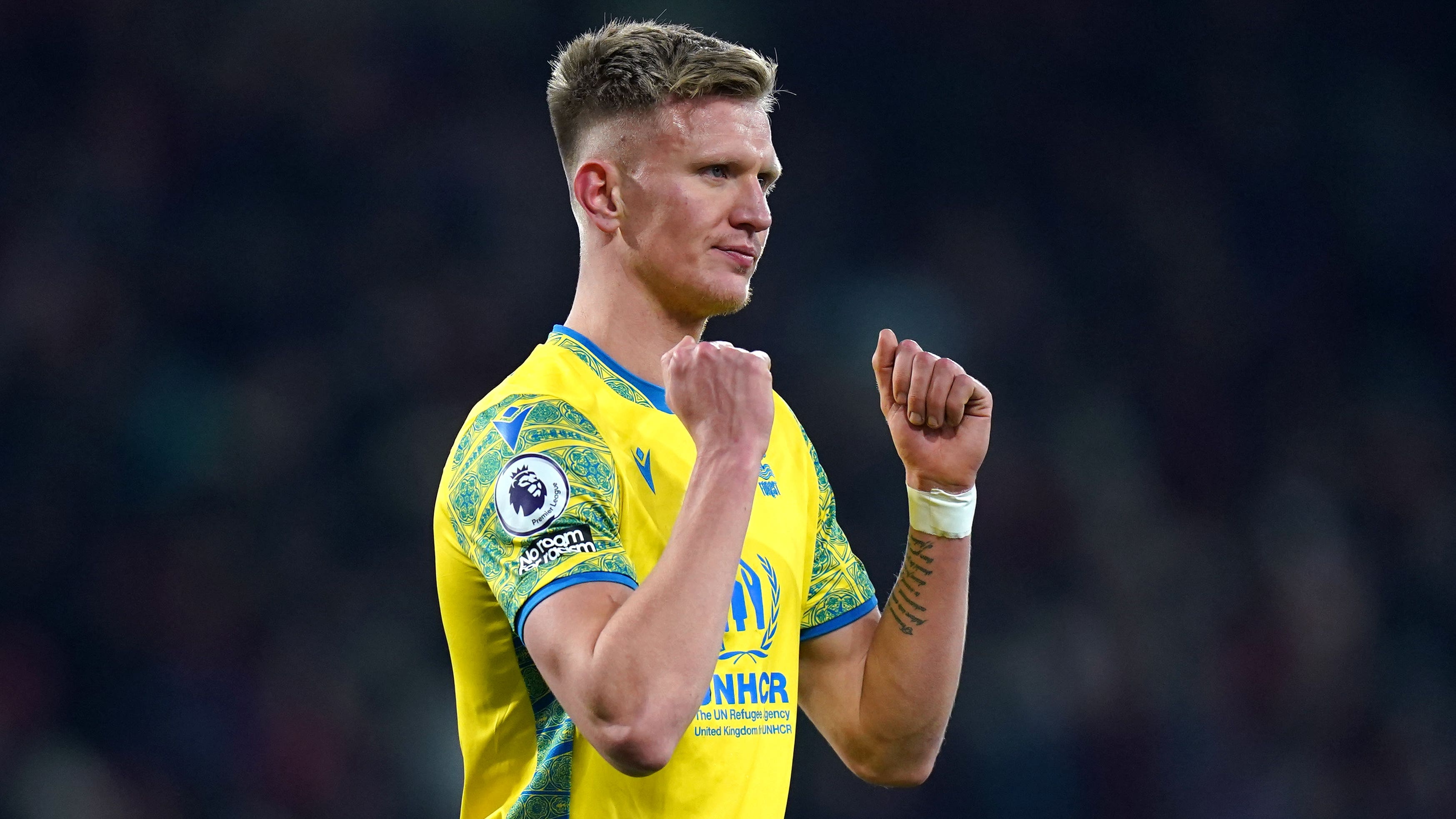 By Press AssociationJanuary 21, 2023No Comments

The forward, who was jeered by sections of the home crowd, was given a round of applause in the away dressing room after his crucial impact having come on for debutant Chris Wood.

Cooper felt a draw was the minimum his side merited on the south coast and sang the praises of Surridge, who has been restricted to a peripheral role at the City Ground.

“Booed on and booed off, hey? I say that respectfully, I’m sure there was no malice in that,” said Cooper.

“We’re really fond of Sam. He’s been excellent since he’s come in. I can only say positive things about him. He works so hard, a really, really popular lad, a brilliant team-mate and has never let us down.

“For him to get his first Premier League goal at the club he started at and getting booed coming on the pitch is something I am really happy about – nobody deserves that moment more than him.

“I just pointed him out in the dressing room to everybody else and there was a bit of a round of applause for his first Premier League goal and that’s because everybody is so fond of him.”

Forest dominated much of the second period but initially created little, with Wood largely ineffective following his arrival from Newcastle on Friday before being replaced in the 75th minute.

The visitors, who had a Ryan Yates header disallowed for offside in the first half following VAR intervention, faced another anxious wait late on before Surridge was adjudged to be level with the Bournemouth backline as he converted Brennan Johnson’s low cross.

“I think, in the end, it was the least we deserved,” said Cooper.

“I won’t deny we gave Bournemouth some moments in the first half, which were self-inflicted, the goal included.

“Second half, I thought we were excellent. We were by far the better team, the superior team technically, tactically.”

Anthony fired struggling Bournemouth ahead in the 28th minute, benefiting from an assist from debutant Dango Ouattara to end his club’s four-game goal drought in the league.

But the dramatic twist pushed the Cherries into the relegation zone as Gary O’Neil continues to search for his first victory since being appointed permanent boss in November.

“My over-riding emotion is disappointment because the boys put a lot in,” said O’Neil, whose side lost six successive matches in all competitions prior to Saturday’s draw.

“It’s a small error for the goal. Forest are a threat on transition and we managed it so well for the whole game, they don’t really hurt you with the ball, they hurt you when there’s a turnover.

“That was annoying that one of them caught us.

“There were so many positives from the game as well but, so close to the final whistle, I’m disappointed we weren’t quite able to take all three points.”