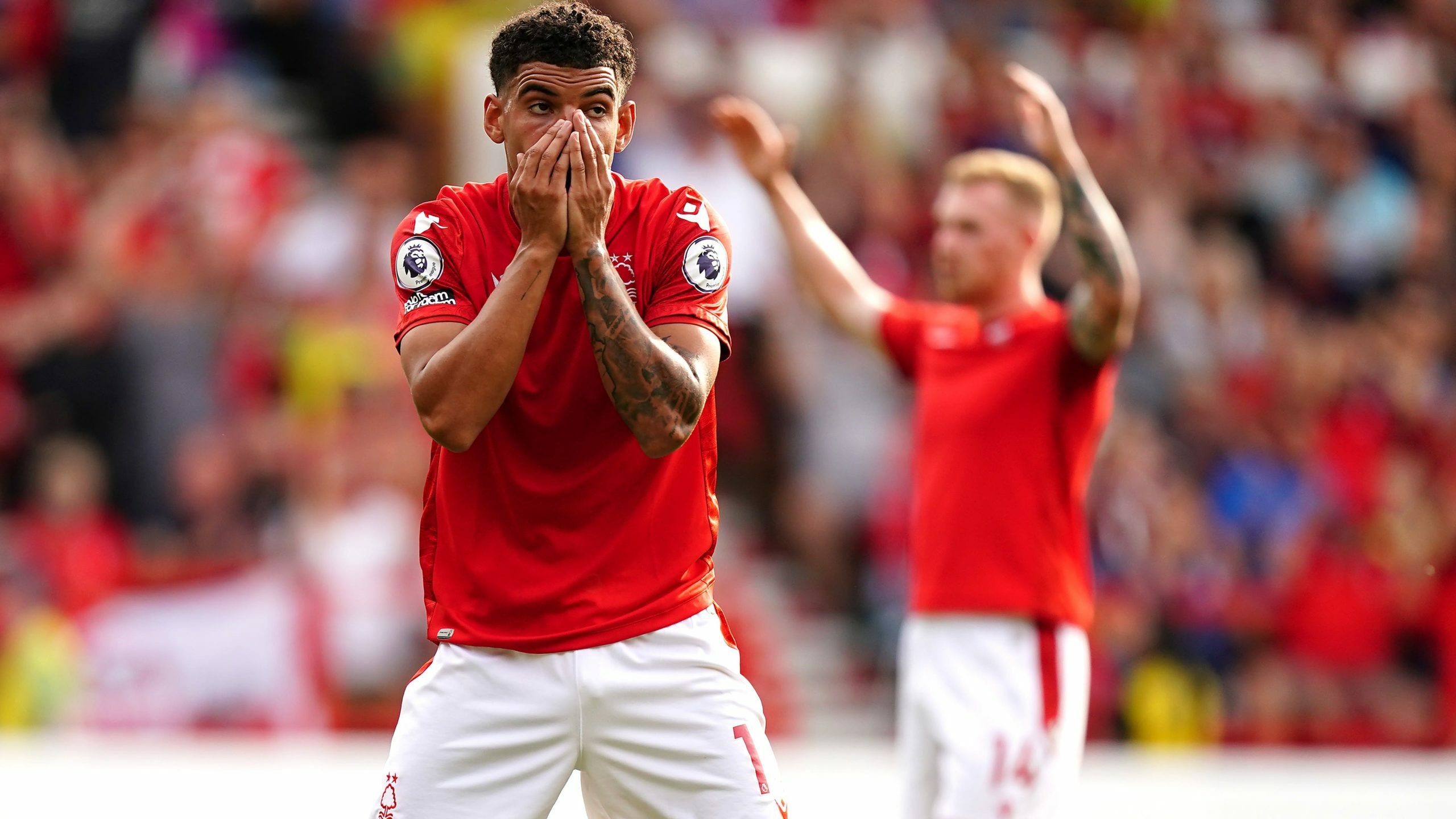 Gibbs-White pulled out of England Under-21s duty with a foot injury while McKenna withdrew ahead of Scotland’s game with Ukraine due to a knee injury.

Both men will be assessed ahead of Monday’s visit to the King Power Stadium, with Steve Cooper not giving much away.

“Morgan obviously missed out on the England Under-21s but we are integrating him back into training over the last day or two,” the boss said.

“We are not 100 per conclusive on that yet but we are hoping so.

“Scott is a doubt to be honest. He had to withdraw early from the Scotland camp. With regards to Monday we are unsure whether he will be available for that.

“Both the guys who stayed here and trained and went away on international duty are good to go, as we were before.”

Orel Mangala is still missing with a hamstring injury along with long-term absentees Moussa Niakhate and Omar Richards.

Richards suffered a broken leg in his first pre-season outing following his move from Bayern Munich, but is entering the final stages of rehab.

“He is not back in training, we are really happy with his progress, we are seeing him frequently on the grass.

“He is not with us yet, but we are close to the final stages of his rehab. It is still weeks rather than days but we are really happy with his commitment.

“It has been such a frustrating time for him, managed to lure him to come here and after a few days he picked up the injury and we have not seen him in training since.

“He is still very much part of what we are doing here, he is working hard, unfortunately he has had a bit of company in the treatment room with him but he is working hard and hopefully sooner rather than later we will see him out with the team.”

Forest slumped to four successive defeats before the international break, with particularly damaging home defeats to Bournemouth and Fulham.

That leaves them in the bottom three and enduring a tough start on their Premier League return.

“The Premier League is tough, it is brilliant to be part of it but game-by-game it is a real tough ruthless envirnoment,” Cooper added.

“But we wanted this, we wanted to be part of it and after a couple of disappointing weeks before the break we are really determined to progress. We have to pick up more points than we have done.

“It is now part of the challenge of what was going to be a tough season and we have to work really hard to put things right.”