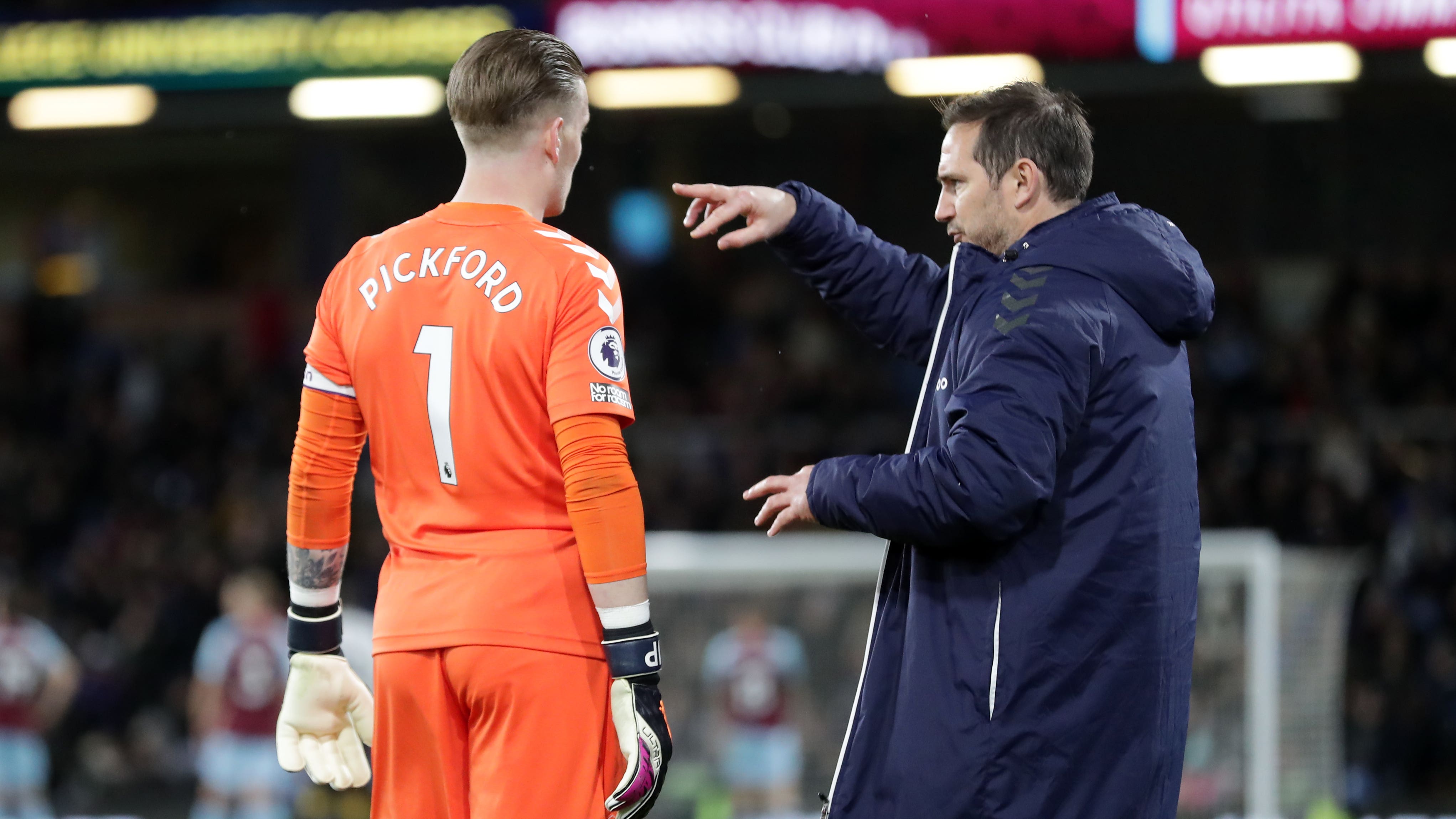 By By Carl Markham PADecember 24, 2022No Comments

Everton manager Frank Lampard is confident the club can match the ambitions of goalkeeper Jordan Pickford as contract negotiations continue with the England number one.

The 28-year-old has 18 months remaining on his current deal but as the national team’s undisputed first choice, there remains the possibility Pickford will want to look for Champions League football – especially after last season’s close-run relegation battle.

Lampard is optimistic that is not the case and believes the goalkeeper is content at Goodison Park.

“I feel we can (match his ambitions). I don’t think it’s straightforward to look at any individual in terms of what their ambitions are,” said the Toffees boss.

“Jordan is England’s number one and has secured that position relatively which has been an amazing achievement by him because we know how difficult that is.

“He’s played for Everton and was a huge reason we had a great run towards the end of last season and stayed in the league.

“Jordan feels very happy being at this club, I don’t want to speak for him, but that’s the impression I get from him.

“So I don’t think it’s as simple as that. I like to think he’s very happy here. We’re a huge club with a huge history and big ambition and he’s a big part of that.

“Having been a player myself, maybe I was fortunate to play Champions League a lot.

“When I felt comfortable at a club, I came in with a smile on my face every day and I looked forward to every game that came up whether it be Premier League, Carabao Cup or Champions League, whatever.

“If Jordan feels like that, we can match each other’s ambitions and in terms of getting him to stay longer, I don’t see that as a problem.”

The Boxing Day visit of bottom side Wolves represents a hugely-significant restart to the Premier League for Everton.

Lampard’s side have lost five of the last seven, taking just four points from a possible 21, and sit just a point outside the bottom three.

They have won just three times as last season’s dreadful form has continued into another campaign so the break for the World Cup did them a favour in stopping the bleeding for a time at least.

“There have been certain challenges in terms of scheduling and the workload being staggered for different players, but I don’t think it’s a bad thing,” added Lampard on having five weeks without a game.

“Freshness of mind, sometimes, and having a break is a good thing. We forever talk about how busy our schedule is, and then something comes and breaks the schedule up and you can use it in a positive way.

“I think we have done that, there have been challenges, but I hope to see a team run out that has a freshness about them, an energy and fitness as a basic point.

“I don’t think we need a fresh start necessarily. A nice break adds some freshness in us, but we know what all the targets are, we know the games that are ahead of us and same as before the break, we want to win them.”