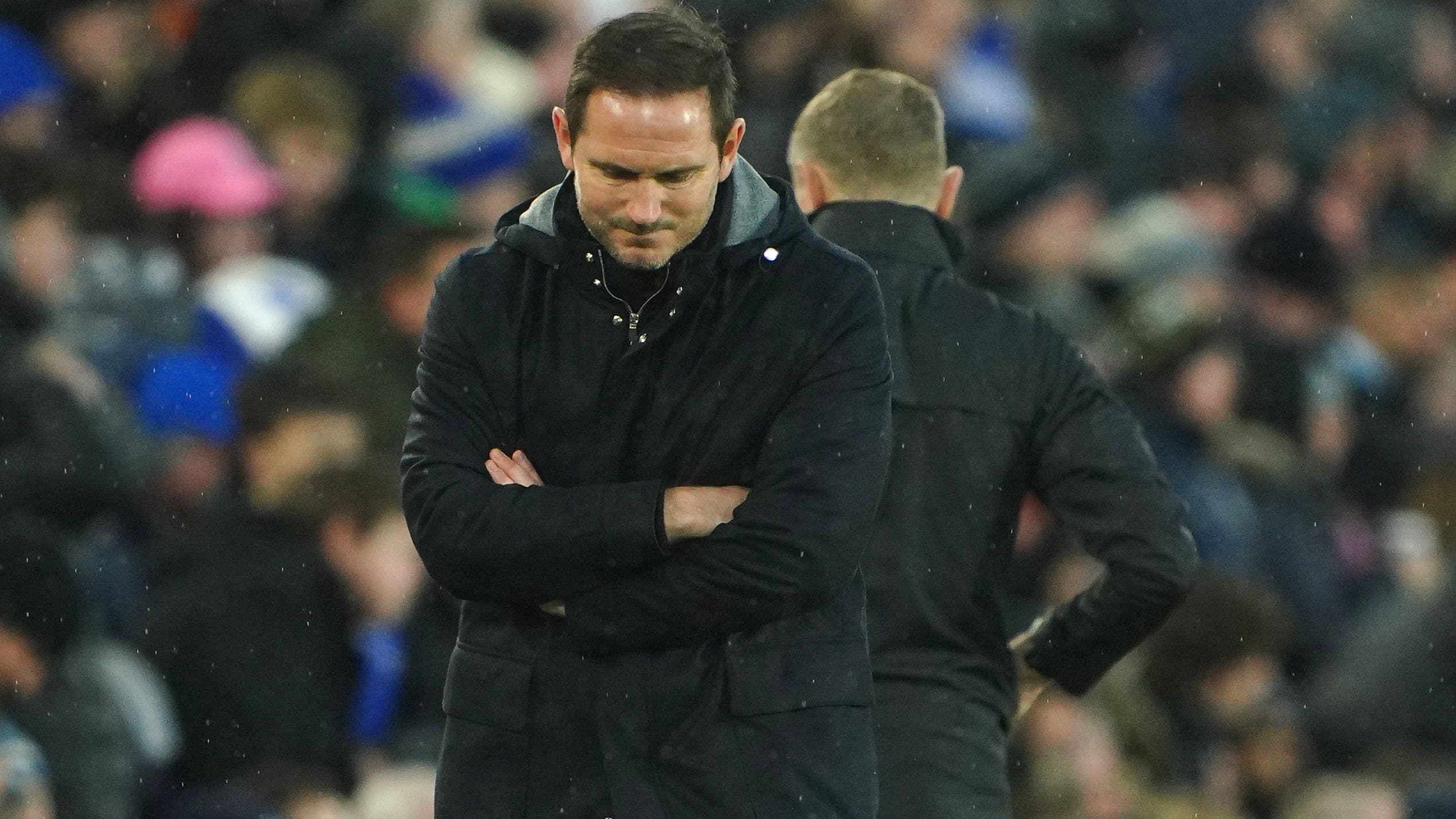 By By Carl Markham PAJanuary 15, 2023No Comments

Everton manager Frank Lampard remains confident he can turn around Everton’s slide towards relegation but admits he is not a miracle worker.

In the days leading up to the 2-1 defeat to bottom side Southampton, owner Farhad Moshiri had expressed his faith in Lampard, director of football Kevin Thelwell – both approaching their first anniversaries at Goodison – and the club’s board.

But with just one win in the last 13 matches and no new, much-needed, signings as the transfer window enters its third week the Toffees – who are only off the bottom of the table on goal difference – are facing an uphill battle to arrest their slide.

“We’re in a tough moment so everything can look tough and feel tough but in terms of my abilities, I always remain confident about that,” said a beleaguered Lampard, whose overseeing of a fourth successive home defeat is the worst run since 1951 when the club was last relegated.

“I know I’m not a miracle worker and I know I’m not the best coach in the world – to proclaim that would be stupid because so many people have got successes behind them – but I know I’ll work as hard as I can to be as good as I can be and that’s it.

“I have to work with the team that I’ve got and find a way to make us as good as can be.

“The message to the fans is that I want to create a team that can fight, show passion, I show that myself to be fair.”

That task in itself appears a daunting one as his side are finding it almost impossible to draw matches – just two in this current 13-game downward spiral – never mind win them.

Amadou Onana, the one bright spot on an otherwise miserable afternoon at Goodison Park, scored his first goal for the club since his £34million summer transfer from Lille and that should have given the home side the boost they needed to end their barren spell.

But James Ward-Prowse scored from Che Adams’ knockdown just two minutes into the second half and, when substitute Anthony Gordon’s nonsensical foul on Adams presented Ward-Prowse with a free-kick, the Saints midfielder whipped home a trademark effort to secure a precious win.

Thousands of fans joined a post-match sit-in to protest against the board’s running of the club and, while police had to cordon off the exit to the players’ car park, it did not prevent some members of the squad – Yerry Mina and Gordon, for example – being confronted in their vehicles on roads surrounding the ground.

Death threats sent to chairman Bill Kenwright and the recent physical assault of chief executive Denise Barrett-Baxendale forced Everton into the unprecedented step of ordering all board members not to attend their match with the Saints.

Everton’s next match is at West Ham, themselves in deep trouble in 18th and only above the Toffees on goal difference, and is one they have to find a way of winning.

It is a knack Southampton appear to have discovered after a third victory in eight days in three different competitions.

Nathan Jones has finally benefited from a new manager bounce and his first Premier League win, after beating Crystal Palace and Manchester City in cup competitions, has injected new life into their bid to beat the drop as they are now just a point from safety.

Ward-Prowse was a key component in the victory with his winner moving him to within two of David Beckham’s Premier League free-kick record of 18.

“Unless somebody comes in and cut off his right leg, I think that record is under threat,” said Jones.

“He’s one of the best technicians I’ve ever seen, the consistency he shows is world-class, and the quality isn’t going to diminish in any way.”

Jones said his 28-year-old captain had been a key man for him since arriving in November.

“His attitude has been absolutely outstanding since I came in,” he added.

“My first conversation was with him was 10 minutes after he didn’t get picked for the England (World Cup) squad and since that moment he has been absolutely world class.

“The way he reacted, everything about it, and we are seeing performances which are really motivated and driven.”