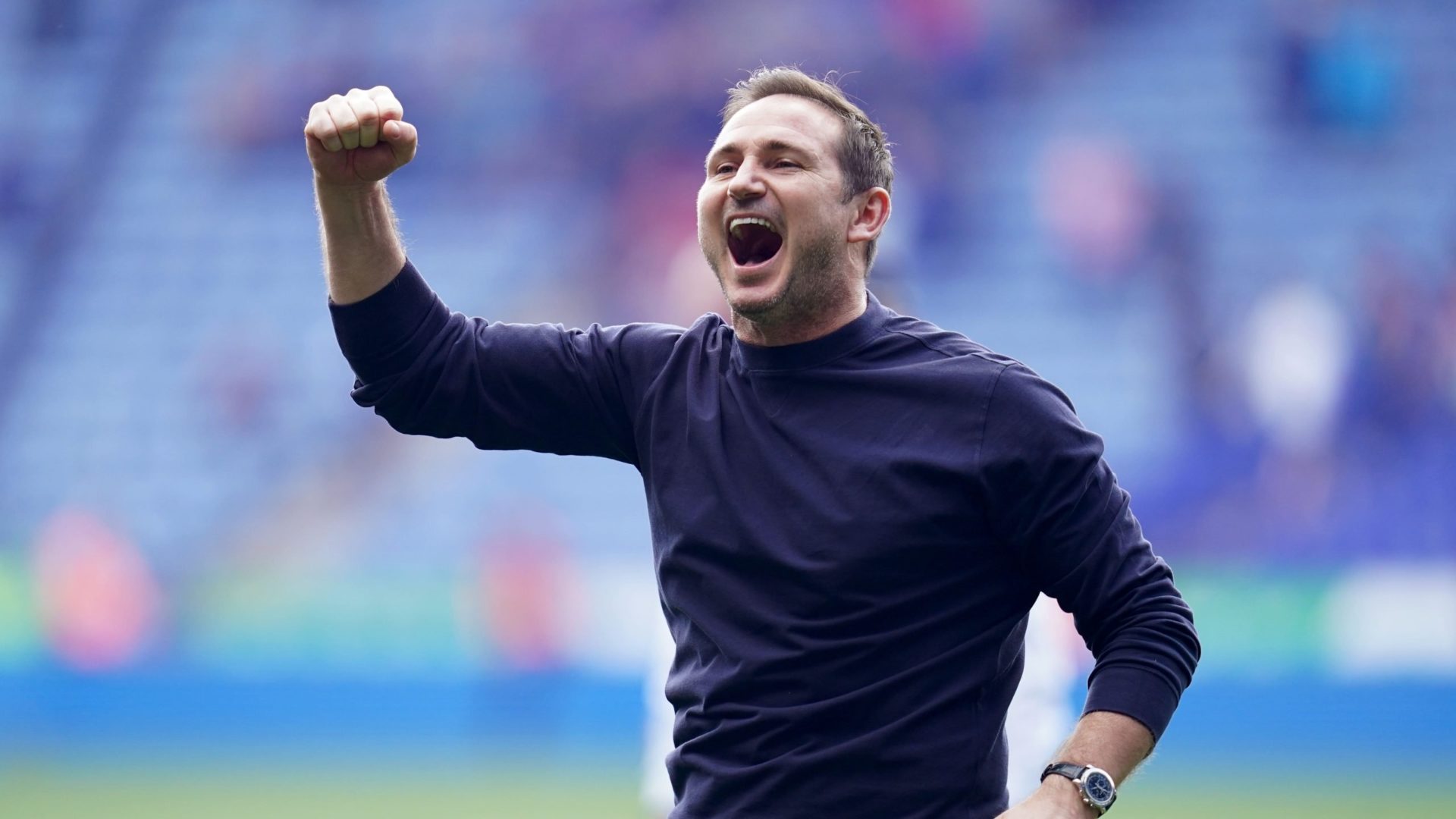 Frank Lampard revealed Mason Holgate climbed off his sick bed to cure Everton’s away day blues and hand them a massive survival lifeline.

The defender’s header earned a vital 2-1 win at Leicester to propel the Toffees out of the Premier League relegation zone after a first away win since August.

They are a point above Leeds and Burnley with a game in hand having been five points behind the Clarets before last week’s 1-0 win over Chelsea.

Vitalii Mykolenko’s brilliant volley had given them the lead only for comical defending to gift Patson Daka a leveller.

Holgate restored their lead before the break and Everton boss Lampard praised the defender as well as recognising the importance of the victory.

He said: “He was sick yesterday, he couldn’t train with us, couldn’t travel with us and arrived at the hotel separately and then woke up this morning and said ‘I’m playing this game.’ That is the attitude which will get us through.

“We’re still in a relegation fight, if we want to get out of it, it has to be together as a club and we’ve seen that in recent weeks.

“(It is defining) only if we make it defining but it’s a huge result for confidence. We haven’t got back-to-back wins for a while so the players should take huge confidence.

“A week ago on Saturday we were five points from safety and now we’re a point safe but there is more to do. We can buy into it but we have to make sure we protect against over confidence.”

Leicester were slow to react from a throw-in and Alex Iwobi crossed for Mykolenko on the edge of the box and the Ukraine international smashed a brilliant volley into the bottom corner.

The lead was short-lived, though, as the Foxes levelled five minutes later.

Mina and Seamus Coleman went to compete for Kelechi Iheanacho’s hopeful ball only to collide and present Daka with a golden chance which he fired past Jordan Pickford.

Yet Everton regained their composure to grab the winner after half an hour.

Leicester’s weakness from set-pieces was again their undoing as Richarlison met Demarai Gray’s corner and, while his header was saved, the Foxes were slow to react and Holgate escaped the attention of Daniel Amartey and Timothy Castagne to nod in the rebound.

Leicester could not recover but Everton owed much to Jordan Pickford after three vital second-half stops secured them the points.

A low save from Barnes’ 25-yard effort capped a fine performance from the England goalkeeper.

Leicester remain 14th to end a disappointing week after they were knocked out of the Europa Conference League semi-finals by Roma on Thursday.

Foxes boss Brendan Rodgers said: “We had an open honest conversation (post match) and that is the best way to go forward.

“We need some honest feedback to allow us to go forward. What we have done in three years is to go from a team possibly happy to stay in the Premier League to one disappointed not to win a trophy.

“We need to keep improving and developing and if we finished in that position, even with the injuries, it would be very disappointing.

“I still hoped to finish in the top 10, we have played 19 cup games – half a season more than a lot of teams – and throw in the injuries it’s been a real challenge.”