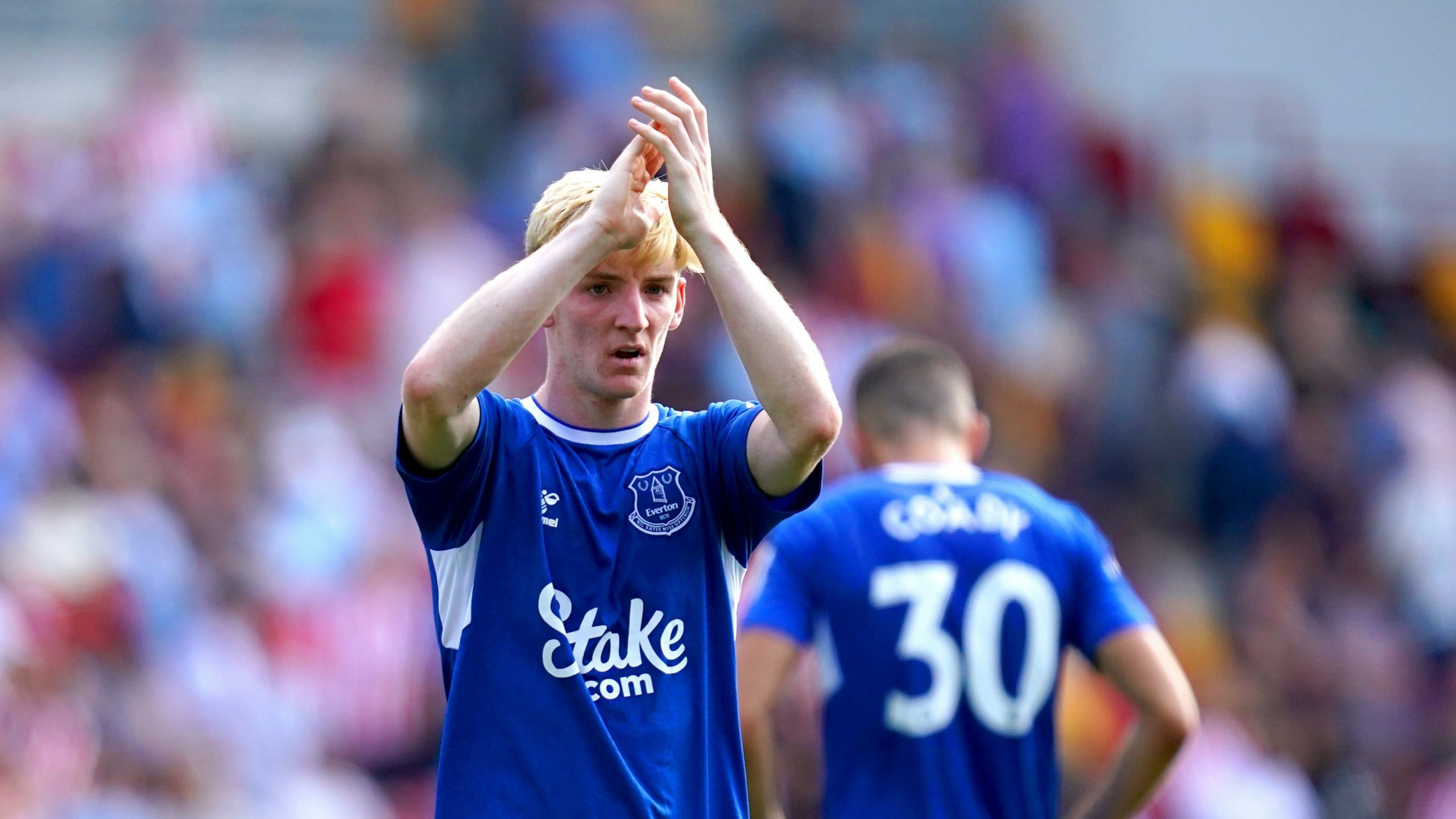 Frank Lampard: I want Anthony Gordon to stay at Everton

Everton boss Frank Lampard praised Anthony Gordon for shutting out the noise surrounding a potential switch to Chelsea after his goal in the 1-1 draw at Brentford.

With the Blues rumoured to be poised with a £60million bid before Thursday’s deadline, winger Gordon capped a fine display with a well-taken first goal of the season.

The 21-year-old raced on to a Conor Coady through-ball and took a touch before calmly placing it past Bees keeper David Raya.

“It’s what I wanted from him,” said Lampard. “It was a great run, great timing and a great pass, and his composure was great.

“I’m delighted for him and thought his all-round performance was great. There’s pressure on him and I thought he handled it brilliantly.”

Lampard has given the Blues an ultimatum to show them the colour of their money, and they may need even more following this latest display.

But the former Chelsea player and manager added: “He’s a level of player at 21 years of age, with what he showed last year, everyone is talking about and clubs are interested in him, and have had a nibble at him.

“But he’s our player so I don’t come away from today thinking ‘oh dear that’s made someone keen to pay more millions for him’. I come away thinking ‘he’s an Everton player and I want him to stay. Simple.”

Toffees defender James Tarkowski can see what all the fuss is about.

He told Sky Sports: “He has been different class. All the paper talk and all the speculation, to be fair he just cracks on.

“Whatever comes will happen, but I love having him on my team. There is a reason why teams are after him.”

If Chelsea do make their move and Gordon leaves then this was almost the perfect goodbye as he fired Everton to the brink of their first win of the campaign.

However Brentford, who had hit the woodwork three times, equalised through Vitaly Janelt’s close-range strike six minutes from time.

The Bees had beaten Manchester United 4-0 in their previous home match and boss Thomas Frank felt they should have replicated that scoreline.

“How did we not win? That will be an unknown mystery forever,” he said. “Wow, what a performance. In many ways it was better than the United game.

“It’s a game we should win nine out of 10 times, we created seven big chances and hit the woodwork three times.

“There were so many positives. If we had those chances again we win that three or 4-0.”