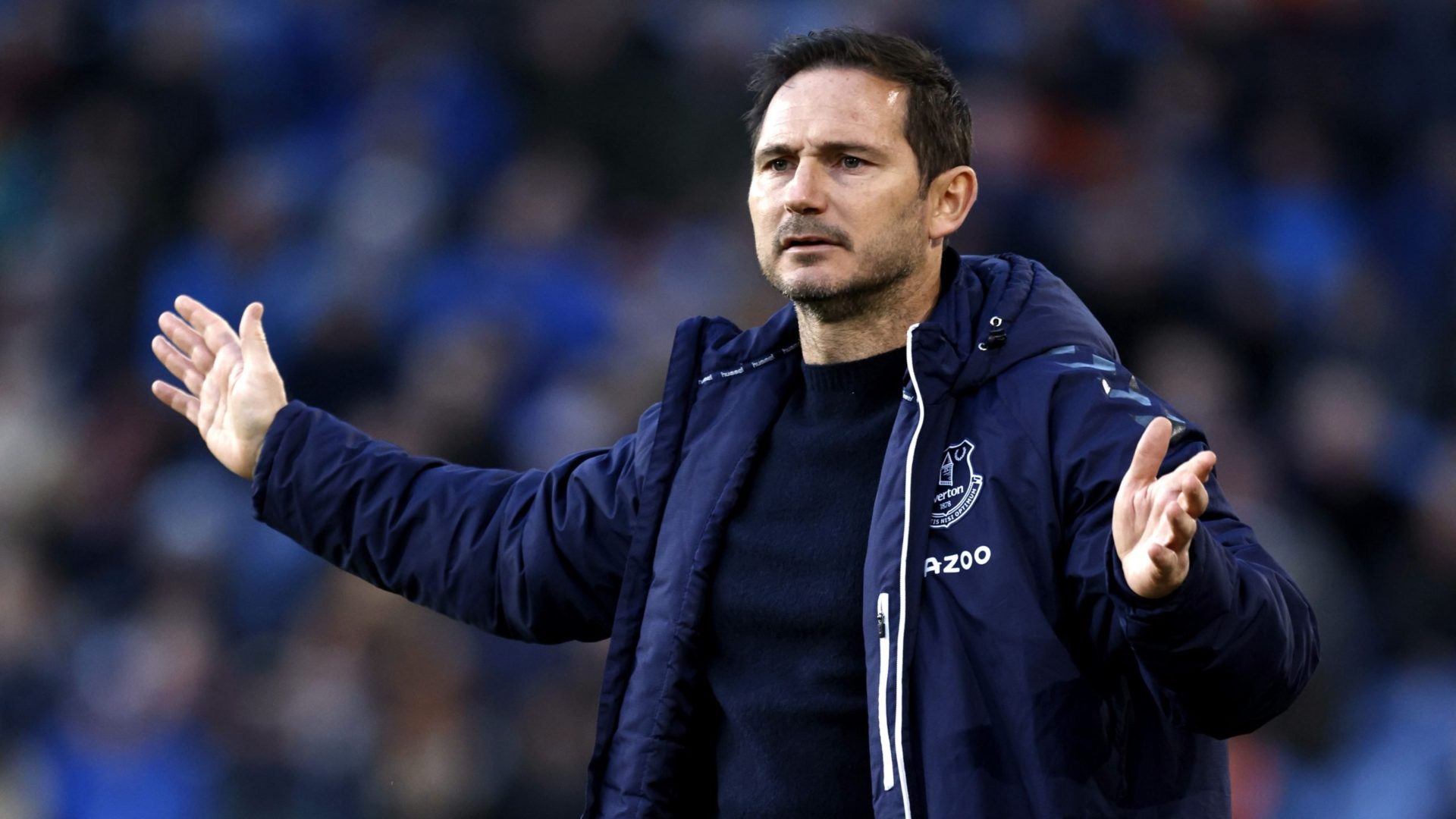 Manager Frank Lampard insists he is committed to Everton for as long as the club want him.

The Toffees are battling against their first relegation in 71 years and are two points adrift of safety – which could become five, albeit with two matches in hand – by the time they kick-off at home to Lampard’s former club Chelsea on Sunday.

Everton have managed just three Premier League wins since the former England midfielder replaced Rafael Benitez at the end of January and a drop into the Sky Bet Championship is now a worrying reality.

Asked whether he would continue as manager if the team were relegated Lampard said: “I don’t want to get drawn on that question but what I will say is I’ve loved every minute at this club.

“I’ve been welcomed incredibly well by fans. I’ll give it everything for as long as Everton want me here.”

His job, however, has been made slightly more difficult by the loss of defender Ben Godfrey for potentially the remainder of their relegation battle.

The defender injured a thigh muscle in the warm-up ahead of last weekend’s Merseyside derby defeat at Anfield and with fellow centre-back Yerry Mina having only just returned from more than two months out Godfrey’s absence is a significant blow.

“Ben’s out and will be a few weeks out,” added Lampard.

“We would love to get him back before the end of the season but it will be a close call.”

Lampard is also missing midfielders Donny Van De Beek (groin) and Andre Gomes but will be able to call on striker Dominic Calvert-Lewin, whose injury-plagued season continued as he sat out the last two matches.

Following the defeat to Liverpool the club wrote to Professional Game Match Officials Limited to register a complaint about the way a penalty appeal against Anthony Gordon was handled.

It was the second time they had cause to take such action, having received an apology from PGMOL boss Mike Riley last month after the failure to award a potential penalty equaliser against Manchester City for a handball against Rodri.

But there has been no such response this time around.

Lampard said: “I didn’t expect there to be another one, to have two apologies in critical games against the two strongest teams in the country. Against Manchester City that cost us a point on the day.

“Against Liverpool who knows what that cost us if we get a penalty and go 1-0 up, that’s hard to gauge.

“But they are things which can clearly affect you in a relegation battle.”

The FA also wrote to Lampard this week asking him to explain his comments about the officiating in the derby.

“They wrote to me, I wrote back to them. At that point, I haven’t heard anything further,” he said.