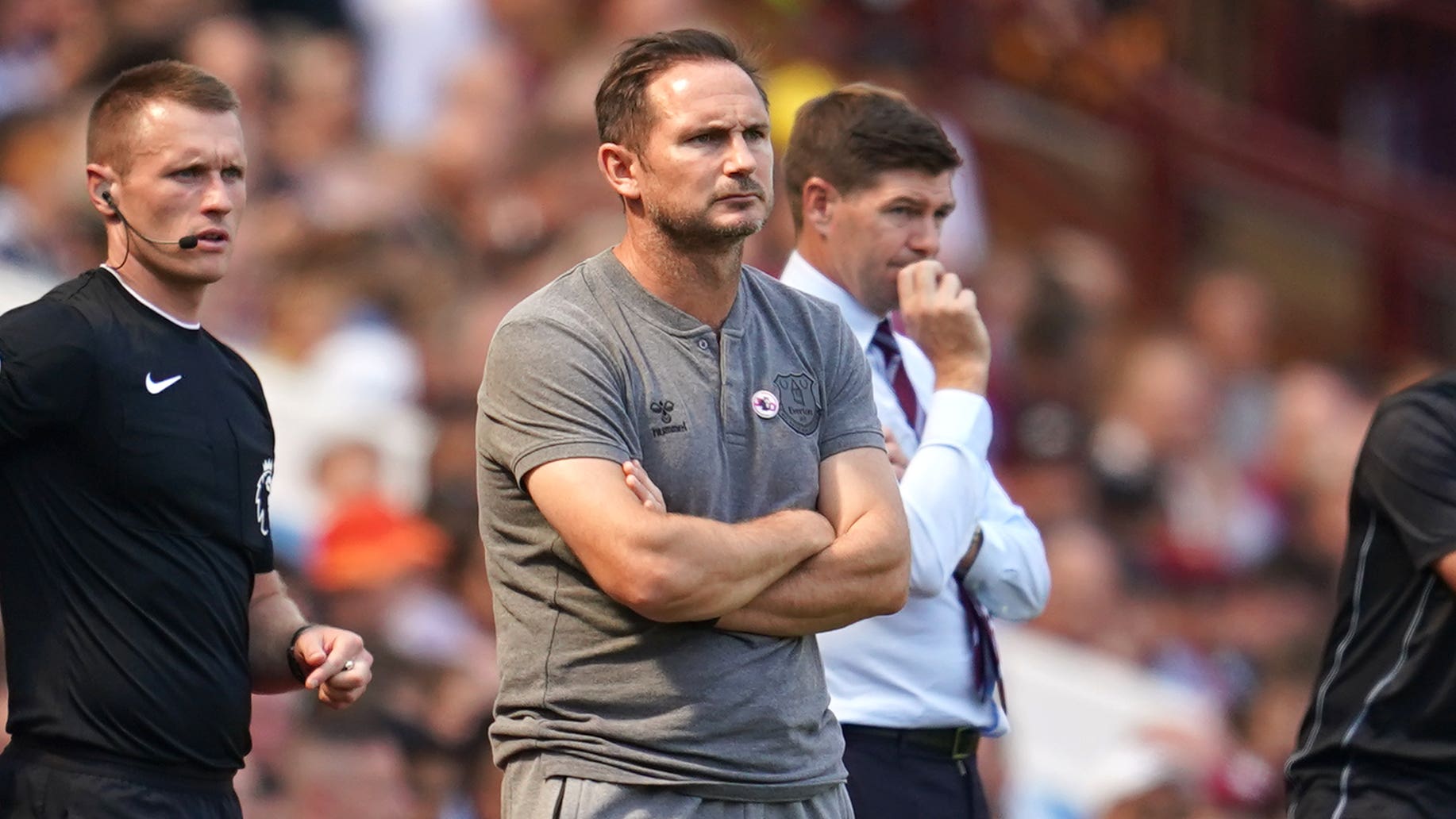 Everton boss Frank Lampard has stressed the need for managers to be given time following his former England team-mate Steven Gerrard’s sacking at Aston Villa.

Gerrard, who had been in charge at Villa since November last year, was dismissed by the club on Thursday after a 3-0 defeat at Fulham left them 17th in the Premier League.

Speaking at his press conference ahead of Saturday’s home game with Crystal Palace, Lampard described Gerrard as someone he has “a huge amount of respect for as a player, a person, a manager, a coach”, and “a very tough lad”.

And he said: “We all understand the jeopardy of the job we work in, and there are a lot of pluses to it, huge pluses. But as a coach in the modern day, you need time to work, circumstances to work.

“We’ve all got responsibilities, we’ve got to try to get results. But sometimes time isn’t afforded in the modern day.

“To go through the patches, to try to get growth, to try to get to where you want to, there’s always something in the road that catches you and moments and periods, and you have to give people time to do that.

“We have great examples in the Premier League. The coach who’s top (Arsenal boss Mikel Arteta), rightly lauded as an amazing coach – there’s been many a time when people have questioned whether he should be in his job. Other coaches…(where) people start to appreciate the job they do over time. As a general thing, I think that would be what I would look at.”

Lampard’s side are only a point better off than Villa in 15th place after losing their last three games, 2-1 at home to Manchester United, 2-0 at Tottenham and 1-0 at Newcastle.

And the former Chelsea boss, who took charge at Everton in January with the club 16th in the table, said: “You’d be naive to think you go through a season, in our position, without periods like this.

“It was clearly a tough run of games on paper of teams that were ahead of us in where they’re at and recruiting constantly and adding to their squads, all three of our last games, two away from home.

“I thought we approached all of them in a good way to an extent, and then for different reasons we didn’t come up, and maybe that is the difference and the gap that we have to work to and aspire to, and – back to maybe my previous answer – understand that things take time.

“There will always be a moment where people maybe question a few things after defeats, and you go ‘that’s fine’. Because sometimes that is good for us, to go ‘where can we be better?’ And now the coming games are a good opportunity for us to show that.

“Going to Tottenham, going to Newcastle is not easy. So I’m not too concerned with what the last few games have looked like. I want improvement in our own way. Tomorrow’s a completely different animal against a very good team, but back at Goodison. So we have an opportunity to answer some of those questions.”

Dominic Calvert-Lewin made his first start of the season against Newcastle as he continued his comeback after a knee injury.

Lampard said: “We can’t take it lightly in terms of how much we’ve missed him, because we’re not in a position to replace that with another £50million striker.”

Lampard confirmed the England international had no adverse reaction after his 73-minute run-out, but would only say “we’ll see” when asked if Calvert-Lewin was ready to play from the start against Palace.