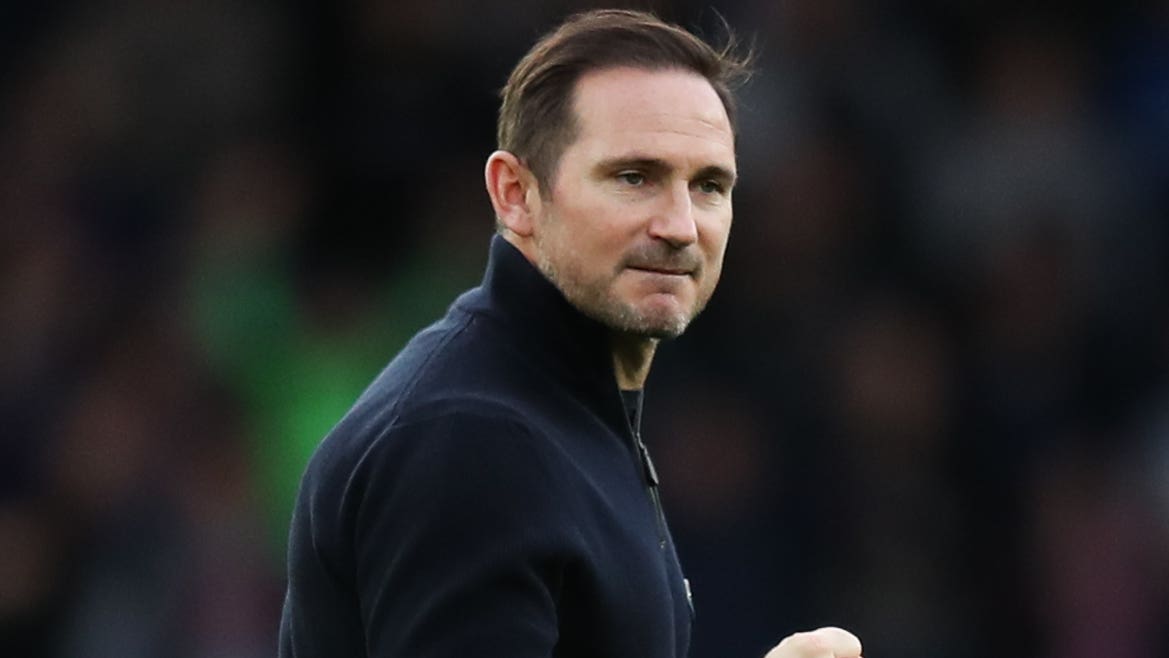 Frank Lampard looking for consistency as Everton travel to Fulham

The Toffees ended a run of three straight defeats by beating Patrick Vieira’s side 3-0 at Goodison Park in a performance Lampard described as a “template” for his side going forward.

But despite that positive feeling, Lampard knows consistency will not come easily as he looks ahead to Saturday’s trip to Fulham.

“In a really small passage of time that I’ve been here we’ve been working towards something and you get games where things come together and there are a lot of positives,” he said.

“There are always things you can improve and as much as it was good, it’s important to reflect on what can be better.

“On the back of the results going into that game, we needed a result and a performance and the lads delivered, but we need to do that consistently now and improve…

“For sure that’s the next challenge. This league is hard, it won’t be easy to do, not many do except the top teams. We were in a good moment last week but we go to a difficult opponent who are playing well themselves so it all starts again.”

Lampard knows he must continue to adapt his tactics each week, but what encouraged him against Palace was the way the players executed what was asked of them.

“When I say ‘template’, let’s not replicate those exact tactics or that system every game,” he said. “There are different challenges, different threats every week in this league and you have to adjust but the way the players worked, the idea of how we wanted to play was there.

“There’ll be tweaks for Fulham who are different to Palace but I was pleased with the level of application from the lads, in every position, in every relationship on the pitch, the way they took on what we wanted to do and did it really well.”

The trip to Craven Cottage will see Everton come up against former manager Marco Silva, who is enjoying a strong start to the season with Fulham up in seventh place, their 22 goals scored putting them behind only Arsenal, Manchester City and Tottenham.

“I think they’re a team getting results and playing well,” Lampard said. “They will be very happy with their start.

“They’ve got good players and a good way of playing, good energy and it’s a difficult place to play.

“We’re under no illusions as to what sort of day it will be but we have to concentrate on ourselves and have a belief we can challenge, which I know we can.

“We have to turn up with the right attitude and application and I think we’ll be in for a good game.”