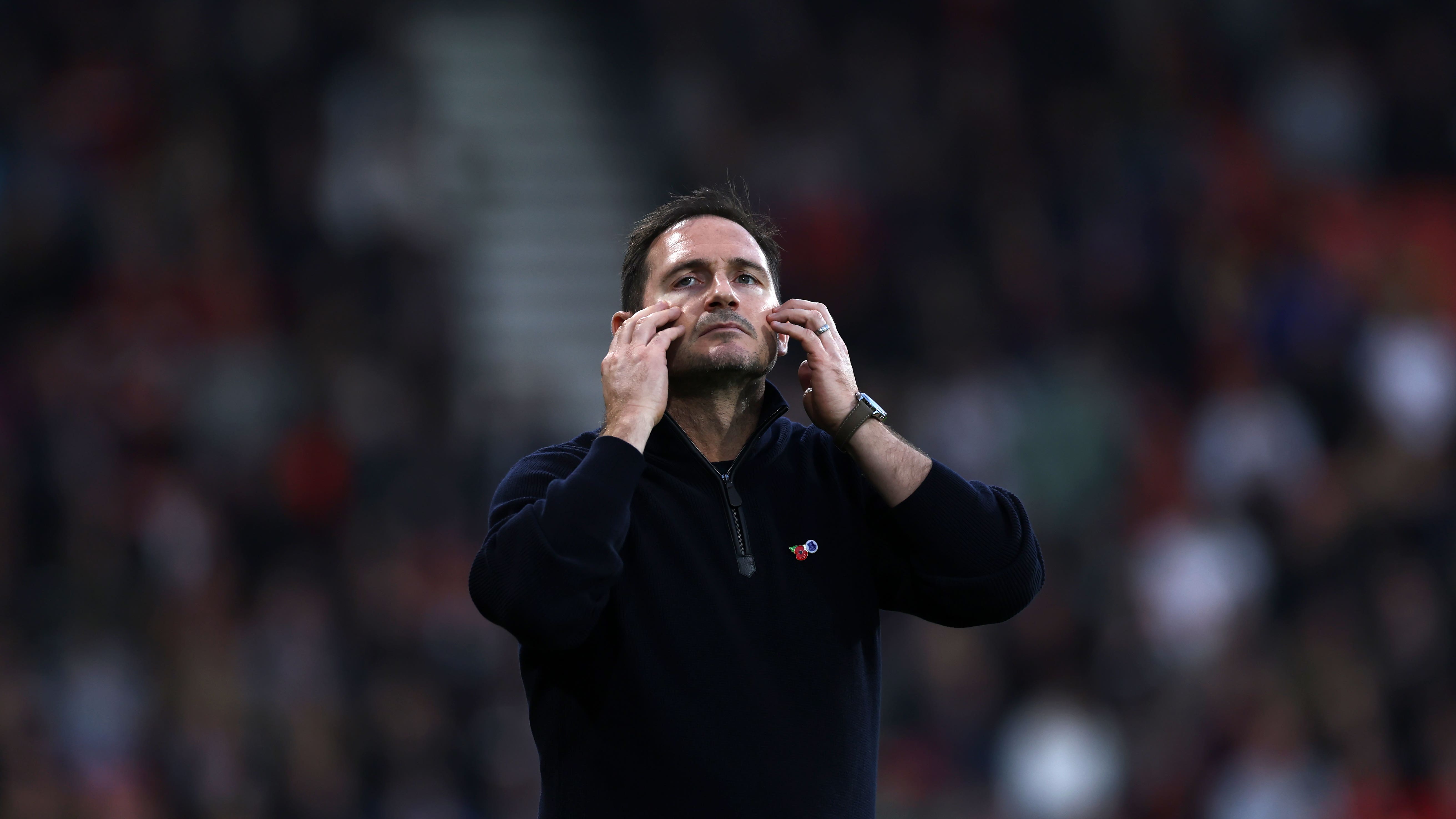 There appears to be no stand-out candidate to replace him but whoever it is faces a difficult task with the team next-bottom of the Premier League having won just once in the last 14 matches in all competitions.

The PA news agency looks at how Everton are in this position.

Why has Lampard gone?

It is stating the obvious really but three wins all season, nine defeats in the last 12 league matches and a total of 35 points from his 38 Premier League games since taking over almost a year ago tells its own story. The club is mired in a second successive fight against the drop and a first relegation since 1951 looks a real threat.

He has not even been in charge for a year, what has gone wrong?

Lampard inherited a mess from the hugely unpopular former Liverpool manager Rafael Benitez but having taken over a team in 16th place and four points above the relegation zone last January they have gone further backwards. But the problems run deeper than that as the downward decline has been gathering pace since 2015.

How have things got worse? Lampard was supposed to be the antidote to 200 days of Benitez blues.

Recruitment has been an underlying issue for several years and it has been no different under Lampard. With Dominic Calvert-Lewin missing a large chunk of last season – and the sale of top scorer Richarlison in the summer – the need for a new striker was imperative. However, spending £15million on Brighton’s Neal Maupay (27 goals in 115 Premier League appearances) never looked the answer and £20m on relegated Burnley winger Dwight McNeil (nine goals and 18 assists in 152 Premier League games) appeared a luxury purchase they did not need. They were interested in Blackburn’s Ben Brereton-Diaz but put off by the £15m valuation for a player in the final year of his contract. Another injury to Calvert-Lewin, restricting him to just 11 games, compounded the issue. Everton wanted Danny Ings in the January window but Financial Fair Play restrictions meant they could not sanction the £12m up-front fee. Even savvy signings Conor Coady (on loan) and James Tarkowski (free) appear to be feeling the pressure.

How much is Lampard to blame?

His admission earlier this month he did not expect the team to improve much on last season’s penultimate-game escape from relegation was both damning and alarming to supporters. Even after almost a year in charge Lampard had no settled formation and defined style and as results got worse the 44-year-old, with limited experience at Derby and Chelsea, looked increasingly out of his depth.

So fans will be happy he has gone?

Yes and no. Lampard is viewed as being symptomatic of the club’s wider problems in being a poor choice in a long list of bad decisions. Supporters are more angry with the club’s board – particularly long-serving chairman Bill Kenwright and chief executive Denise Barrett-Baxendale – for what they perceive as years of mismanagement which has wasted the significant financial investment (£500m-plus on players and the building of a new stadium) by owner Farhad Moshiri.

Get a new manager in fast. There was more than a fortnight between their last sacking and appointment and it was embarrassingly played out in public with short-listed interviewee Vitor Pereira going on television to unsuccessfully stake his credentials after vociferous objections from fans. Unfortunately the list of options is not particularly inspiring and with no established philosophy within the club and questions remaining as to whether director of football Kevin Thelwell, Moshiri or Kenwright is making the decision there needs to be clarity of thought at the top of the club both for the present and the future. Also, having reached the third week of the transfer window without making a signing there needs to be additions to the squad and preferably not a deadline-day dash like 12 months ago.